RAK Half Marathon lives up to its billing 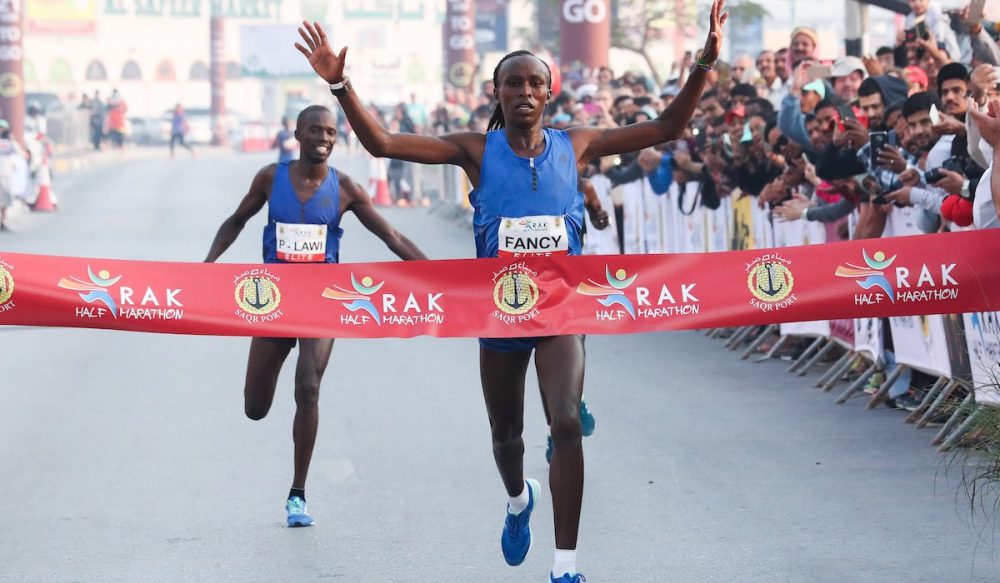 Both course records fell as Bedan Karoki and Fancy Chemutai won the RAK Half Marathon on Friday (February 9).

While world records are still intact, the action in the UAE’s Ras Al Khaimah did not disappoint with one of the best ever half marathon fields on display.

The fastest woman over 13.1 miles Jepkosgei was also racing in RAK put dropped off the fast pace to finished fifth in 66:46.

Chemutai didn’t run away with the race though and was matched by women-only marathon world record holder Mary Keitany, before winning in a decisive sprint finish over the final 50 metres.

Keitany, who will target Paula Radcliffe’s marathon world-record in London this spring with male-pacers, finished second in a personal best 64:55.

Caroline Kipkirui completed a Kenyan podium in 65:07 to cement the RAK Half Marathon in the record books as the first half marathon to have three women finishing under 66:00. In fact, four finished under the mark.

Elsewhere Emily Waugh was the highest placed British runner in 15th with a big personal best 75:11. In January, Rugby & Northampton AC’s Waugh posted 2:38:43 to finish 16th at the Dubai Marathon. 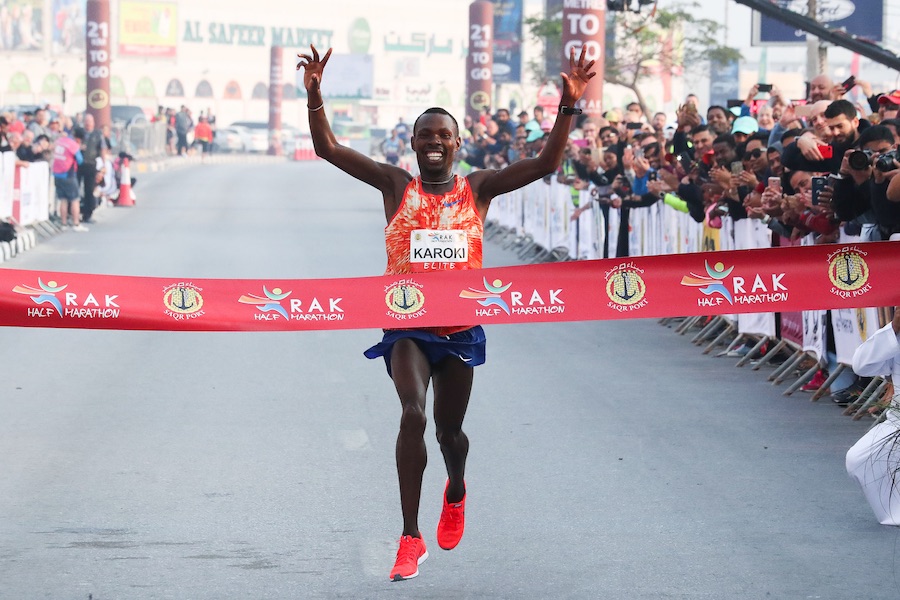 It was a comfortable win for the Kenyan athlete finishing 18 seconds ahead of his nearest challenger, Jemal Yimer.

While someway off the RAK Half Marathon title the young Ethiopian clocked 59:00 which is the fastest ever debut in a half marathon.

Kenya’s Alex Kibet completed the podium clocking a 26 second personal best in 59:06, with seven men in total dipping under 60:00.

Race recap and post-race interviews below.