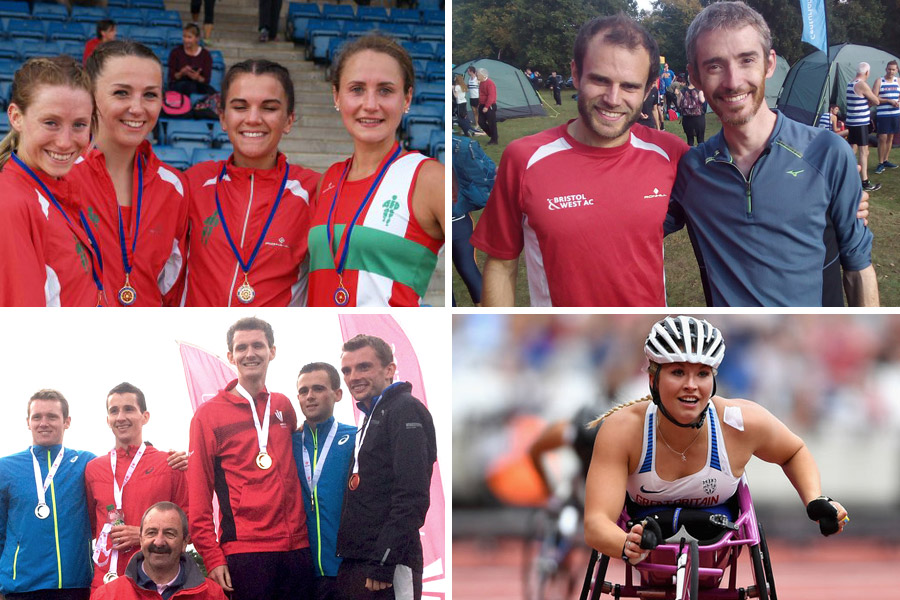 British clubs head to Sutton Park this weekend to contest the National 6 and 4 stage Road Relays, while marathon races take place in York and Chester.

The National Road Relays are a stalwart of the British club scene, and over the last few weeks the regionals have produced some great racing with the winners now keen replicate this on the national stage.

Among those hoping for top honours in the men’s race are Northern winners Lincoln Wellington, Southern champions Highgate Harriers and the Midlands top club Bristol & West AC. While in the women’s race Leigh Harriers, Aldershot Farnham & District and Birchfield Harriers lead the way as winners from their respective regions.

Trying to spoil the party on English soil will be 2016 winners Cardiff AC and silver medalists Swansea Harriers. Last year’s race saw a really close battle between the two Welsh powerhouses with little over three seconds between the two at the finish line. Swansea recently won the Welsh regional Road Relays beating Cardiff AC to the honours, with the Dewi Griffiths and Josh Griffiths running the fastest legs on the day.

Aldershot Farnham & District women have won all but one title in the last 10 year and it’s hard to see past them winning another title this weekend.

Until 1995 the Nationals moved around different regional locations until a decision was made to host the prestigious event at Sutton Park every year.

Since 2001 the distance has also stayed the same at a distance of 5,847m with Chris Davies of Telford holding the course record of 16:25, Newham & Essex beagles are the fastest men’s team to cover the six stages with 1:43:14.

Yorkshire Marathon – York, Sunday 8th October
The Yorkshire Marathon returns for the fifth time. The course has proven PB potential and this attracts a very competitive elite field and has not failed this year.

The leading entry this year is Shadrack Kemboi of Kenya. The top Britons include Ross Houston of Central AC, who comes into the race in fine form after winning the Scottish Half Marathon in 67:42 two weeks ago. Ross has a best of 2:18:28 for the marathon from 2013 which saw him earn a Scottish vest at the Glasgow Commonwealth Games in 2014.

Tom Charles will also be looking to improve his marathon best of 2:23:55 from the Manchester Marathon last year. Tom has timed his build up well running a personal best 67:44 at the Great North Run, following it up a week later with a half marathon win in Abersoch, posting 68:27. The Britons in the race will be looking to take a share of the very healthy £10,000 total prize fund offered by the race organisers.

The 2016 women’s race was won by Sarah Lowery of Sheffield RC in a super quick 2:45:53 who finished over 3 minutes ahead of second.

Chester Marathon, Chester, Sunday 8th October
The fast and predominantly flat route is on closed roads even crosses into Wales for seven miles of the race. Daniel Kestrel who finished second last year to Ben Fish is entered and will be looking to go one better this year.

“The aim is to lower my 2:24 personal best from last year. I’ve had to adapt my training after becoming a father in January, but even with that I feel that I’ve trained much better in the build-up to this race than for London,” said Kestrel to Fast Running.

Katie Jones of Fife Athletics Club took the win last year in 2:53:36. Although Julie Briscoe of Wakefield holds the ladies course record with a very impressive 2:40:26. Marius Ionescu of Altrincham AC holds the men’s record with 2:21:25.

Chicago Marathon – Chicago, October 8th
Sammi Kinghorn will make her marathon debut in Chicago on Sunday. One of Britain’s star Para athletes this year Kinghorn is aiming to better 2:00:00 and achieve the 2:05:00 qualifying standard for next year’s Commonwealth Games.

“I’d love to go under the two-hour mark for my first marathon – that would be amazing. Hopefully, if I push hard enough I can get there,” said Kinghorn in a recent interview.

Kinghorn is best known for her sprinting ability but does have experience racing over 10k on the road and recently competed at the Great North Run half marathon last month finishing second to Manuela Schar. While in the men’s wheelchair race GB Olympian Simon Lawson, winner at the Great North Run will be up amongst the best in the field.

Andrew Heyes is on the start list in the men’s race this year, while Lauren Howarth will return for her third year hoping to replicate the magnificent run from 2013 when she ran a blistering 19:58 topping the yearly rankings.