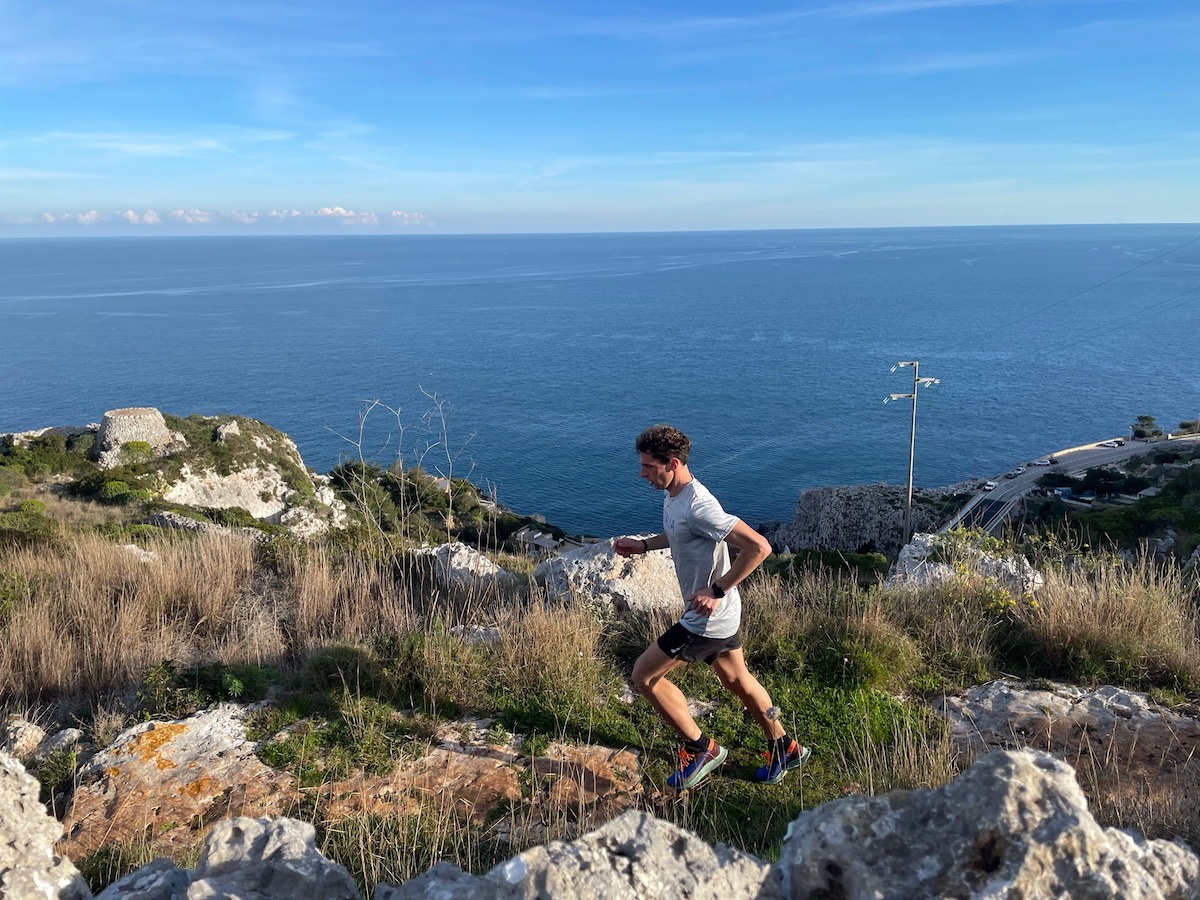 For the next stage of the World Cup we head to a completely different venue, unlike any other on the circuit. Trofeo Ciolo takes place in Gagliano del Capo, right down in the heel of Italy.

We are no longer in the mountains, we’re right on the coast, but this won’t make this race any easier!

Instead of long Alpine climbs and descents, at Trofeo Ciolo we have a rugged, technical path with a lot of shorter ups and downs. The course is 11.7km and it packs 640m of ascent and 518m of descent in almost continual climbing and descending. There will be very little respite for the runners on this course. In fact, the start of the race is immediately steeply uphill, as is the finish.

Exciting competition in the female field

As with so many of our World Cup races this year the fields are absolutely stacked. The two current leaders of the World Cup rankings will be racing, as will many athletes currently lying in the top 10.

Charlotte Morgan (GBR), the current women’s World Cup leader is fresh from victory at Canfranc Marathon. She’s also won Tatra Race Run this year and finished 3rd at Tatra SkyMarathon, and she was of course the World Long Distance Champion in 2018.

Joyce Njeru (KEN) will definitely be one to watch, having won at Grossglockner and Krkonossky this year she is currently 2nd in the World Cup rankings.

Other runners taking part who we’ve seen finish in the top 10 of World Cup races this year include Charlotte Cotton (BEL), 9th place at Canfranc SkyRace, Kitti Posztos (HUN), 10th at Canfranc SkyRace and Timea Merenyi (HUN) who’s not only finished in the top 10 at Tatra Race Run and Krkonossky, but also in the last World Cup overall. So the women’s field looks incredibly exciting. The men’s season hotting up

On the men’s side Henri Aymonod (ITA) is our current World Cup leader, having won Vertical Nasego and finished 3rd at Tatra Race Run and La Montee du Nid d’Aigle. Sandor Szabo (HUN) is lying second in the men’s World Cup with a 2nd place at Canfranc Sky Race and top 10s at Krkonossky and Tatra Race Run.

Petro Mamu (ERI) is fresh from winning Trofeo Nasego and coming 3rd at Vertical Nasego just a few weeks ago and Geoffrey Ndungu (KEN), our winner at Krkonossky who has also finished 4th at Trofeo Nasego and Grossglockner, is also hotly tipped.

All in all it looks like another exciting weekend of racing, which may shake up the World Cup rankings with just 4 more races to go after this one!

About the World Cup

Runners can take part in as many races as they want, and they get points for their finishing positions. Their best 7 results in the World Cup races count towards their final ranking.

The points scoring format is cumulative. Finishing positions in a WMRA World Cup race range from 100 points for first to 1 point for 30th. There are separate competitions for men and women and athletes must compete in at least two races in order to be considered in the final rankings.