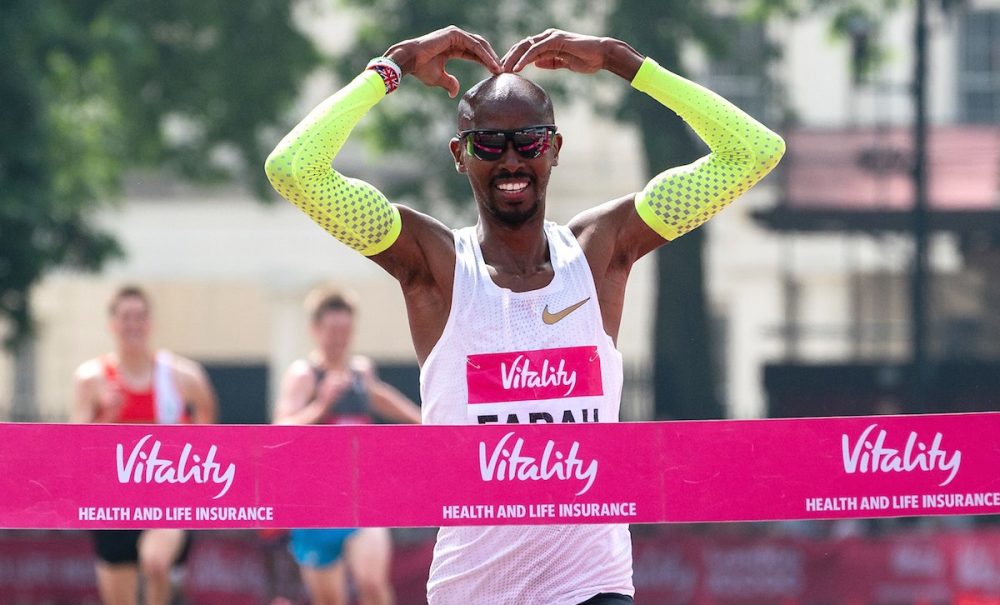 Britain’s half marathon record holder and 2016 women’s champion will return to Tyneside next month.

Mo Farah will look to make history as he bids to become the first runner to win five Simplyhealth Great North Run titles in a row on Sunday, September 9.

Farah, who added the British marathon record to his 13.1 miles best at the London Marathon in April, has competed in every half marathon between Newcastle and South Shields staged since 2013, finishing second in his first outing and winning in 2014, 2015, 2016 and 2017.

“I can’t wait to come back to Newcastle and race again,” said the four-time Olympic gold medallist and six-time world champion. “It’s something I look forward to every year, the crowds are always unbelievable and it’s a good course for racing.

“To be the best in the world you have to beat the best and it’s going to be no different here. I’m looking forward to the challenge.”

In October, Farah will take on Galen Rupp and a host of the world’s best distance runners at the Chicago Marathon.

Olympic and World champion Vivian Cheruiyot will also return to Tyneside as she bids to make it two victories in three years.

The four-time Olympic and five-time world medallist won the world’s biggest half marathon on her debut over the distance in 2016, and finished second to winner Mary Keitany last year.

She said: “I am looking forward to returning to England for the Simplyhealth Great North Run.

“It was a magnificent race when I won here for the first time in 2016 and I want to be on top of that podium again next month.”