Mo Farah and Galen Rupp have tough competition in Chicago 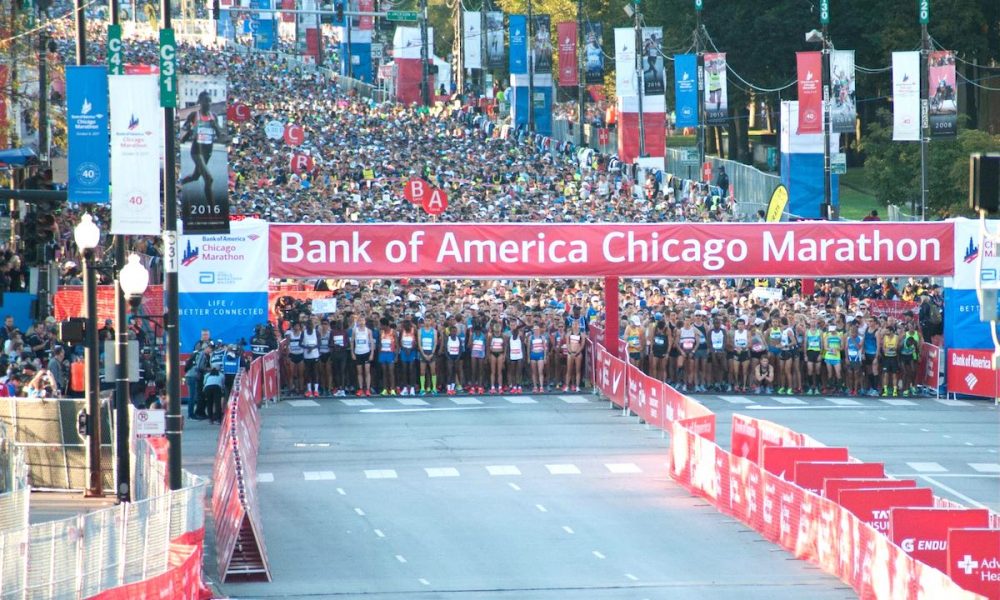 Britain’s record holder and the men’s defending champion are joined by titans, while Alexi Pappas gets set to make her marathon debut.

Among the athletes revealed for the 41st edition of the race are past champions Abel Kirui and Dickson Chumba, 2017 runner-up Brigid Kosgei and two-time podium finisher Birhane Dibaba, while Olympian Alexi Pappas will make an exciting marathon debut.

Moreover, it features five of the top eight men who placed on top of the Abbott World Marathon Majors Series XI leaderboard and two of the top seven women.

“We have put together an exciting elite field, and it should be a fast race to the top of the podium,” said Bank of America Chicago Marathon Executive Race Director Carey Pinkowski. ”This year’s elite field is a collection of some of the best international and American athletes running on the global stage today.”

Among those joining Rupp, Farah, Kawauchi and Suguru Osako in the men’s field is Kenya’s Chumba, who set his personal best 2:04:32 in Chicago in 2014 when he finished third on a historic day that witnessed three of the top five times ever run in Chicago (Chumba is the fifth fastest runner in Chicago’s history).

Chumba came back to win in 2015 and while he tried to defend his title in 2016, he came up three seconds short, finishing second to compatriot Kirui, who also returns in October. Kirui, who has a PB of 2:05:04, literally danced across the finish line when he won in Chicago in 2016, defeating a strong field in a tactical race that saw erratic pace swings from 4:33 per mile to 5:24. He returned in 2017 to defend his title, but he failed to match Galen Rupps kick at the end.

Ethiopian duo Mosinet Geremew and Birhanu Legese bring both youth and speed to a competitive international field. Geremew started 2018 with a bang, breaking the course record in Dubai and posting a fresh personal best, 2:04:00. He has run south of the hour mark four times in the half marathon, and he is a four-time winner of the Yangzhou Jianzhen International Half Marathon.

Legese, the youngest athlete in this year’s elite field, opened the year by making his marathon debut in Dubai, finishing sixth in a swift 2:04:15, while Kenneth Kipkemoi, Paul Lonyangata, Geoffrey Kirui, Bedan Karoki, Stephen Sambu and Augustine Choge (KEN) continue the marathons tradition of welcoming strong athletes from Kenya to the windy city.

In the women’s field, Kenya’s Kosgei returns and will aim to go one better after finishing second to Tirunesh Dibaba in 2017.

Kosgei smashed her personal best running 2:20:22 last year and nine weeks later, she won the Honolulu Marathon in 2:22:15, a course record by over five minutes. Most recently, she finished second in London in a new best, 2:20:13. Ethiopia’s Roza Dereje will also be on the Chicago start line. Dereje impressed in Dubai to start her 2018 season, taking down the course record and setting a three-minute PB, 2:19:17, to become the eighth fastest woman in history.

Birhane Dibaba took home a pair of third-place finishes in Chicago in 2014 and 2015, and she arrives with something only 27 women have accomplished in history: a sub 2:20 PB. Dibaba joined this exclusive club after winning the Tokyo Marathon this winter in 2:19:51.

Japan’s Yuka Ando made headlines in 2017 (just shy of her 23rd birthday) when she clocked the fastest ever debut marathon by a Japanese woman, 2:21:36, at the Nagoya Marathon.

Meanwhile, Alexi Pappas announced her debut on Instagram, writing: “I’ve broken tape in Chicago, paced the 26.2, I’m coming back this October to chase what I dream to do: my MARATHON DEBUT! I’ll see you on the startline. You bravies, you.”

Pappas, a 2016 Olympian (she holds dual Greek and American citizenship), is familiar with the energy and enthusiasm of Chicagos running community. She won the 2015 and 2016 Bank of America Shamrock Shuffle 8K, but her first experience in Chicago was the 2014 Bank of America Chicago Marathon where she led a group of U.S. Olympic Trials hopefuls as a pacer.

I've broken tape in Chicago paced the 26.2 I'm coming back this October to chase what I dream to do: my MARATHON DEBUT! I'll see you on the startline You bravies, you. #chicagomarathon #mychicagomarathon

Pappas experienced an impressive Olympic debut performance in the 10,000m. She set the Greek national record and a new PR to finish 17th in 31:36.16.

Mexico’s Madai Perez also returns to Chicago after a successful run in 2017 clocking 2:24:44 to finish in fourth place.