Mellor, Samuels and Pollock among top names set for Barcelona 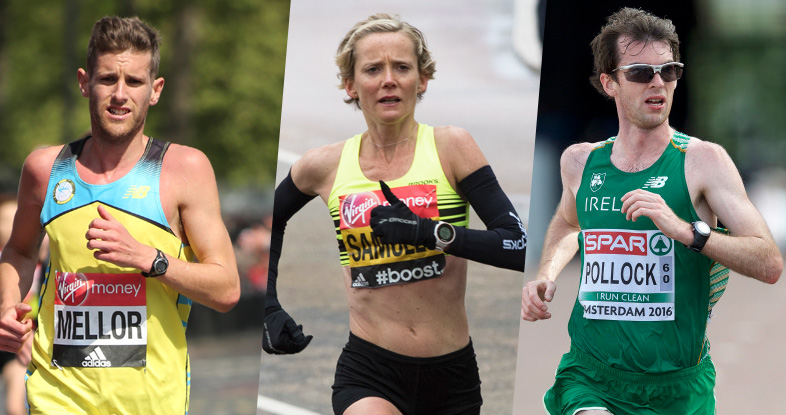 Jonny Mellor, Sonia Samuels and Paul Pollock are among the leading British and Irish runners racing in the Barcelona Half Marathon on Sunday (February 11).

Jonny Mellor along with Ben Connor and Sonia Samuels head the 12 British runners set for the streets of Barcelona this weekend. While Olympian marathoner Paul Pollock is the leading Irish runner of six.

Mellor, who clocked a 62:23 personal best last year in New York will hope for a good performance in the Catalan city as he continues his preparation for the London Marathon in April.

Joining Mellor on the men’s start line is Team New Balance Manchester teammate Connor who will compete in his second half marathon. The 25-year-old has had an impressive cross country season over winter and most recently finished fifth at the Great Edinburgh XCountry.

Luke Traynor, who finished eighth at the Antrim International Cross Country in January, is another second timer over the the distance. In his debut outing over 13.1 miles last year the 22-year-old won the Manchester Half Marathon in 64:07.

Paul Pollock, who recently spoke to Fast Running about his aims for the year ahead, is the fastest over the distance among the British and Irish with 62:09. In his last race, the Irish national cross country champion, clocked a 29:12 personal best on the roads of Madrid.

The 31-year-old will be joined by fellow Irish distance runners Kevin Dooney and John Travers. Dooney, who features in the ‘class of 2018’ has a half marathon PB of 66:05 from 2017 and most recently competed at the European Cross Country Club Championships.

Travers, 26, has a PB of 67:42 and will full of confidence after beating Olympian Mick Clohisey at the Raheny 5 mile road race last month.

In the women’s race, Samuels, who most recently ran 33:26 over 10k in Madrid on New Year’s Eve, will be aiming for a strong run now back down at sea level following altitude training in Kenya.

The Olympian has a 72:36 PB and her main target this year is the Commonwealth Games in April. Joining Samuels is British World Championships marathoner Tracy Barlow.

London Marathon bound Barlow has a 72:48 best and along with Samuels will compete alongside Britain’s best female distance runners at The Big Half next month.

Irish female distance runners set for the 28th edition of the race are Maria McCambridge, Lizzie Lee and Gladys Ganiel. McCambridge is the quickest over the distance with 72:26, while Olympian Lee and Ganiel have bests of 73:27 and 75:08 respectively.

Going for the top podium spots the leading entires in the men’s race include Kenyan’s Leonard Langat and Meshack Koech, Ugandan duo Moses Kurong and Abdallah Mande, and Mule Wasihun of Ethiopia.

Meanwhile, in the women’s field, Kenya’s Susan Kipsang, Bahrain’s Mimi Belete and Ethiopian pair Tejitu Daba and Dibabe Kuma will be among those battling for the top podium spot.