Luke Traynor and Andy Vernon set for Manchester Half Marathon 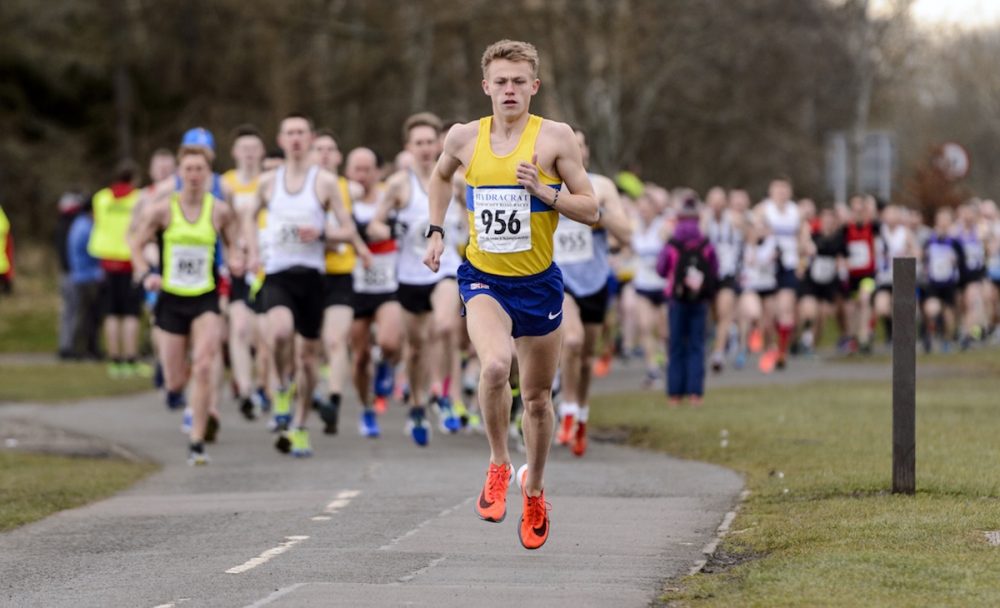 British athletes Luke Traynor and Andy Vernon head the elite men’s field for the Manchester Half Marathon on Sunday, October 14.

There is an intriguing competition emerging in the forthcoming Manchester Half Marathon, as the event has already attracted two of the UK’s top male runners.

Traynor is returning to defend his title after his record breaking 64:07 run on his debut half marathon race. Since then he has clocked 61:55 seconds at the Barcelona Half Marathon in February, so a course record could be on the cards.

His performance in Spain took him to third fastest in history on the all-time Scottish rankings. Most recently, the Giffnock North athlete finished third at the Great Scottish Run on Sunday, September 30.

“I am really excited to be going back to compete in the Manchester Half Marathon,” said Traynor. “Last year was my first ever half marathon and it was a brilliant experience.

“It’s a super flat course and the atmosphere was awesome. This year is going to be even better and faster, I hope, as I’m aiming to break my own course record. If you’re looking for a PB I’d encourage all runners to come and join me on October 14th.”

Also joining the line-up is British great Vernon. It was successful summer track season for the 32 year-old who finished fifth in the 10,000m at the European Championships in Berlin. His 2014 half marathon PB of 62:46 could be under threat given his recent strong form. Andy Vernon said: “It will be my first-time taking part in the Manchester Half Marathon which is an event I’ve heard great things about.

“It’s a half marathon that is starting to attract lots of top club runners as the course is famously fast and flat. There are some great competitors this year, so it should be a fantastic race.”

Meanwhile, this year’s wheelchair race is set to be one of the most competitive in its history. 2016 Team GB Paralympian and British Marathon record holder, Simon Lawson, will also be making his Manchester Half Marathon debut.

Simon said: “I’ve heard competition is growing with more Wheelchair Elites entering year on year, so I’m looking forward to my first time on the course.”

2018 European Championships silver medallist in the 400 and 800m wheelchair sprints, Ben Rowlings, will be another contender for the first place. He’s also the wheelchair world record holder for the 5000m. Adding to the elite wheelchair field is Anthony Gotts, he suffered from depression after losing the use of his legs and completed an incredible 900-mile world record from Cornwall to John O’Groats in Scotland.

Anthony said: “As a Mancunian, I am looking forward to racing through my City of Manchester and seeing the crowds. I’ve heard the support from everyone at the Manchester Half Marathon is quite something.”

Eden Rainbow-Cooper looks promising to be the leading female elite wheelchair athlete. Her career began only five years ago, aged 14 Eden was one of the fastest under 15 athletes nationally, now the Weir Archer Academy racer is ranked number one in the t54 classification for female wheelchair racers in the 100m to 1500m on track.