London Marathon: The big preview and everything you need to know 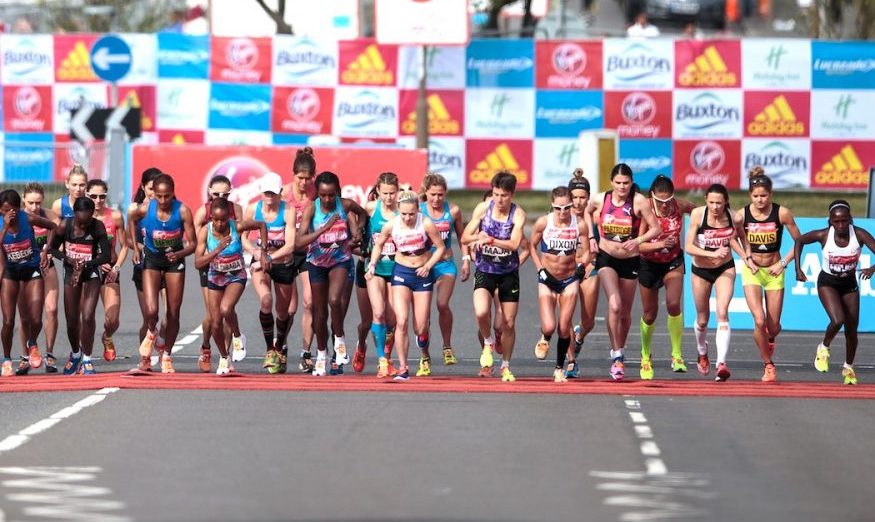 Eliud Kipchoge and Mo Farah isn’t the only exciting battle in the UK capital marathon on Sunday.

With 10 athletes who have run inside 2:06 in men’s race and six sub 2:20 runners in the women’s race, the Virgin Money London Marathon has once again attracted a super field for the 39th edition on Sunday (April 28).

Defending champions Eliud Kipchoge and Vivian Cheruiyot are back once again, with world record holder Kipchoge going for his fourth victory in the UK capital after victories in 2015, 2016 and 2018.

Kipchoge will once again race against Mo Farah, who finished third last year in London, and both men head into Sunday’s race having lowered their personal bests from 12 months ago. After taking the win in London last April, Kipchoge memorably clocked 2:01:39 to smash the world record at September’s Berlin Marathon, while Farah ran a PB of 2:05:11 to win his first marathon major one month later in Chicago.

It not just about the star duo, and eight other athletes who have run under 2:06 will join Kipchoge and Farah on the start line.

Kiptum has been provisionally suspended by the Athletics Integrity Unit on the eve of the event.

Outside of Kipchoge, Farah and the podium challengers, there is the hotly anticipated British duel between Callum Hawkins and Dewi Griffiths. After Griffiths ran 2:09:49 on his marathon debut in Frankfurt two years ago, marathon fans have been eager to see the Welshman and the Hawkins go head-to-head over 26.2 miles.

Griffiths, who ran 62:44 over 13.1 miles in Houston earlier this year, is now returning to his best form after an injury plagued two years.

“The moment I crossed the line [in Frankfurt] I thought the world is there for the taking, but unfortunately I got a hamstring injury and then a stress fracture of the hip and I’ve had to wait and be patient to be back on the Start Line,” said Griffiths.

“That’s the exciting thing in many ways – even though I ran 2:09 there was some frustration because I thought I could’ve run quicker. That’s just who I am; I can run a PB and be disappointed. But now I’m excited to be here.”

Hawkins himself has had to overcome adversity in the 12 months, and races in his first marathon after collapsing in the closing stages – with gold in sight – at the 2018 Commonwealth Games.

The 2:10:17 marathoner heads into Sunday’s race after running 62:50 at last month’s Lisbon Half Marathon.

“Lisbon didn’t go quite as well as I was hoping – I thought I was in better shape,” said Hawkins. “But since then I’ve been going well in training out in Majorca and I feel in pretty good shape.

“Every session I was doing I was setting PBs. I’d probably say I’m in better shape now than before Rio and pre-London 2017.

“This year for me is all planned around making Tokyo and I think [the World Championships in] Doha is part of those plans. It’s a great opportunity to gain selection and then I can have the best build up for the Olympics.”

Irish marathon champion Mick Clohisey also races in the London Marathon for the first time having previously clocked 2:16:21 around the UK capital at the 2017 World Championships.

Clohisey was the fastest Irish marathoner in 2018 after running a personal best 2:14:55 in Seville before winning the Irish crown at the Dublin Marathon in October.

With all the bluster around the men’s race we cannot overlook the excellent line-up for the women’s event. Defending champion Vivian Cheruiyot ran 2:18:31 to win after overtaking Mary Keitany in the closing stages last year. Her compatriot and 2018 New York marathon winner Keitany will be looking for redemption after going at world record pace in the sweltering heat of 2018 and we can expect a fast pace again from the 2:17:01 Kenyan who holds the record for fastest in a women-only race.

Gladys Cherono (2:18:11) was the quickest female marathoner of 2018 with her win at the Berlin marathon, but was a disappointing sixth behind Kosgei at h Houston Half in January. Birhane Dibaba (2:19:51) makes up our six sub 2:20 women and makes her London Marathon debut after twice winning the Tokyo Marathon.

The US should be well resented at the from end of the field with Molly Huddle looking to improve on her 2:26:44 from the New York Marathon last year. The 67:25 half marathoner might have some competition for first American female from Brittany Charbonneau (2:36:26) and the exciting debut of her training partner Emily Sisson. The New Balance athlete ran the third fastest 10,000m in US history just last month with a 30:49 at the Stanford Invitational and Huddle also broke 31 minutes at the meet with the Ray Treacy athletes working together, as they might on Sunday.

There is also a host of strong British women who have targeted the London Marathon and it wold not be surprising to see a few under 2:30 this weekend. Charlotte Purdue has been in action with a victory at the Big Half in the build up to London and a 69:46 PB at the Marugame Half in February so will be confident of lowering her 2:29:23 mark from 2017.

Sonia Samuels has the quickest British female PB in the field and actually improved her own half marathon best earlier this year in Barcelona with a 72:19 so it would not be surprising to see the experienced marathoner convert the improvement to the anger distance after a great spring of warm weather training.

Lily Partridge has also remarked that she will be aiming for an improvement on her fine 2:29:24 from finishing eighth in hot conditions in London last year. Even just better weather conditions should see the Aldershot, Farnham and District runner jump forward, with two solid 72 minute half marathons in the wild up to London showing great promise too.

Tracy Barlow and Hayley Carruthers are two athletes that could well knock some solid time from their previous bests and feature high up in the rankings of British women with Carruthers running 71:57 at the Big Half earlier this year. Expect Fast 10’s Natasha Cockram, Tish Jones and Clara Evans to all run well.

Irish born Sinead Diver, who now represents Australia and won the Melbourne Marathon in 2:25:19 is also one to watch in the women’s race. Diver also ran a PB of 68:55 at the Marugame Half in February, just ahead of Charlotte Purdue.