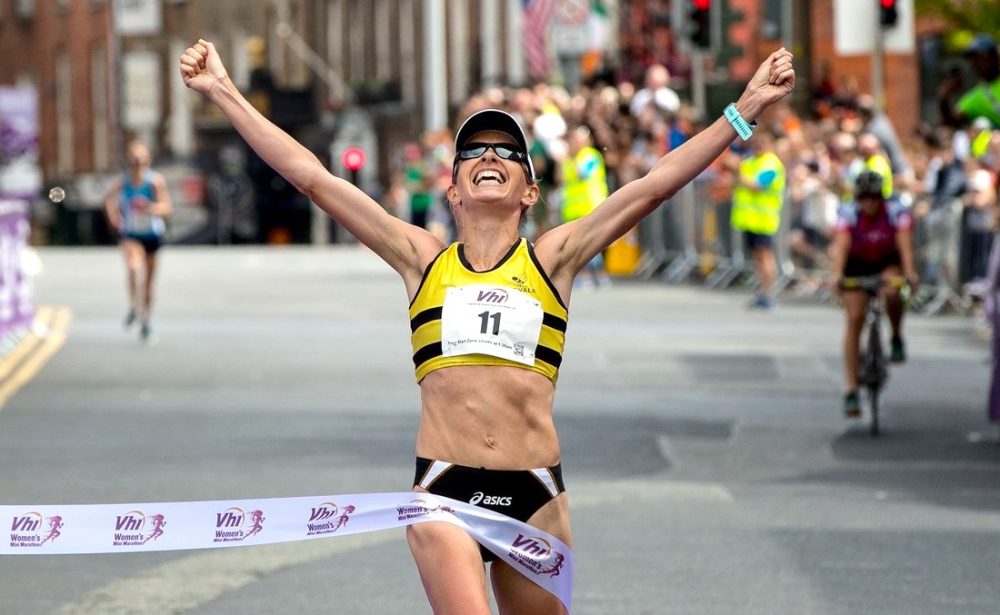 The Olympic marathoners are among the leading entries, while Gary O’Hanlon hopes to retain his national crown.

Lizzie Lee, Mick Clohisey and Gary O’Hanlon are expected to lead the Irish charge against a top international field at the SSE Airtricity Dublin Marathon on Sunday (October 28).

Leevale AC’s Lee, who finished 29th over 26.2 miles at the European Championships in August, will face Remalda Kergyte of Lithuania, Caroline Jepchirchir of Kenya, and Ethiopian duo Motu Gedefa and Mesera Dubiso in the hunt for the women’s title.

Kergyte, has a personal best of 2.35.13, while Jepchirchir won this year’s Belfast Marathon.

The Olympic marathoner has shown good form this season, setting a new personal best of 73:19 at the World Half Marathon Championships in March before winning the Women’s Mini Marathon for the first time in June. The Irish national title will be a battle between Lee and fellow Olympian Caitriona Jennings. Letterkenny AC’s Jennings placed second in the 2017 National Championships.

Reigning national champion Laura Graham will not line up due to injury, however other contenders include Galway City Harriers’ Jane Ann Meehan and Calry AC’s Zola Flynn.

Rotich clocked 2:15:53 for the win last year, while Welshman Griffiths memorably ran 2:14:53 on his debut marathon in London last April to clinch the British title, before representing GB at the 2017 World Championships.

Clohisey races in Dublin for the first time and heads into Sunday’s race after running a personal best of 2:14:55 at the Seville Marathon in February. The 32 year-old followed that up with an 18th place finish at this summer’s European Championships marathon. Kenya’s Vincent Tonui, Eric Koech and Joel Kiptoo are all likely to be top 10 finishers, while Asefa Bekele of Ethiopia who finished third in 2017 and 2015 should also be in the mix.

Along with Clohisey, there are several athletes vying for the national honours who have the potential to run sub 2:20. Last year’s national champion Gary O’Hanlon, who ran a personal best of 2.18.53, will be joined by Clonliffe clubmates Sergiu Ciobanu and David Flynn, however, Stephen Scullion will not line up as he is recovering from injury.

In June, 44 year-old O’Hanlon won the Cork City Marathon, before going on to win the master’s category at September’s Berlin Marathon in a time of 2:19:06. Flynn won this year’s Dublin Half Marathon in 66.21 and makes his debut over 26.2 miles this weekend.

In the wheelchair race, four-time champion Patrick Monahan will have to contend with a strong international field, that includes Great Britain’s Johnboy Smith.

This year’s event also marks a celebration of female runners with Constance Markievicz, a key campaigner for Irish women’s voting rights, appearing on the finishers medal. Since 1980 the number of female participants has grown from 70 to 7000 in 2018.