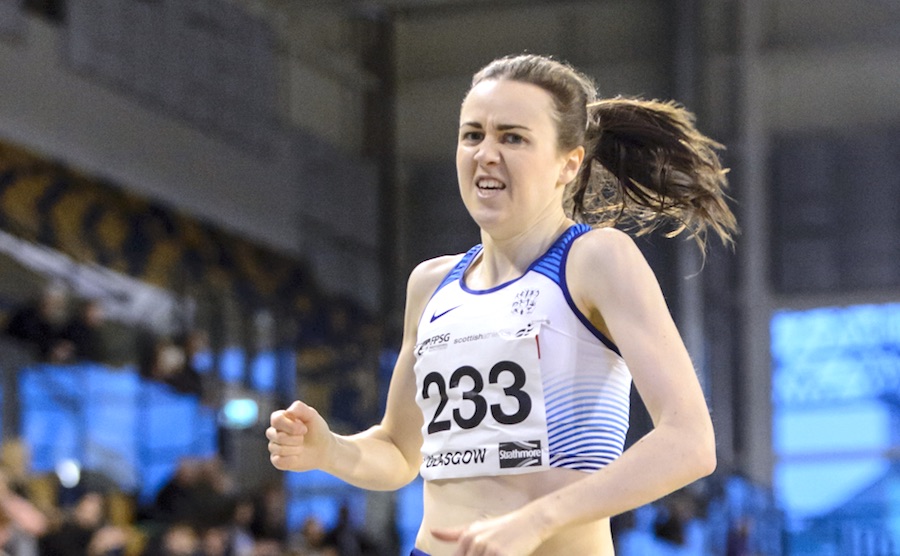 The middle-distance star will target Zola Budd’s British record at the London Stadium this summer.

Laura Muir will target the British record over the mile at the Müller Anniversary Games in London (July 21-22), organisers have announced.

At the 2016 event, the double world indoor medallist achieved one of the finest achievements of her career when she broke Kelly Holmes’ 1500m British record on the way to a popular victory.

“The mile has a special place in British distance running history, so it’s super we are getting a chance to race the mile this year at the Müller Anniversary Games,” says Muir. “First and foremost, I am looking to win the race, but in doing so if I can break the British Record that would be fantastic.

“And it’d be somewhat fitting in a year in which we lost the legendary Sir Roger Bannister. I am sure the home crowd will be really loud and try and cheer me onto success.”

The fourth-placer at last year’s IAAF World championships currently sits second on the women’s mile all-time rankings with her 4:18.03 clocking from 2017, a time set at last year’s Müller Anniversary Games.

Muir first broke Kelly Holmes’ British record over 1500m there two years ago – since lowering it again – and reflects on the support of the British crowd on that occasion.

“I just remember it being so loud as I turned into the home straight,” she says. “It was an amazing experience. Everyone was cheering me to the line, so to get that victory and the record was a fantastic moment in my career.”

Major Events Director at UK Athletics, Cherry Alexander added: “It is fantastic that Laura has chosen the Müller Anniversary Games as the location for her British record attempt.

“We all remember that stunning night at the event two years ago when she lowered the 1500m record and claimed a remarkable victory. The noise of the British crowd really did make a difference on that night, which does show there is nothing quite like home support.

“I know Laura’s performances at the world indoor championships caught attention around the world, so we are delighted to have her at this leading Diamond League fixture in the athletics calendar.”

GB team spirit high ahead of European 24hr Champs
Will GDPR impact clubs, events and sites like Power of 10?