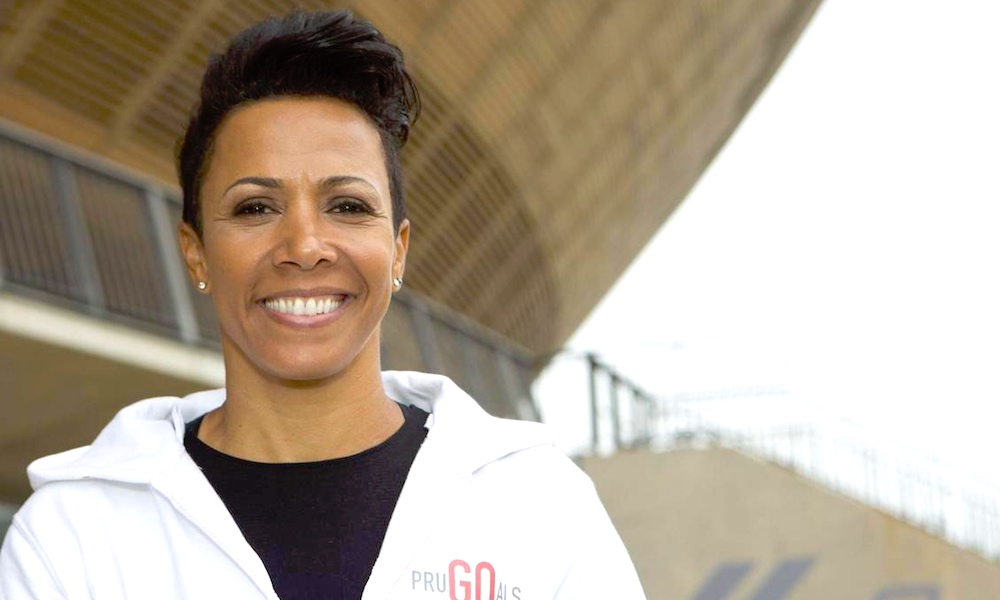 The British track legend is the guest of honour at November’s national awards in Glasgow.

Kelly Holmes believes the short-list for FPSG Athlete of the Year in November could easily have reached double figures. The double Olympic champion, who won 800m and 1500m gold in Athens in 2004, is guest of honour for this year’s awards in Glasgow.

Holmes will help present the top award in November and is simply relieved she has not been involved in the selection process.

“I am really looking forward to coming to Glasgow in November for the FPSG Annual Awards and helping to present the FPSG Athlete of the Year trophy,” she said. “It has been such a superb year for so many Scottish athletes – across various events – that the one thing I am glad I haven’t been involved in has been choosing the short-lists!”

“As you can see, it is down to five names now and I think any athletics fan in Scotland or beyond looking at it right away will spot how difficult it has been. When you add in other athletes who won medals or broke national records then maybe the short-list could have gone right up to 8-10 athletes and still been very credible indeed.

“All five of these are great nominations and, as I said, I can see how tough it has been for the Awards panel to come up with a short-list. And there’s a lot of talent there, too, on the age group awards and fine performers in the Masters and Para categories, as well.”

The FPSG Para Athlete of the Year short-list reflects the medal success of Scottish race runners at the European Championships with nominations for Hannah Dines and Gavin Drysdale – with the other two contenders being Maria Lyle and marathon runner Derek Rae.

Callum Hawkins won the FPSG Athlete of the Year award in 2017, with Muir, Doyle and Lynsey Sharp having dominated the preceding half-dozen years.

On Laura Muir, Holmes said: “Laura Muir has had a cracking year and that was confirmed by a number one ranking for 2018 in the 1500m by the IAAF, which is a great achievement. “The World Indoors in Birmingham in early March really set her up. To win two medals in three days with a bronze in the 3000m followed by a silver in the 1500m was a great achievement – and especially when snow and ice made travelling so difficult in Britain that week!

“I think those medals boosted her confidence even more for the European Championships in Berlin and she dominated that 1500m final to win well. To then go and win the Diamond League final really was the icing on the cake for the season and again she came up with a special performance that night in Brussels to win from the front – the way she loves.

“Laura has already taken a couple of my British records but I will try not to hold that against her!”

When it came to Robbie Simpson, Holmes added: “Robbie Simpson is a name everyone know now after bronze in that Gold Coast marathon at the Commonwealths.” She continued: “I don’t think anyone can argue that Robbie proved he is one of the fittest men in British athletics with that performance in those stamina-sapping hot conditions, which unfortunately struck down Callum Hawkins (and a few others) that day.

“He’s impressed since then in road and hill races – including winning the Jungfrau Marathon in the Alps. I understand this is the second time in his career Robbie has been short-listed for the main award which is great for him.”

Finally on Jake Wightman, Holmes said: “What can I say about Jake Wightman? What a year! Jake stepped up in 2018 and he was superb at the Commonwealths with fourth in the 800m and bronze in the 1500m – not too many British athletes are taking on that middle distance double nowadays and I know from personal experience how tough that is! “Jake then peaked again to get bronze at the Europeans in an amazing 1500m final and the last I saw him in race action he was winning the 5th Avenue Mile in New York against Nick Willis, who has two Olympic medals to his name. Jake really has had a breakthrough 12 months.”