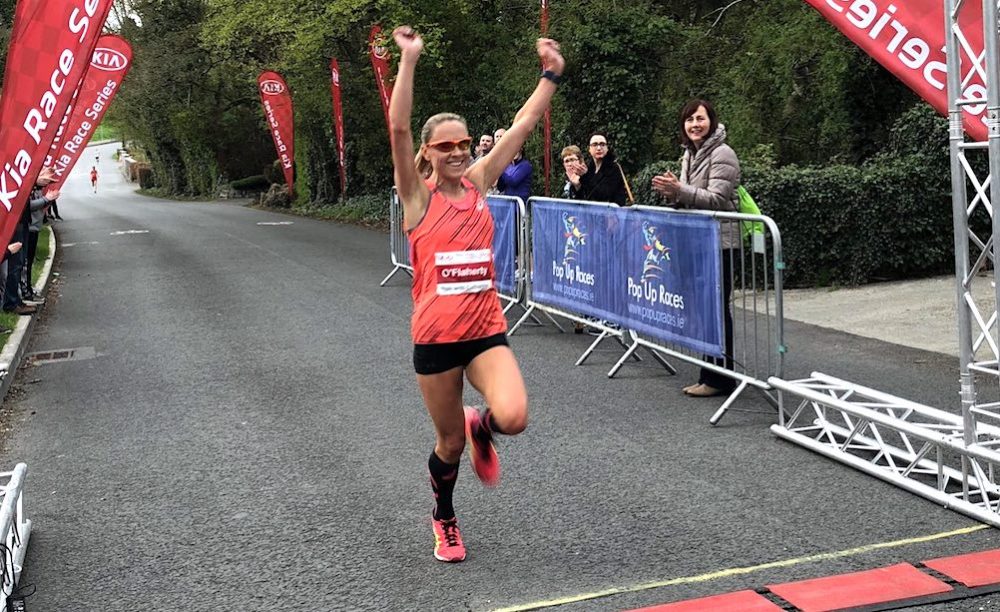 Eight course records broken on the lead up to the KIA Race Series finale this weekend.

The finale of the Kia Race Series, a new nationwide series of well-established regional races around Ireland, will take place at the Mondello International in country Kildare on Sunday, September 9.

Of the seven races to date, eight course records broken and €4,000 worth of bonuses were paid to athletes, with an increase in entries of 29% across the events.

The concept was developed by race organisers Pop Up Races, and a new Kia Ceed is up for grabs (for 12 months) for both the overall male and female winner, while there is also a team prize on offer of €1000 for the winning mixed team of four, with two males and two females needed per team.

Irish international O’Flaherty has dominated the women’s leaderboard in the series and is in the pole position to walk away with the top prize.

Speaking after the Dunshaughlin 10k Road Race in June she said: “That’s my fourth win out of four so I’m really delighted. I will miss the Roscommon race because it clashes with a track race I’m doing ahead of the European Championships, but I will be back to do the last race in Mondello.”

RELATED: Why I run: Kerry O’Flaherty

In the men’s field, Tonosa has dominated the series, breaking five-course records, including the Streets of Portlaoise 5k, The Braveheart 5K and Bob Heffernan 5K, will top the Kia Race Series 2018. Unfortunately, Tonosa does not meet the criteria of winning the Kia Ceed as he does not hold a full valid Irish driving licence. The DSD athlete has been welcomed as an ambassador for the series in 2019.

Eric Keogh from Donore Harriers, who has performed consistently throughout the series, is currently placed second and is the most likely athlete to drive away with the new car.