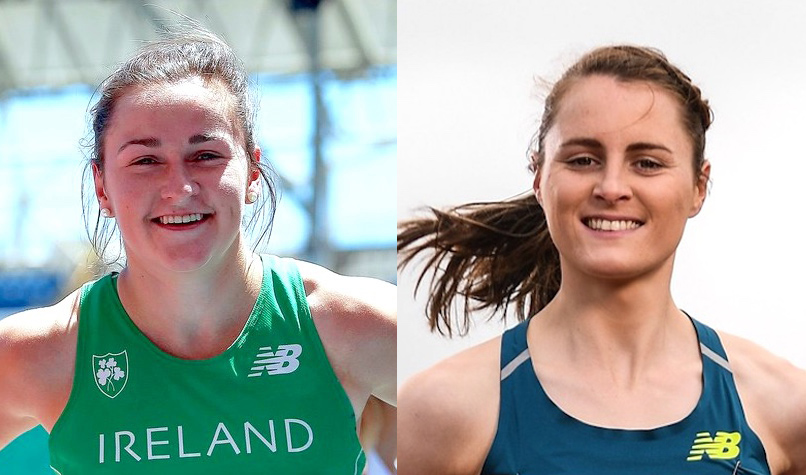 Athletics Ireland has named a team of four athletes for the World Indoor Championships in Birmingham next month.

Phil Healy and Ciara Mageean are among the four athletes selected for the global championships that take place at the Arena Birmingham from 1st to 4th March.

Phil Healy, who won the Irish indoor 400m title on Sunday, has impressed this season over the distance and will represent Ireland in that event.

At the end of January, the Bandon sprinter knocked a full second off her 400m personal best in Vienna. Healy’s clocking of 52.08 was a world lead time confirming her as a 400m runner to be reckoned with.

Ciara Mageean will compete in the 1500m. The European 1500m bronze medalist clocked 4:09.47 at the Boston Indoor Grand Prix earlier this month to secure the qualifying standard for the World Indoor Championships.

Amy Foster goes in the 60m after hitting the standard once again on her way to breaking the national record yesterday at the Irish Indoor Championships.

She will be joined in the event by up-and-coming sprinter Ciara Neville who also holds the qualifying time from last year.

“It’s been an outstanding season of indoor athletics so far, with an array of exciting performances at this past weekend’s National Championships,” said High-Performance Director Paul McNamara. “Phil Healy has led the way this season and goes into these championships looking to augment her growing reputation.

“Amy Foster has had a superb indoor season, and after pushing out the National Record will go to Birmingham full of confidence.

“Similarly, Ciara Neville has been very consistent this season and will relish being on the world stage as she continues to build for the future.

“Ciara Mageean has had solid back to back performances in the US and will be ready to kick on from there after a 3-week run-in.

“We hope to see an invitation come from the IAAF for Adam McMullen, which would be huge boost for him and all our field event athletes.”