Great Stirling XCountry: Who, what and when? 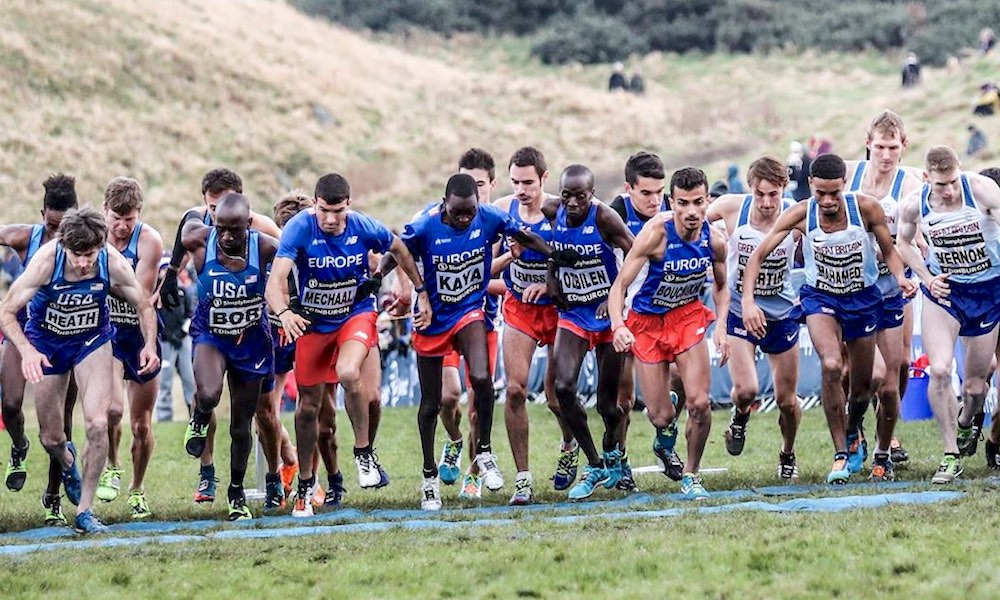 Preview, timetable and tv guide for this weekend’s cross country showdown in Scotland.

The event will be held in Stirling for the first time – at the city’s King’s Park golf course – after organisers were forced move the event from it’s long standing home at Edinburgh’s Holyrood Park.

Set against the backdrop of Stirling Castle, athletes will race over challenging terrain for honours in the men’s 8km race, women’s 6km race and the mixed relay, ultimately targeting the overall team prize, which was won by Europe last year.

Defending event champion Leonard Korir aims for a third straight win in the senior men’s race, however USA teammate, Garrett Heath will have other ideas as he eyes a fourth win in Scotland. Team Europe will have ambitions of claiming the men’s individual title with European silver and bronze medallists Isaac Kimeli of Belgium and Aras Kaya of Turkey set to compete.

In the senior women’s race, European U23 cross country champion Anna Emilie Moller will lead Team Europe’s hopes. The Danish athlete is based in the UK and will race against some familiar British athletes after winning October’s Cardiff Cross Challenge ahead of Kate Avery and Emily Hosker-Thornhill.

RELATED: Kate Avery will be fighting for medals in Stirling

Muir will anchor the GB line up of Phil Sesemann, Alex Bell and Jamie Williamson, who formed part of the relay team in Tilburg. Along with Muir, 800m specialist Bell featured in 2018’s winning quartet. There will be added responsibility on the relay race this year, with the event now counting in the scoring for overall honours. To the disappointment of many athletes and running fans, there will be no individual under-20 races at the event’s new home in Stirling.

Instead, this year sees the introduction of the under-20 mixed relay race, with GB’s team featuring Charlotte Alexander, Grace Brock, Jack Meijer and Tom Keen.

Ireland’s Darragh McElhinney is a notable inclusion for Team Europe, along with Swiss duo Delia Sclabas and Sibylle Haring and France’s Valentin Bresc. In the USA’s under-20 mixed relay team are Kelsey Chmiel, Katelynne Hart, Drew Bosley and Jake Renfree, while the home crowd will cheer on the Scottish quartet of Kane Elliott, Erin Wallace, Joe Ewing and Sarah Calvert.

Following the Inter District races, the international action gets underway with the Great Stirling XCountry women’s race at 13:23.

Live coverage will be available in the UK on BBC One and online from 13.15 on Saturday.

Meanwhile, ahead of the action in Stirling, GB’s Kate Avery spoke to Fast Running about her impressive return to competition after injury. The full interview can be found here.