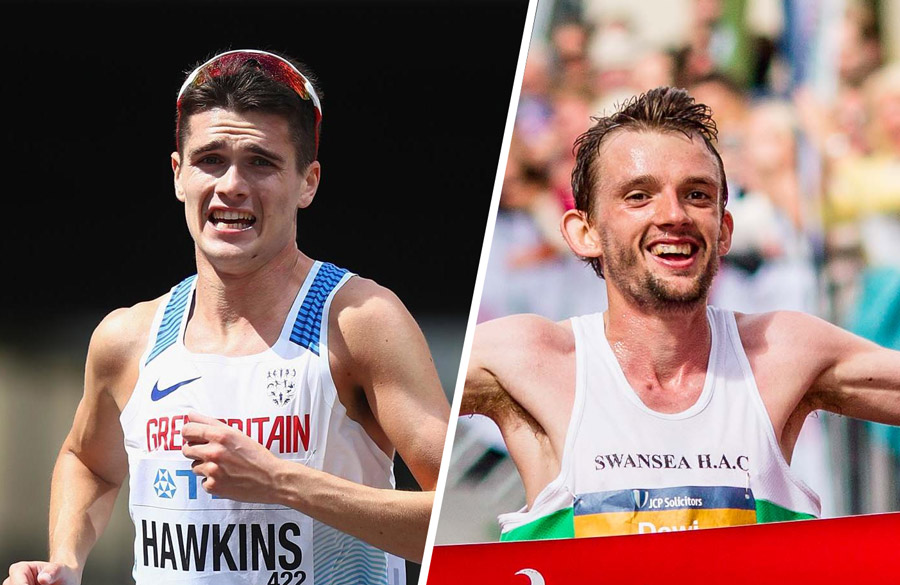 Callum Hawkins aims to defend his Great Scottish Run title this weekend in Glasgow, while Dewi Griffiths hopes for personal best performance in Cardiff. Elsewhere there is half marathon action in Redcar and Cheltenham, with the 26.2-mile runners heading to Jersey.

Great Scottish Run, Sunday, October 1
Callum Hawkins looks to defend his Great Scottish Run title on Sunday. The 25-year-old, who finished fourth in the marathon at the World Championships, takes to the streets of Glasgow aiming to run close to last year’s 60:24, although the time was later annulled after the course was found to be 150m short.

His win last year saw him become the first Scottish winner of the half-marathon race in 34 years. After last year’s race, Hawkins followed up his win a new Scottish record of 60:00. at the Kagawa Marugame International Half Marathon.

Andrew Butchart, the Scottish 3000m and 5000m record holder, makes a first appearance over the half marathon distance. The 25-year-old will use the race to start his winter season and it will also give him a taste of road racing for next year.

Jo Pavey, who finished fourth two years ago makes a return to Glasgow. The race also incorporates the Scottish Half Marathon Championships and recent Scottish 10K champion Fionnuala Ross, who recently spoke with Fast Running, will be among the favourites for the title.

Last year’s champion Shadrack Kimining who won in 60:53 last year, returns to defend his title but will face a tough challenger in fellow Kenyan Wilfred Murgor.

Dewi Griffiths, who finished eighth last year in Cardiff, will be joined by on the start line by Welsh World Championship marathoners Andrew Davies and Josh Griffiths and Charlie Hulson, the English National Cross Country champion.

Griffiths recently ran 62:53 at the Great North Run and 28:27 at the Swansea Bay 10K and will aim to further improve his time on the fast Cardiff course. Following his PB at the Great North Run in an interview with Fast Running Griffiths’s said: “If I can compete like that in future races, hopefully, the faster times will continue,” and that’s

Jersey Marathon, Sunday, October 1
Around 3000 participants will make their way to Jersey’s capital St Helier for the Jersey Marathon on Sunday.

Last year’s elite race was won by Chris Zablocki in a quick 2:19:55. The American Olympic Marathon qualifier recently ran 211 laps of an indoor track to break the indoor marathon record in a time of 2:21:48.

Redcar Half Marathon, Sunday, October 1
Also taking place on Sunday is the Redcar Half marathon and the course offers personal best potential given the right conditions. The organiser also offers a healthy £500 Bonus to the 1st male under 66 minutes and female under 78 minutes.

Toby Spencer took the honours last year, crossing the line in 67:13. The women’s race was won by Annabel Granger in 1:20:51.