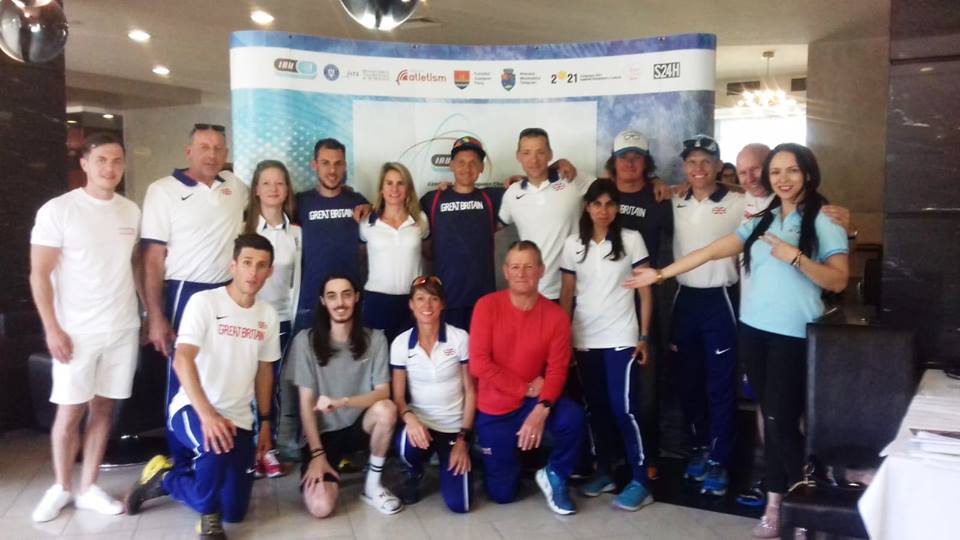 This weekend the European 24hr Championships will take place in Timisoara, Romania. The concept is simple. Who can run the furthest around a 1.2km loop in one day, easy right?

183 athletes from 30 nations will compete in Romania’s third largest city and the race will be in the Children’s Park, alongside the Bega River. They will be supported by an army of volunteers and team support crews. Normally the city hosts an annual open 24hr event, but it is solely a European Championships competition this year.

Reports are of temperatures hitting a high of 30 degrees and this will only drop to around 20 degrees at midnight. It’s going to be a warm event this year and it could make for a very interesting competition.

Great Britain and Northern Ireland men’s team are the returning team silver medallists with European champion Dan Lawson back. Having recently been at the World Trail Champs, supporting the British team, Lawson is “eager to build on the success by our athletes in Spain and show the world how strong the UK ultra running scene really is”. Hoka One One athlete James Stewart has shared his journey to the championships throughout the year on Fast Running as part of the Fast 10: class of 2018, and said: “It’s been fantastic meeting up with the teammates from last year and meeting new ones too. The talent in this team’s exceptional and it’s a privilege to be part of it.”

Craig Holgate of Ely Runners makes his GB & NI 24hr debut after running successfully at 100k world championships and qualifying with 245.7km at the Bislett Indoor 24hr last year. Craig is keen to avoid a similar mishap to the Round Norfolk Relay last year where the 2:34 marathoner missed the start due to a flat tire. The whole squad will be walking to the start from their Continental Hotel.

Pat ‘Paddy’ Robbins, Steve Holyoak and James Elson complete a strong men’s team that will target the podium come Sunday. With the race starting at 10:00 (08:00 BST) the heat of the first day will be a big factor. Given that Holyoak is based in Muscat, Oman, it could play to his strengths.

As a proud Scotsman, Stewart hasn’t had the heat acclimation that Holyoak has, but believes: “the important thing is to be disciplined and adjust plans accordingly. It is a concern, but we’ve got strategies and plans to deal with it and it’s the same for everyone.”

The women’s team of three has GB & NI debutant Wendy Shaw, who ran an excellent 220.5km in Barcelona last December to qualify. The Reading Jogger has a wealth of experience over 100 miles, having completed no less than 21 of 100+ mile events.

Staffordshire based Tracy Dean has run for GB & NI on the trail before, but is another newcomer to the 24hr squad having run a fine 226.3 at the Mount Xiqiao International 24 Hour Ultra Marathon in China.

“The high neon ‘happy everyday’ sign in Timisoara really sums up how I feel about being out here,” she says. “It’s quite a vibrant, intriguing city, but with beautiful traditional building everywhere.”

Already this year Dean has won the Crawley 6 hour and Barry 40 races in the UK and comes into the championships in fantastic form.

On her third appearance for GB & NI Ali Young of Chiltern Harriers AC has a personal best of 217.8km and will look for the strong finish. The versatile athlete and keen parkrunner actually raced from 800m (2:29), on the cross country and all the way up to 24hr last year.

“I’m looking forward to how the race pans out,” says Young. “It’s always a journey and anything can happen. There might be world and national record holders in the field, but nothing is certain.” The team is managed by current Commonwealth 24hr Champ John Pares, a former Welsh international and he said: “I’m really happy that we have an excellent set of athletes. Yet I’m even happier that everyone has gelled together so well. New and established runners have seamlessly bonded and it’s a relaxed atmosphere going into Saturday.”

A huge part of 24hr running is the support crew. Each lap the runners can be handed food, drinks and encouragement from their crew at a checkpoint alongside the Bega River. The crew has a lead member too. Mick Seymour has been at every championship since 2013 and brings a wealth of crewing experience.

Having supported gold and silver medal winning teams in the past Seymour “knows that a slower start isn’t a bad thing. Athletes like Paddy [Robbins] and Steve [Holyoak] have shown time and time again that you can be way back at 12 hours, yet finish in the top 10 or 20 when it counts”.

They say the race doesn’t really start until 20 hours in. Spare a thought for the team when you wake up on Sunday morning as they’ll have been going all night. Centurion Running’s James Elson knows “the heat deserves respect. Smart runners will adjust and try to make stronger progress during the night”.

Alongside the heat athletes also need to be disciplined with hydration and nutrition. They have performance dietician Renee McGregor in the support staff, which means that all have a plan going into the race, although that may need to be adaptable as it continues.

“Working with the British 24hr hour squad has been incredible,” she says. “It’s exciting, challenging and I have to think on my feet throughout the race. Everyone is different, not only from your normal elite runners, but from each other too.”

One thing is clear having been around this group of athletes is the team spirit. In a sport known for its loneliness, the camaraderie is inspiring. None highlighted this better than Lawson when talking at the pre-race Q & A.  When asked what his goals were for the race, the defending European champion didn’t speak of individual golds or PBs.

“What matters most is a team medal,” he said. “I’m not just running with team mates, I’m here with friends and I want us all to have success.”

The race can be followed here.