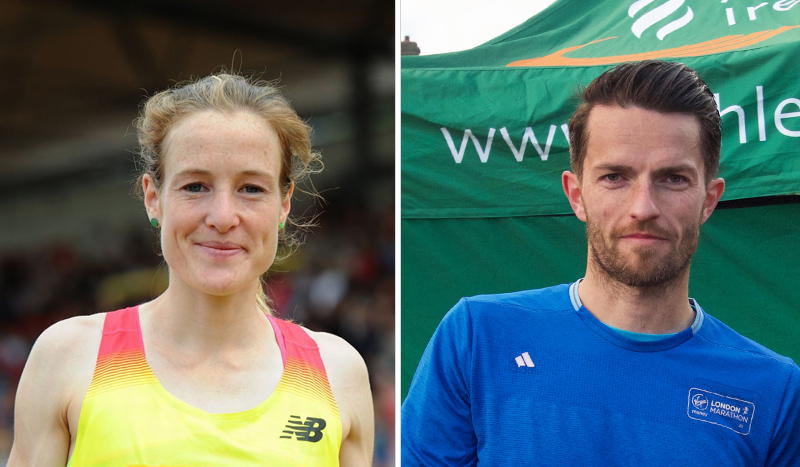 Fionnuala McCormack jingled her way to 5km victory in Dublin while Paddy Hamilton went south to win the Waterford Half Marathon in an eventful day on the Irish roads.

McCormack of Kilcoole AC wrapped up her preparations for next weekend’s European Cross Country Championships by finishing first woman at the Jingle Bells 5km in Dublin’s Phoenix Park on Saturday, December 2.

Her time of in 16 mins 1 sec saw her finished ten seconds ahead of Laura Crowe of Riocht, with Siobhan O’Doherty of Borrisokane third.

Overall race winner was Leevale’s Mark Hanrahan in 14 mins 13 secs with Danny Mooney from Letterkenny AC in 14:30 second in a race that attracted over a thousand entries from all over the country.

Dunleer’s Garry Campbell was a close third and first U20 in 14 mins 32 secs, while fourth was previous winner John Coghlan of Metro St Brigid’s in 14:37 and fifth Scott Rankin from Foyle Valley AC in 14:48. First master in sixth place was Ray Hynes of host club Donore Harriers.

In the race to finish second U20, Louis O’Loughlin of Donore nipped in ahead of Clonliffe’s Efrem Gidey with the pair timed at 15:37 and 15:38. Results can be found here.

Ahead of the European XC Championships McCormack’s last cross country outing was a fifth place finish at the Cross de Atapuerca in Spain.

Hamilton of Slieve Gullion Runners not only won the Waterford Half Marathon in 66 mins 26 secs, he beat pre-race favourite Sergiu Ciobanu of Clonliffe Harriers who finished seven seconds behind in 66.34.

Although perhaps better known from his time on the track, Hamilton has some form on the roads and his time knocked over two minutes off the 68.55 he clocked when running for Ireland at the 2016 World Half Marathon Championships. In 2013, he ran 2:23.38 at the Dublin Marathon.

In a closely contested race, Thomas Hayes of Kilkenny City Harriers was third in 66.43.

Hamilton also had a fine performance at the recent British and Irish Masters XC Championships, following on from a win at the Irish trails that were incorporated into the Autumn Open Cross Country. 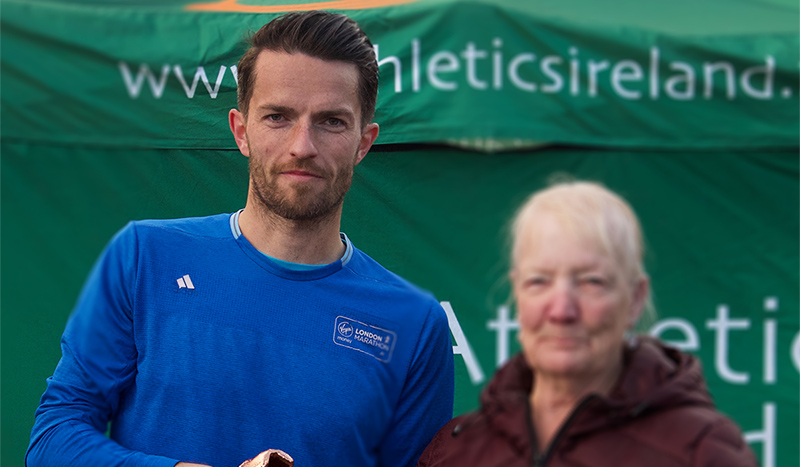 First of the women was the ageless Maria McCambridge of Dundrum South Dublin in 77 mins 45 secs. McCambridge, who has struggled with injury over the past few months, was racing just six days after helping her club to silver team medals at the National Cross Country in Abbotstown. Kilmore’s Fiona Kehoe was second in 81:16, with Jackie Carthy, also from Kilmore AC, third in 81.41. Full result can be found here.

Neil Johnston retained his Malcolm Cup title in Ballyclare on Saturday. In the third event of the Athletics NI Cross Country League Johnston held off North Belfast Harrier’s Mark McKinstry to clinch the win in 21:36. McKinstry came in five seconds later in 21:41, while Newcastle AC’s Seamus Lynch was the best of rest in 21:46 over the 4-mile course.

Laura Bickerstaff pipped out her Dromore AC club-mate Rebekah Nixon to win in the women’s 3-mile race. One second separated the pair, Bickerstaff with 18:02 and Nixon 18:03 respectively. Rachel Gibson of North Down AC completed the podium.

In the veteran 3-miler, it was defending champion Paul Carroll who once again shined.

At Ireland’s Medieval Mile Run in Kilkenny on Friday (December 1), James Ledingham edged it from Eoin Everard, with both men given a time of 4 mins 21 secs. Third was Brian Maher in 4:23. Fastest woman was Caoilte Malone in 5:14. All four are members of Kilkenny City Harriers. A total of 252 ran. Results can be found here.

Also on Friday, Sean Corry from Omagh was an impressive winner of the senior race at the Rice Games CBS Schools Cross Country at the Alsaa, Dublin Airport. 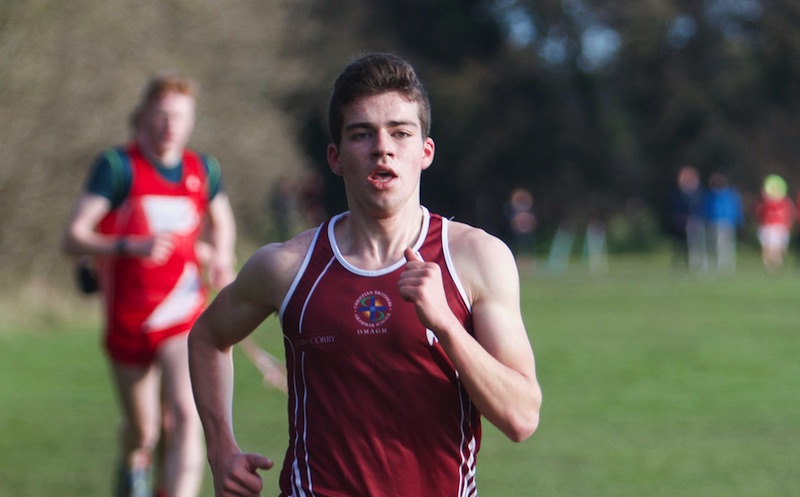 Sean O’Leary of St Aidan’s CBS was second and Shane Coffey from Naas CBS. In all, five races were held with St Aidan’s from Whitehall Dublin best overall school.
(ends)