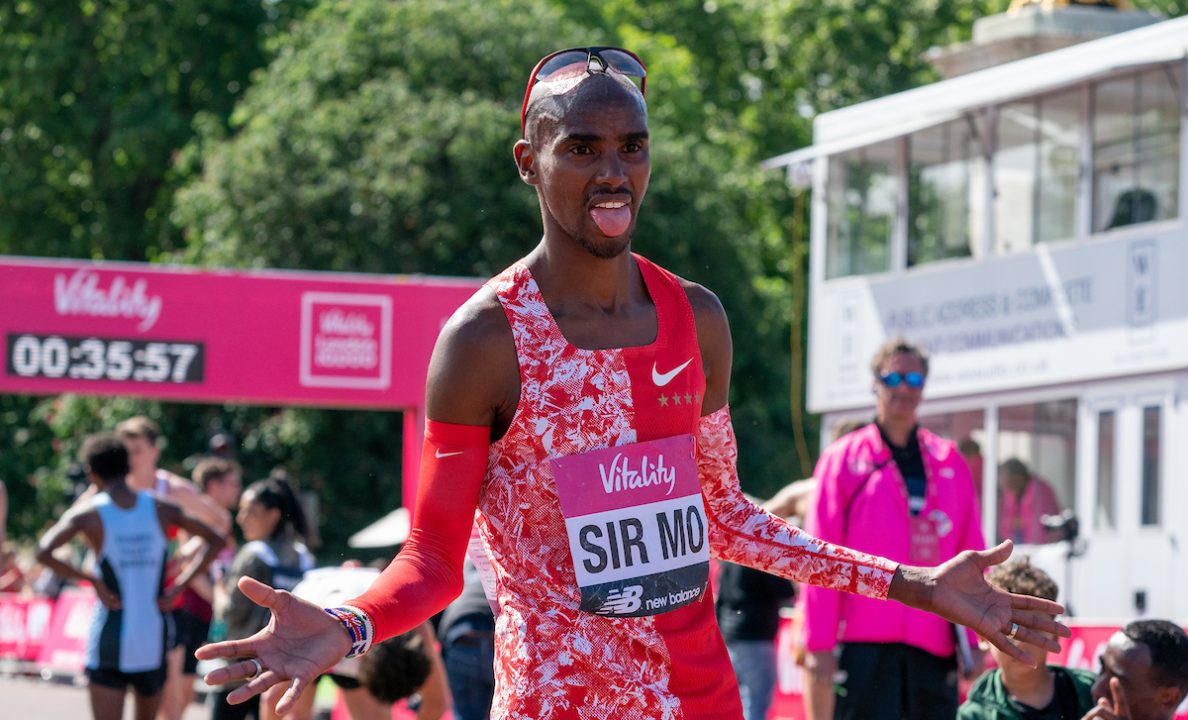 Olympic champion Mo Farah will attempt to qualify for the Tokyo Games by beating the qualifying standard of 27:28.00.

In an invitational 10,000m race at the Müller British Athletics Championships on Friday 25th June at Manchester Regional Arena, the multiple Olympic champ will take another shot at the time.

Farah clocked 27:50.64 at the Müller British 10,000m Championships and European 10,000m Cup at the University of Birmingham on 5th June. But after recovering from a minor ankle injury he now wants to have another crack at securing selection on the first day of the three-day national championships later this month.

The University of Birmingham event was the official Olympic 10,000m trial for British athletes and on that occasion Farah finished second Brit home behind Marc Scott. This means he will be selected for Tokyo if he runs inside 27:28.00 in Manchester and an international field along with pacemakers is being assembled to help him achieve it.

Turning back the clock to faster times

Brendan Foster ran 27:30.3 at the same event and venue in 1978, whereas Ethiopian woman Meseret Defar broke the 30-minute barrier at the 2009 AAA Championships in Birmingham.

Want an invite to the party?

The invitational race will be incorporated into the Müller British Athletics Championships and is open to UK and international athletes. Elite male athlete with a best of inside 29:00 and interested in running in the 10,000m on 25th June, should contact British Athletics  via Spencer Barden at sbarden@britishathletics.org.uk by 12noon (BST) on Sunday 20th June.

Tickets will go on sale to athletes families and 2020 purchasers this week, any remaining tickets will go on general sale at 10am Monday 21st June. The event will be live streamed across all three days on the British Athletics website.