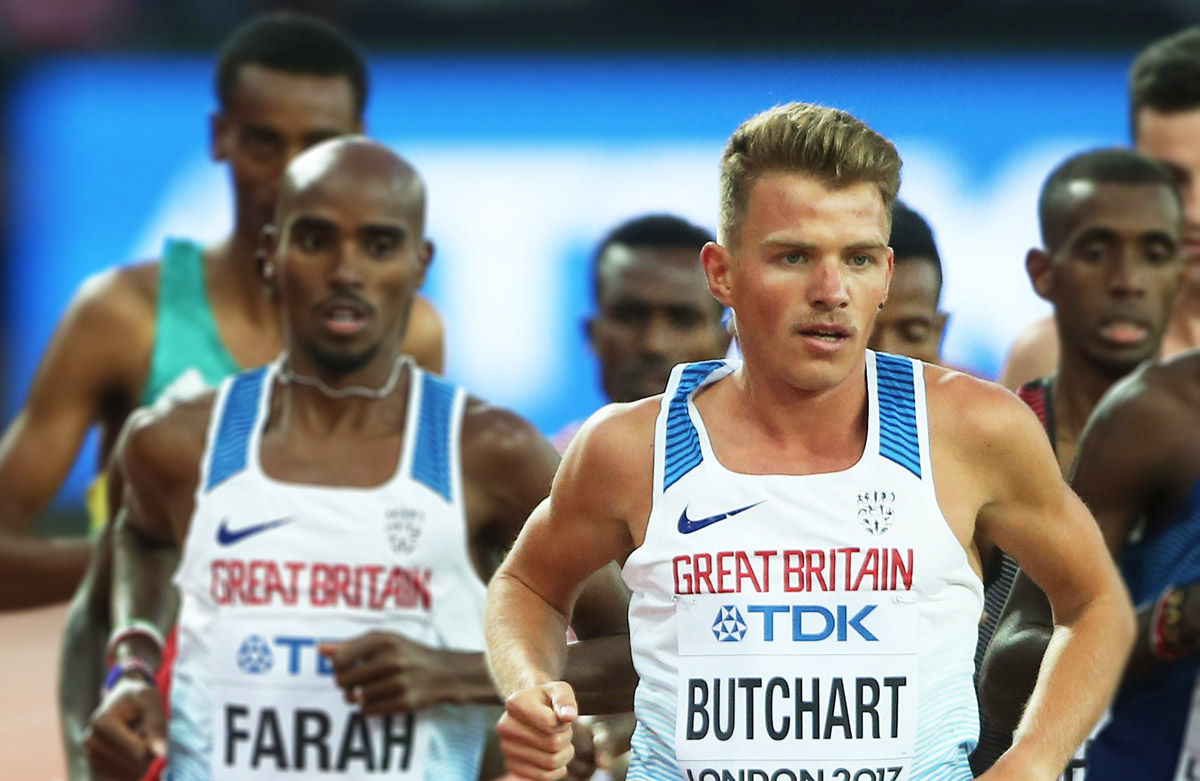 Chris O’Hare and Laura Muir will be the star attractions at the Vitality Westminster Mile on Sunday 26 May and Monday 27 May.

But he will face stiff competition from two-time previous winner Andy Butchart who, after a 2018 scampered by injury, has returned to competitive action in fine fashion this year. The Scottish athlete, who was sixth in the 5000m at the 2016 Olympics, ran a World Championships qualifying time of 13:18.16 for 5000m in the USA earlier this month.

Farah and Butchart will line up with a strong domestic field that includes six men who have run sub 29 minutes including Nick Goolab – the fastest man over the distance in the UK this year (28:22) and 13:34 victor at the Ipswich Twilight 5k this weekend. Goolab arrives in London having finished 4th in last week’s Great Manchester Run 10km. Charlotte Arter, the reigning British 10000m champion on the track, and Tish Jones, who was the second British woman home at the Virgin Money London Marathon and qualified for the World Championships, are also racing, as are three of the six-strong team that Great Britain sent to the World Cross-Country Championships in March: Kate Avery, Jennifer Nesbitt and Jess Piasecki. It will be the first faster test for some of those who raced marathons in April, as well as Jones and Partridge the race sees Hayley Carruthers, Tracy Barlow and Louise Small lining up.

The Vitality London 10000 takes place on Monday 27 May – the day after the Vitality Westminster Mile where Laura Muir will be starting a summer season which she hopes will end in glory at the World Championships in Doha.

Muir & O’Hare in for the mile

European Indoor Championships 800m gold medallist Shelayna Oskan-Clarke will make her debut in the event while Sarah McDonald, who won the Vitality Westminster Mile in 2016 and was runner-up a year later, returns to the streets of central London. In the men’s race, defending champion Chris O’Hare is hoping to become the first man in the history of the Vitality Westminster Mile to break the four-minute barrier.

O’Hare, who won a bronze medal over 3000m at the European Indoor Championships in March, is aiming to break the mark and win the Bannister Trophy just weeks after the 65thanniversary of Roger Bannister’s first sub-four minute mile.

O’Hare will face competition from rising star Jake Heyward, who was fourth in the 1500m at last year’s World Junior Championships, and three-time British 800m champion Elliot Giles. Jamie Webb, who won a bronze medal in the 800m at this year’s European Indoor Championships, and the current course record holder Nick Goolab, who ran 4:01 to win in 2016, will also be on the start line.

Sir Mo Farah will also be at the Vitality Westminster Mile – but not racing. He will be cheering on runners in the family events with some lucky entrants getting the amazing chance to run alongside the four-time Olympic champion and six-time world champion.

The Vitality Westminster Mile is the world’s biggest timed mile event with races for all ages and abilities, from families to adults, schools, wheelchairs, Masters and Olympians. The under-13, under-15, under-17, under-20 and senior races are also the British One Mile Road Championships. Entry for children aged 11 and under is free. Entry for adults is £8 and for children between 12 and 18, entry is £6 with a £1 reduction for Westminster residents. To enter, click here.

A record number of more than 17,000 participants are expected to run the Vitality London 10000 on a course which passes iconic London landmarks such as Admiralty Arch, Nelson’s Column, St Paul’s Cathedral, Mansion House, the Bank of England, the Old Bailey, Somerset House, Big Ben, the Houses of Parliament and Westminster Abbey.