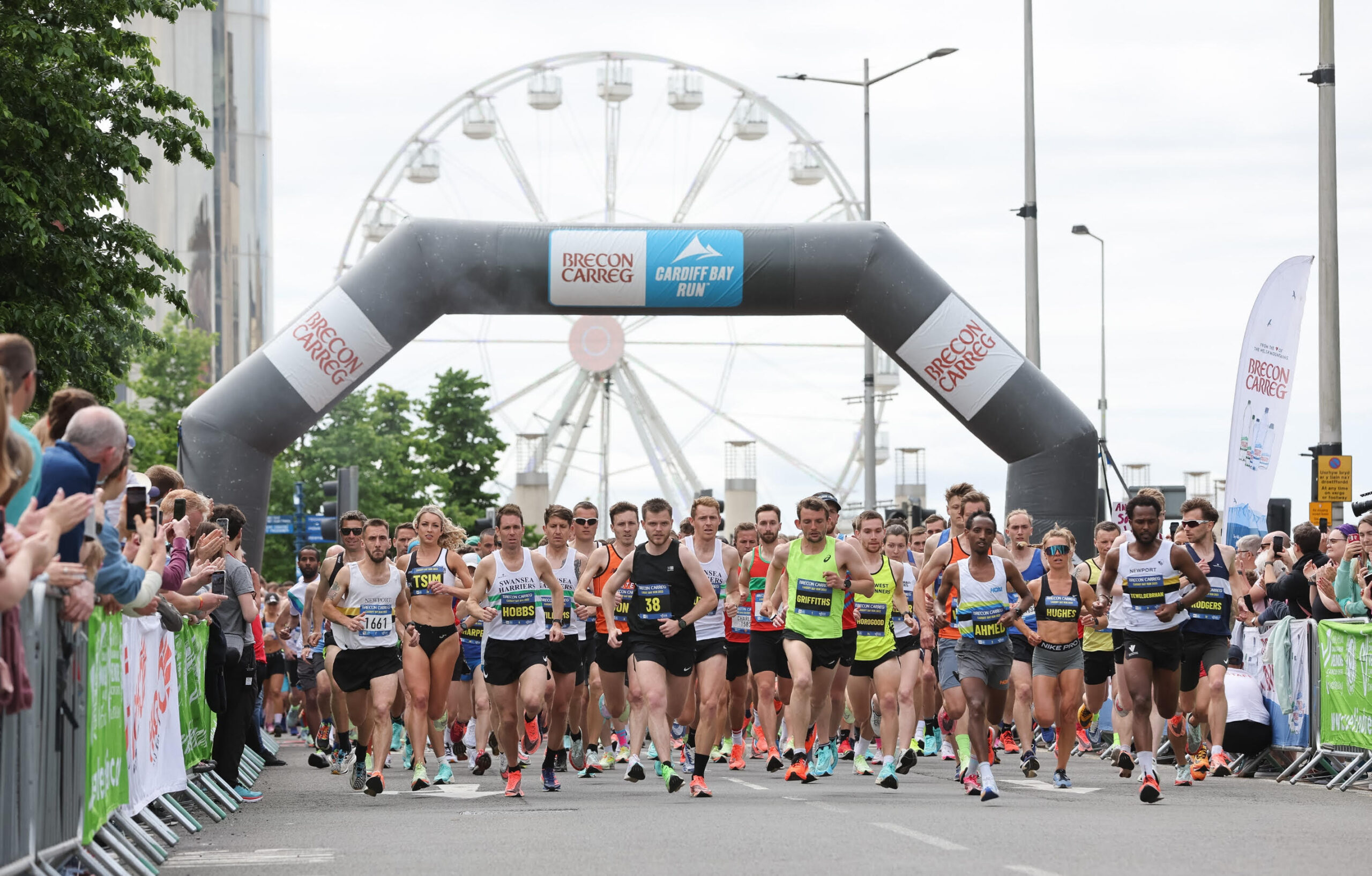 Omar Ahmed fought off a challenge from the resurgent Dewi Griffiths to defend his Brecon Carreg Cardiff Bay Run title.

There was a second victory in two weeks for Pontypridd Roadent’s Olivia Tsim, who only took up competitive running during lockdown, as her rapid rise continued.

The sun was shining for the main event, which forms part of the Healthspan Wales 10K Series, as defending champion Ahmed and multiple Welsh champion Dewi Griffiths went head to head in the men’s race.

Swansea Harrier Griffiths stuck with Ahmed through 5K as the pair hit the halfway mark in 14 minutes 28 seconds, but Birchfield Harrier Ahmed pulled away to retain his crown in a time of 29:10. Griffiths was 20 seconds back in second place, ahead of Newport’s Abed Teweldebrhan in third (30:18). “I really enjoyed it out there,” said Ahmed after defending his title. “I was fast through five kilometres and then I just pulled away, it’s a great course. I was keeping track of my time and made sure I had enough in the tank for a sprint finish at the end. The fans were so nice, I have never seen people like this, they are beautiful people and I have to say thank you.”

Griffiths continued to build towards the Commonwealth Games with another positive performance after a frustrating two-year period of injury and illness setbacks.

“I’m on the right path and hopefully, with a bit of luck I’ll get selected for the Commonwealth Games, where hopefully I can produce the goods,” he said. “I’ve been through some tough times, everything is easy when you’re at the top but it’s tough on the way back with constant niggles and illness. The last 12 months especially have been really hard, but I’m back feeling competitive again and hopefully it’s a sign of things to come.”

Tsim, who was proposed to on the Cardiff Half Marathon finish line five years ago, earned a gun-to-tape victory in the women’s race. The Pontypridd Roadent said yes that day in 2017 after only taking up running to complete the race. Five years on, she stormed to a commanding victory in 35:15, a full minute and 13 seconds ahead of the rest of the field. Swansea Harrier Rachel Davies was second (36:27) and Donna Morris (36:50) from Builth & District was third. It was her second victory in two weeks after her Caerphilly 10K triumph last weekend. “It was hotter than I expected and I didn’t really adjust my pace to take that into account,” said the new female champion. “But you have to give it your all and I certainly did that today.

“The Cardiff Half in 2017 was the race that got me into running, through lockdown there was nothing else to do so we carried on, and here we are now!

“The support was great, I lived in Cardiff Bay for five years so I know this place like the back of my hand and it was nice to be racing somewhere I still call home.”