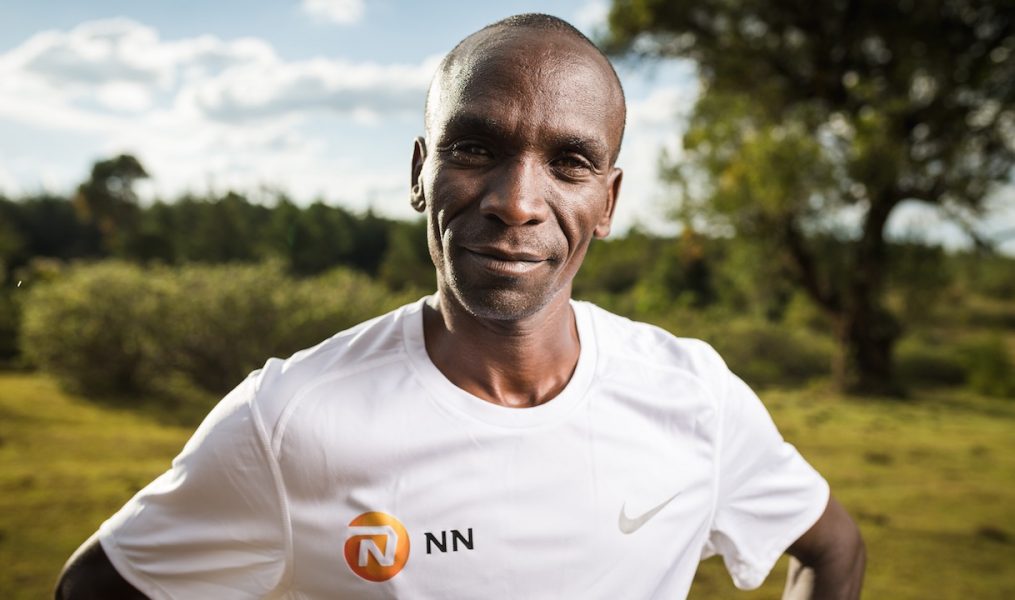 Eliud Kipchoge aim at the Berlin Marathon on Sunday (September 16) is to break his personal best of 2:03:05, which is only eight seconds slower than the current world record.

At Friday’s press conference the defending champion held back slightly when asked about a world record attempt.

“After winning in London in April I concentrated on preparations for Berlin and can assure you that I shall run well on Sunday,” said Kipchoge. “I want to improve my personal best.”

When pressed further about world record possibilities, Kipchoge simply responded: “Yes, it would of course be very good if I could run that.”

Perhaps the reason for his reluctance to commit fully in public is caused by two previous world record attempts in Berlin where the 33-year-old had bad luck.

No athlete had ever run a marathon so fast in such conditions. Kipchoge showed he can run faster than 2:02:57 when he clocked 2:00:25 last year in Monza, albeit the race did not conform with international regulations.

The only man to have beaten Kipchoge in the marathon is Wilson Kipsang and that was in 2013. Kipsang broke the world record in that Berlin race with 2:03:13.

The 36-year-old has plenty of experience and achieved consistently world-class performances over many years, breaking 2:04 on four occasions – a total Kipchoge has not yet matched.

Wilson Kipsang plans to run more cautiously than Kipchoge on Sunday: “I want to run similarly to my world record in 2013. I ran the second half faster than the first then. This Sunday I want to reach halfway in 61:30.”

Among those likely to be in the chasing group with Kipsang is the world record holder for the half marathon, Zersenay Tadese of Eritrea.

A full preview of the Berlin Marathon can be found here.