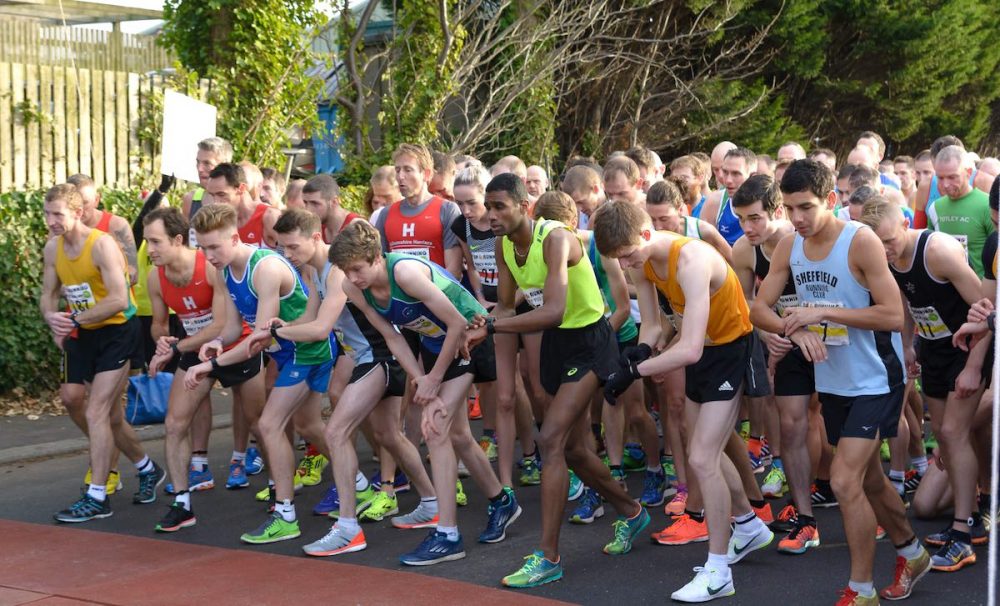 Defending champions Eilish McColgan and Mohammed Abu-Rezeq return for the 25th edition of the Percy Pud 10k in Sheffield on Sunday (December 3).

McColgan and Abu-Rezeq set course records on route to their wins in the South Yorkshire race last year, and with the race organiser offering a very healthy £1000 for course records could be a target again this weekend.

The event’s popularity has far exceeded its humble beginnings in 1993 and is now capped at 2,200 participants – selling out every year.

Why is it so popular? Traditionally each finisher in the race receives a Christmas pudding for their efforts. Food and seasonal music are also provided after the race to kick off festive celebrations.

Altrincham AC’s Abu-Rezeq clinched the men’s title last year in 29:57 with a dominant display to finish almost two minutes clear of Clowne’s Gareth Lowe. Likewise, Olympian McColgan sealed the women’s title in a superb 32:30, over two minutes ahead of Julie Briscoe of Wakefield.

Abu-Rezeq last race was a 30:22 clocking at the Cheshire 10k on the November 4, and on Sunday he will face the challenge of the impressive Andrew Heyes. The Team New Balance Manchester athlete comes into the race in fine form after a superb 11th place at the Liverpool Cross Challenge last weekend.

Matt Clowes of Cardiff AAC also has an elite entry and comes into the race in very good shape having already raced over 10k eleven times this year and impressively four of those races he has broken the 30-minute mark.

Also in the mix will be Sheffield and Dearne’s Iraitz Arrospide who last weekend ran 65:34 to win the San Antonio Half Marathon

McColgan leads the women’s field and most recently raced on November 23 in the USA finishing fourth in the Manchester Road Race. Back in the UK, the Scottish athlete won the Leeds Abbey Dash at the beginning of November in a course record 32:05. 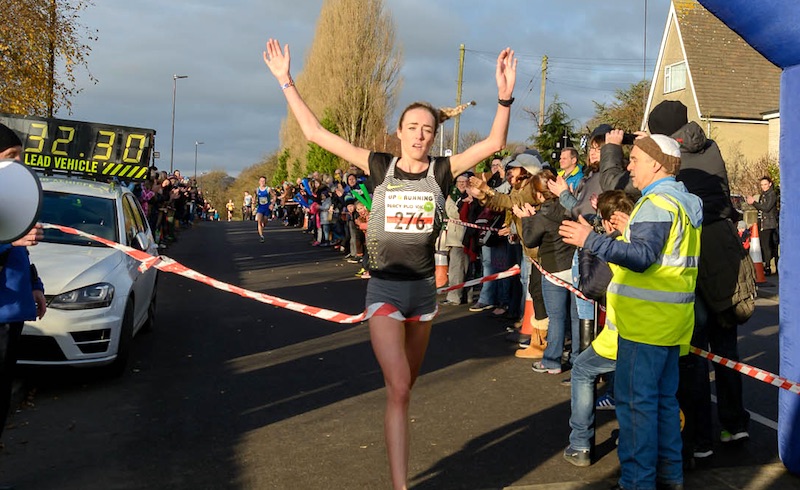 Challengers on Sunday include Rebecca Robinson of Kendal AC and Sarah Lowery of Sheffield RC.

Elsewhere this weekend the Stockport 10 takes place, as well as the Victory 5 in Portsmouth and the Manchester League Cross Country continues for third weekend.

This undulating and testing 10-mile road race returns on Sunday with Jack Morris the big name expected on the start line.

Stockport Harrier’s Morris comes into the race in good form. Most recently the local runner finished 30th at the Liverpool Cross Challenge in Sefton Park. He will have fellow Stockport Harrier Jack Nixon for company on race day.

Now one of the top 5-mile races in Europe, the Victory 5 attracts leading runners from the UK and overseas. The outright race records are held by Rob Denmark with 22:43 and American Nnenna Lynch in 25:35. On the current course, Kenyan’s Peter Emase and Agnes Chebet hold the records with 22:57 and 26:46 respectively.

Athletes known to have entered and in contention this year include; Matt Sharp, Alex Teuten and Chris Powner.

Sharp of Enfield and Haringey has a 5 mile best of 23:41 and recently finished second to Chris Thompson at the Great South Run with 48:35.

Teuten comes into the race on the back of a fantastic second at the Liverpool Cross Challenge. The cross country race also incorporated the Euro Trials and the Southampton athlete’s placing has earned him a first GB vest at the upcoming European XC Championships. Teuten has a 5-mile best of 23:57.

Powner of Winchester has raced sparingly this year but clocked 15:00 at Armagh 5k back in February.

The third event of the Manchester Area XC league takes place on Saturday in the south of the city.