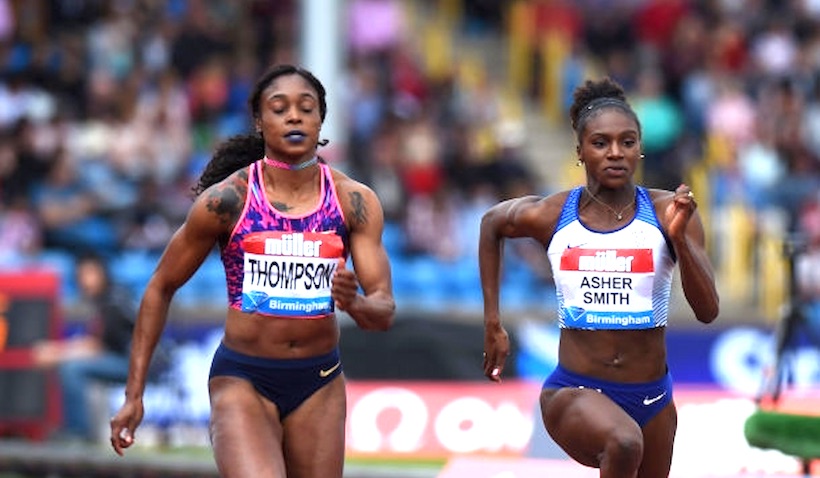 Dina Asher-Smith, Elaine Thompson, Dafne Schippers and Marie-Josée Ta Lou have all been confirmed for an all-star 60m field at the Müller Indoor Grand Prix Glasgow.

Fans will hope that all four can make it through from the two qualifying heats and then do battle for victory in the Glasgow final.

Jamaica’s Thompson will be intent on a strong start to 2018 following a shock fifth-place finish over 100m at 2017’s World Championships in London.

“Women’s sprinting is hugely competitive, as we saw in London last year, and when you take into account the skill of starting quickly, the 60m is really an event in which a lot of girls have the opportunity to shine and take the win, said Thompson. “I have no doubt that we will see some incredible performances over 60m at the Müller Indoor Grand Prix Glasgow.”

Asher-Smith, who finished fourth in the 200m and played a pivotal role in the British women’s world 4x100m silver last summer, said: “The last two years have been crazy but 2018 really is no different, so to have the opportunity to compete in front of a British crowd at the best indoor meeting in the world next month is really exciting.

“My aim over the next few years is to keep improving and turn my 4th and 5th places into podium finishes. The races in Glasgow are sure to be great.”

Ivory Coast’s Ta Lou, who broke into the podium places in fine style at London 2017 said: “2017 was unbelievable for me, but aside from anything else it left me hungry for more success. I have now sampled what it is like to compete in the UK many times, and I can’t wait to come to Glasgow in only a month’s time and compete at the world’s best indoor athletics meet.

“2018 is another exciting year for athletics and for me personally – in Glasgow, I really hope to capitalise on my performances at London 2017 against the tough competition I face in the likes of Elaine (Thompson), Dafne (Schippers) and Dina (Asher-Smith).”