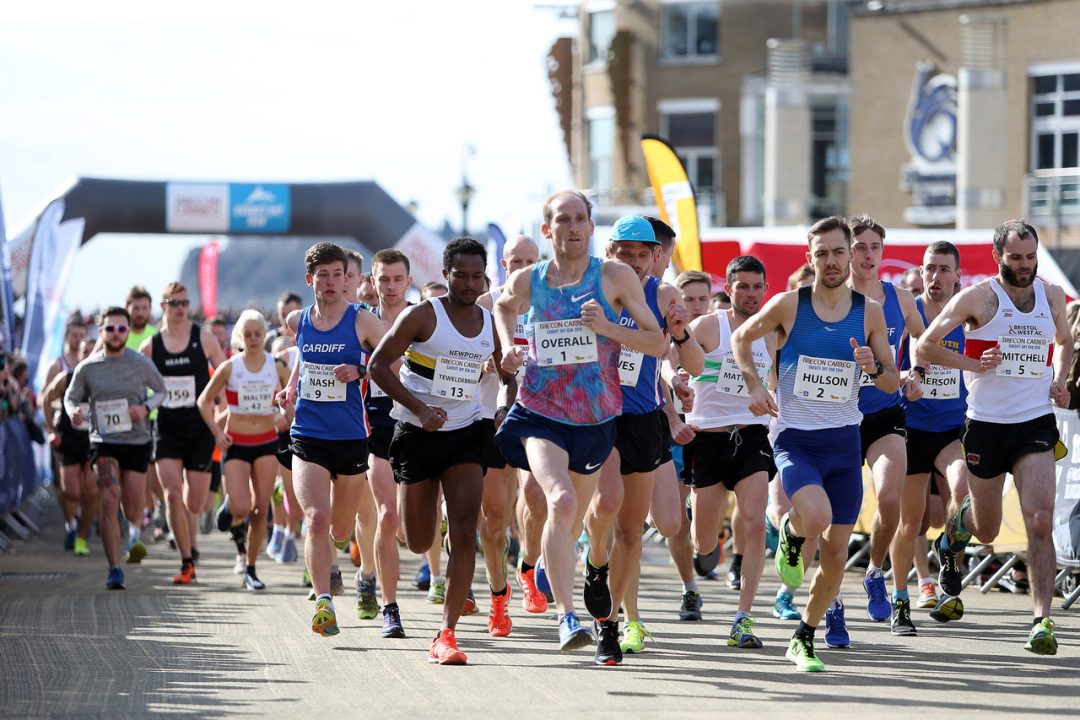 Returning champions Charlie Hulson and Eleanor Davies are also set to race in the Welsh capital.

Dewi Griffiths and Charlotte Arter are among the leading names announced for the Brecon Carreg Cardiff Bay Run on Sunday, March 31.

The race will host the Welsh 10km Championships and will act as the first fixture in Run 4 Wales’ Healthspan Wales 10K Series.

Griffiths will return to the flat and fast race around Cardiff Bay after last starring there in 2017 when he set the course record of 29:08. The Swansea Harrier will contest the 2019 edition following a return to shape which includes a 61:44 clocking for the Half Marathon at Houston in January and a seventh Welsh Cross Country title.

Charlie Hulson will return as the reigning champion at the end of what has been a successful Cross Country season for the Liverpool Harrier who finished 17th at the Spar European Cross Country Championships in Tilburg and sixth at the IAAF Permit race in Belfast.

Ieuan Thomas has previously run 29:13 and along with fellow Commonwealth Games Athletes Jon Hopkins and Josh Griffiths who was the 2017 British Marathon Champion, will line up in Cardiff.

Matt Clowes was second last year and will race along with Cardiff AAC clubmate Jake Smith who finished just ahead of him at the recent Speedway 10k in 29:45.

2012 Olympian Scott Overall is also entered and may look to improve on his third place finish from last year as part of his preparation for the Boston Marathon in mid-April.

Kieran Clements has an impressive set of PB’s which include a sub 14 minute 5,000m best and a 28:37 clocking for 10,000m on the track. Tom Merson, Shaun Antell and John McDonnell are amongst a further six athletes in the field that have also run sub 30 minutes for the distance in the past. The women’s race is set to be equally strong with a mix of the top Welsh talent, a selection of the top British athletes and even a Belgian International.

Arter will race in Cardiff Bay looking to record a time as an indicator of shape over 10km following her Welsh record run at the Barcelona Half Marathon in early February. Her time of 69:41 was the fastest by a British athlete since 2015 and took her to eighth place on the all time list of British performers.

Her greatest rival may be the clock on March 31, but the fiercest competition could come from fellow Welsh International Elinor Kirk. Kirk competed for Wales at the Commonwealth Games in the Gold Coast over the Marathon distance. Her best time of 32:35 for 10km makes her the third fastest on paper based on current entries.

Belgian 5000m champion Nina Lauwaert will also race in Cardiff along with Kate Reed of Bristol & West AC who is the fastest on paper with a 32:07 clocking to her name.

2018 champion Eleanor Whyman-Davis will return to defend her title and the Cornish speedster told Fast Running: “Cardiff will be the last sharpener before the London marathon and breaking 33 minutes would be really nice.

“I’m in better shape than last year, but hopefully the wind across the barrage is kind.”

Whyman-Davis will be joined by Rachel Felton, Kate Maltby and Leigh Lattimore who have also all run sub 34 minutes in the past.

Further Welsh interest will sit with Clara Evans who stormed to a 72:52 clocking over the half marathon in Barcelona, 2016 Welsh Cross Country Champion Beth Kidger and with Natasha Cockram who became the fourth fastest Welsh Marathoner of all time at Houston earlier this year with a mark of 2:34.18.