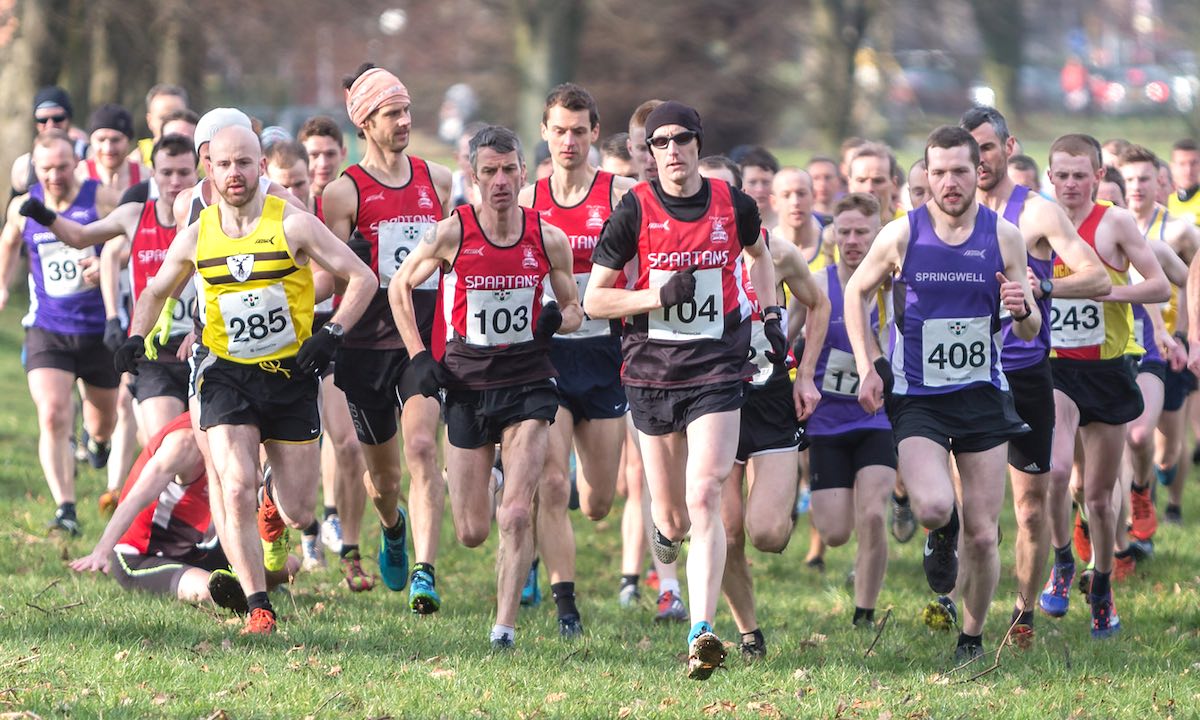 Mark McKinstry and Breege Connolly are among the top runners competing at Lurgan Park this weekend.

Over 530 runners are entered for the Northern Ireland and Ulster Senior Cross Country Championships at Lurgan Park on Saturday (February 23).

Reigning champion Declan Reed is among those returning to Northern Ireland’s largest urban park and once again he’ll face the in-form Mark McKinstry.

McKinstry has had a fantastic few months on the country, including winning the V35 title at the British & Irish Masters’ International Cross Country Championships in January.

The North Belfast Harrier finished ahead of City of Derry’s Reed at the Irish Masters Cross Country in February, with McKinstry taking the V35 crown and Reed claiming the V45 title, and this weekend will hope to finally win his first NI and Ulster senior gold after multiple silvers.

McKinstry has also shown great improvement on the roads and most recently ran a big personal best 14:39 at the Armagh 5k to go sub 15-minutes for the first time.

Newcastle’s Zak Hanna, who won the Irish Novice title at the end of 2018, will be among the challengers at the front of the race, along with clubmate Seamus Lynch and Foyle Valley’s Chris McGuiness.

North Belfast’s Conal McCambridge, Philip Goss, Eamon White and John Black will also hope to feature highly in the field, while North Down AC’s Craig McMeechan and Ryan Holt of Willowfield Harriers are also entered for the 12km race.

City of Derry go for a third consecutive team gold but expect a strong challenge from a strong North Belfast Harriers team.

Breege Connolly will start as favourite in the senior women’s 6km race, with 2017 champion Jessica Craig and North Down clubmate Rachel Gibson also in the hunt for NI and Ulster honours. Emma Mitchell was named among the entries but is not racing in Lurgan on Saturday, with her focus firmly on preparations a 26.2 mile debut the London Marathon in April.

City of Derry’s Connolly, who represented Ireland in the marathon at the 2016 Rio Olympics, is in rich form and most recently ran a 3k road PB in Armagh, after a five mile best to finish third at the Raheny 5 Mile Road Race.

Meanwhile, former winner Craig won bronze last year and will be at the forefront once again.

Gibson has claimed silver for the last two years and after 3000m and 3k bests this month will hope to transfer the speed into country gold.

Beechmount Harriers’ duo Catherine Diver and Sarah Lavery should also be in the mix.

With Katie Moore and Sarah Grant, who won the Stormont Cross Country this month, also among the North Down entries, another team gold will likely go to the strong Bangor club.

Meanwhile, national cross country championships also take place in England, Scotland and Wales this weekend. A preview of the English action at Harewood House can be found here, Scottish preview here and the Welsh preview can be found here.