Competitive Fields Battle it out for the England 10,000m Championships at FASTFriday 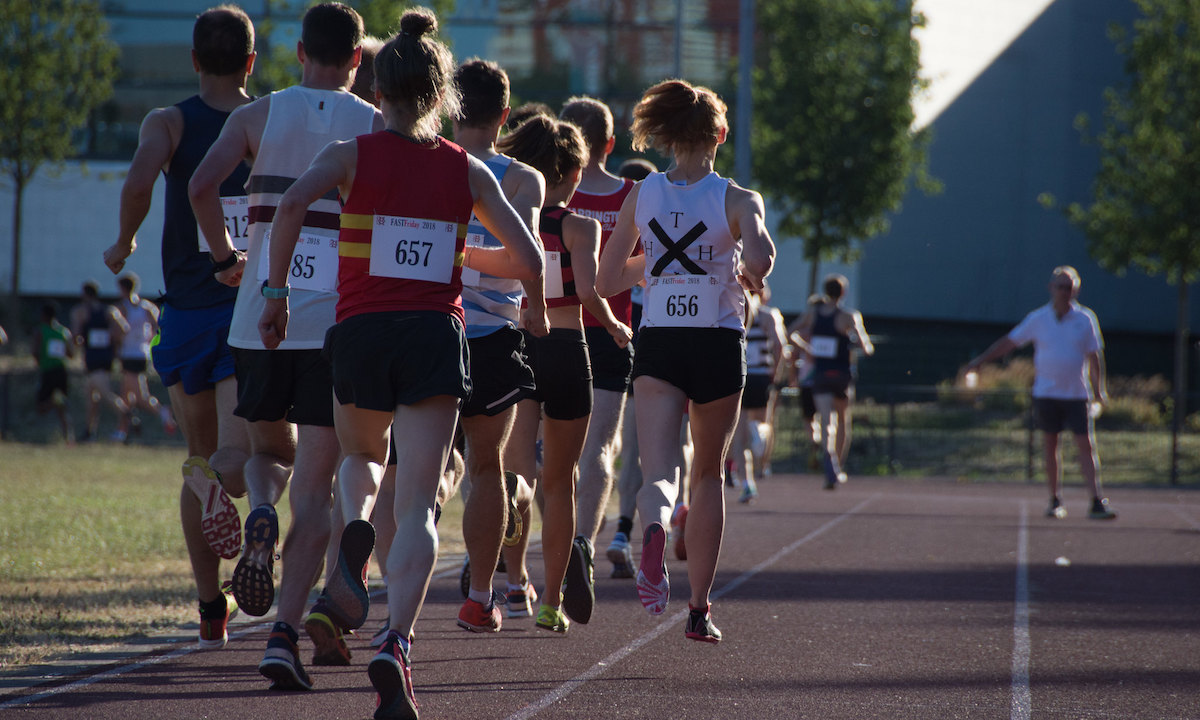 Jack Gray, Adam Hickey, Tracy Barlow and Phoebe Law are amongst the leading names going head to head for the England 10,000m Championships at FASTFriday.

The FASTFriday 10,000m race has gone from strength to strength and is rapidly becoming a favourite in the UK distance running calendar. This year the race also hosts the men’s and women’s England 10,000m Championships to cap a night of six races including a fast 5,000m.

Intercounties XC champion Adam Hickey once again goes head to head with Cambridge & Coleridge’s Jack Gray. The two both set PBs at Ipswich Twlight 5km and at Brighton 10km. In both races just a handful of seconds split the two athletes with Hickey running the 10km in 28:53 and Gray 28:57.

GB trail runner Tom Evans (PB 29:44) and Danish pastry expert Ben Savill (30:45) are amongst a number of Allison Benton coached athletes competing across the 6 races. England 10km athlete Will Mycroft and England marathon runner Aaron Scott are ones to look out for. Phoebe Law has the leading road 10km PB of the field with 33:11 set at last year’s Brighton Marathon 10km. The Mick Woods coached athlete finished 2018 leading the under 23 10km racings. Nicole Taylor of Tonbridge AC is in great form finishing third at Ipswich Twilight 5km with a new PB of 15:57 and recently beat Law over 3,000m.

GB marathon runner Tracy Barlow has a road 10km PB of 33:31 and is competing over 10,000m on the track for the first time. A strong challenge is expect to come from Dani Nimmock who has a PB of 33:41 on the roads set at Brighton Marathon 10km. Nimmock was recently selected to represent Great Britain at the World 50km Championships this Autumn.

Naomi Taschimowitz is another athlete likely to be in the mix. With a 5,000m set last year of 15:54 the Shaftesbury Barnet athlete certainly has the speed to make her competitors wary.

A Night of Action

In total six races are planned including a fast 5,000m race featuring some excellent club talent including John Sanderson, Ben Savill, Alex Pointon and Ben Johnson. “I can’t believe the standard of athlete’s heading to Walthamstow” says Barny Foot, the humble and engaging race director who has grown the even from small beginnings to now hosting the England 10,000m Championships.

Getting going from the ground up

Foot explains how the event has grown from humble beginnings “I watched the YouTube video of the very first Highgate. I thought that would be really good fun, but I’ll never be good enough to run in it so I needed to set up another event that I could run in”.

Foot highlighted the role of Ben Pochee, Race Director of Night of the 10,000m PB’s, played in getting things going “I met Ben at an Indoor Meet at Lee Valley and introduced myself and said I would like to do this. So I met him for a coffee and it went from there. Initially we had two 10,000m races. Our lap counting that first night was dreadful, but people just seemed to really enjoy it. One year the electricity didn’t work!”

The event is another example of how individuals and clubs at a grass roots level can work together to create dynamic and exciting competitive opportunities “the support I have had from the wider club network in particular Hercules Wimbledon and Highgate has been remarkable.” “My plan initially was to blow it out of all proportions” says Foot “we’d get a group of club runners together, get their name on their vest in front of a crowd and get them feeling like Sebastian Coe, but once you get one or 2 names along others inevitably follow”. Despite the teething problems runners kept coming back and the race has grown year on year “Ben has taken his race to such a high level it’s our responsibility to follow it”.

On the relationship with England Athletics and the championship race Foot said “It’s a good mutual benefit because it adds value back into their title and at the same time definitely adds value back on to our event.”

The event takes place at Walthamstow Track with the first race at 18:30 more details here – https://www.orionharriers.com/fastfriday-07-06-2019/