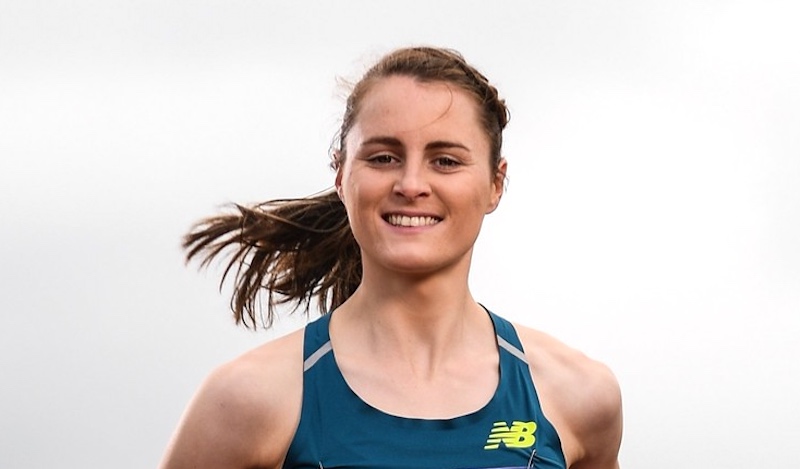 Ciara Mageean is starting to “feel like a professional athlete” and hopes to impress at the World Indoor Championships this week.

2016 European 1500 metres bronze medallist Mageean believes her tough decision to move from Dublin to Stockport will help her perform at this week’s World Indoor Championships in Birmingham before challenging for a medal at the Commonwealth Games.

The 25-year-old, who will represent Ireland in Birmingham before she sets off with the Northern Ireland team to the Gold Coast in April, has settled into life on the other side of the Irish Sea since linking up with new coach Steve Vernon’s training group last year.

She will arrive at Arena Birmingham off a rest spell that followed her eighth place at last month’s New Balance Grand Prix in Boston.

But Mageean, part of a five-strong Ireland team for the BBC-televised showpiece which begins on Thursday, revealed house-sharing – and training – with leading athletes including Elinor Kirk, Ross Millington and Ben Connor has re-shaped her approach.

“That’s been fantastic for my mentality,” she said. “We’re supporting each other every step of the way. It makes things a little easier and for an athlete, it’s all the little things in my life that make things easier when it comes to the tough parts. You don’t use up energy.

“So a few of us will go to the gym together. We’ll go to the track together. Even chilling, we’ll take it in turns to make dinner. We’ll be in the front room foam-rolling. In Dublin I lived in my own in a house with the landlord and a flat-mate. It’s different to an athlete life.

“People thought I moved because I didn’t have the support – but the backing I had in Dublin was great. The Institute of Sport there put everything I needed on tap, like physio and S&C and sports psychology.

“I had a fantastic coach in Jerry Kiernan. But the move was to put me in a place where I could feel like a professional athlete and be able to take on the world. I’ve only been doing it a matter of months but it’s already working well.”

The Co. Down hopeful is ready for the challenge of taking on British favourite Laura Muir in the 1500m.

“She’s in flying form,” Mageean said. “There are a load of girls who are running 1500 and her and Eilish McColgan are doubling up in the 3000m. But I see them as any other competitor once I get on the line. You have to race the race.”

Mageean will be joined in Ireland’s five-strong squad for Brum by in-form Phil Healy in the 400m, new Irish record holder Amy Foster plus Ciara Neville in the 60m, and another of Northern Ireland’s Commonwealth crew Ben Reynolds, who landed an IAAF invite for the 60m hurdles.

Reynolds, who will run his heats on Saturday, plans to use his second world indoors appearance to gear up for the Commonwealths.

“We’ve tried to step up from indoors to get ready for Commonwealths and this is about getting my starts really fast,” the 27-year-old from Holywood said. “And then I’ll focus on the Gold Coast to build my pace all the way through.

“My key here is to get to the semi-final at least. That would make such a difference to getting back on funding if I can do that at a major championships. That would take some pressure off. Athletics Northern Ireland have been really helpful with travel but that would give me extra help.”

10 fastest parkruns across Ireland, with an Olympian top of the men
Mo Farah and Callum Hawkins set for battle in London