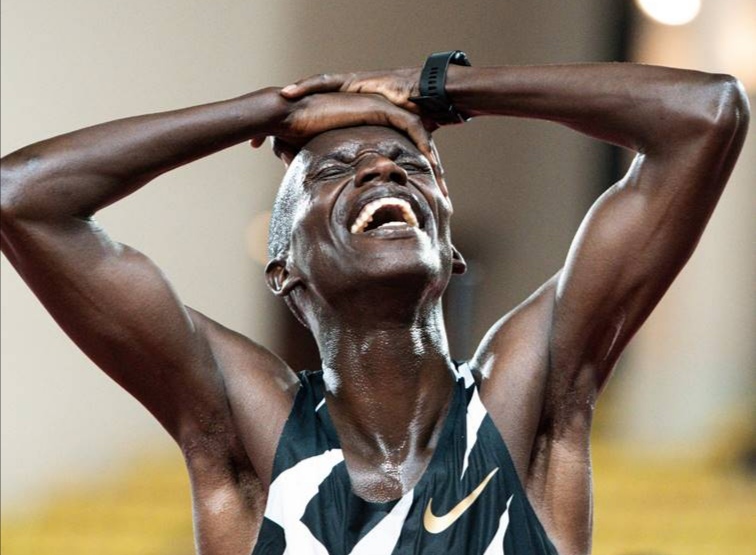 Joshua Cheptegei broke the world 5000m record in a time of 12:35.36 at the Diamond League meeting in Monaco this evening

The record had been one of the longest standing in athletics, with the closest being Selemon Barega with 12:43 since it was set by Bekele back in 2004. Gebrselassie in 1998 and Komen in 1994 are the only other athletes to have run inside 12:40.

Cheptegei said “I’ve learned that anything is possible, if you have the right mindset and believe. I really thank Kenenisa so much for inspiring me when I started running. He has always been a big inspiration and motivation to me. This record is a special moment for me and I like to thank Kenenisa for his inspiration.”

In his first competitive appearance since February, when he smashed the world 5km road record also in Monaco, Joshua has been diligently preparing for the world record attempt in his native Uganda alongside his coach, Addy Ruiter.

Last year he secured the world cross country title in Denmark and world 10.000m crown in Doha. He also set a world 10km record and landed the 5000m Diamond League Trophy in Zurich.

Find out more at the NN Running Team website.