British and Irish set for Millrose Games in New York 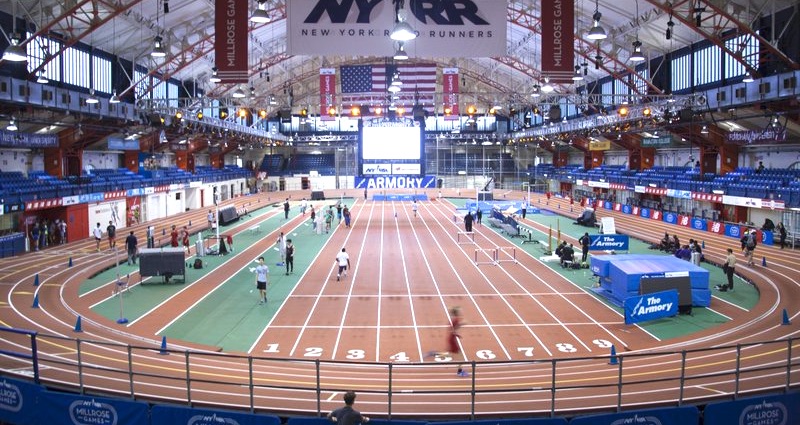 Chris O’Hare, Andy Butchart and Ciara Mageean are among the British and Irish athletes competing at the NYRR Millrose Games in New York on Saturday (February 3).

Chris O’Hare, fellow Scot Josh Kerr and Charlie Grice feature among a strong field in the illustrious men’s NYRR Wanamaker Mile. US-based O’Hare and Kerr will open their indoor seasons while Grice will have a second outing over the distance after posting 3:58.31 last weekend.

Grice has the fastest mile among his fellow Brits with 3:52.64, however, indoors, O’Hare has the quickest to date with an impressive 3:52.91 at this event in 2016 to finish third.

University of New Mexico sophomore, Kerr, made a name for himself in 2017 winning NCAA mile and 1500m titles both indoors and outdoors.

The men’s indoor mile, that dates back to 1926, will see the British trio on the start line with defending champion Eric Jenkins of the USA, New Zeland’s two-time Olympic medalist Nick Willis, Kyle Merber, Will Leer and Ben Blankenship.

Willis, who has the quickest mile PB with 3:49.83 is aiming for his first win in six attempts at the Armory.

Ireland’s Ciara Mageean will lineup in the women’s NYRR Wanamaker Mile alongside USA’s Sara Vaughn. Brenda Martinez, who won a world silver medal over 800m in 2013 is a late withdrawal, while 2017 winner Sifan Hassan sits out this year.

Mageean, who will compete for Northern Ireland at the Commonwealth Games this spring is the fastest over the mile in the field – setting 4:22.40 last year at the Anniversary Games in London. The 25-year-old clocked an indoor PB 4:28.40 at the same event in 2016.

Elsewhere, Andy Butchart opens his indoor season in the 3000m, with USA’s Garrett Heath among the field, while Lynsey Sharp races in the 4x800m women’s relay as part of a New York/International Allstars quartet. Scottish pair Butchart and Sharp have recently moved to the U.S. under the guidance of their coach Terrence Mahon.

Kyle Langford will start 2018 full of confidence after narrowly missing out on a medal at the World Championships last summer. The 22-year-old will race in the 800m alongside Kenya’s Emmanuel Korir.

Sean Tobin, who impressed in the green of Ireland at the European Cross Country Championships in December 2017, will feature in the invitational mile event earlier in the day.

The full schedule can be found here.