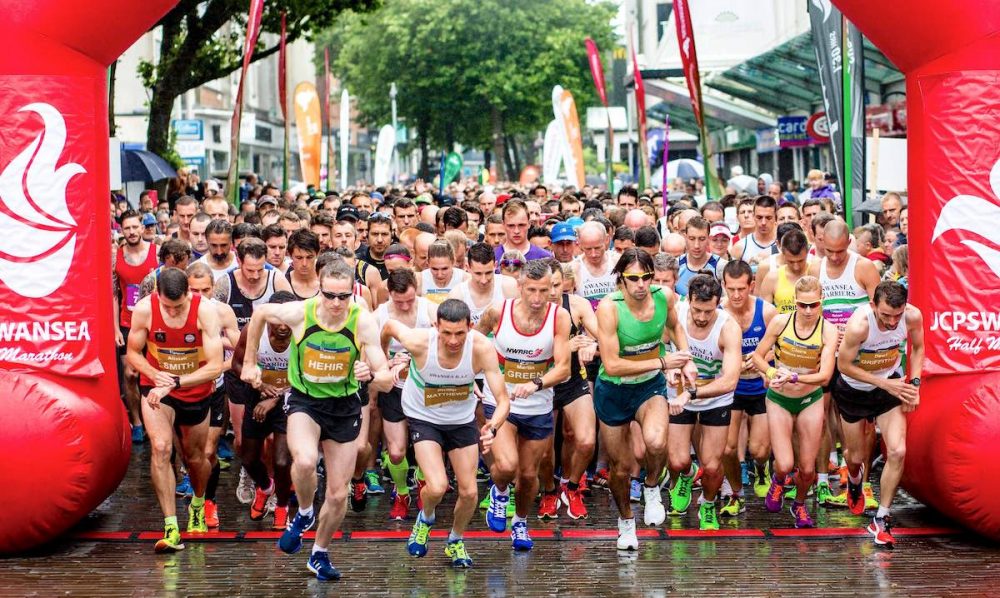 The Welsh city stages its annual half marathon this weekend with Josh Griffiths, Matt Clowes, Caryl Jones and Claire McCarthy among the entries.

Josh Griffiths, Matt Clowes and Aaron Scott are set to race at the JCP Swansea Half Marathon on Sunday (June 24), while Caryl Jones faces defending champion, Claire McCarthy, and Tracy Barlow in a top women’s field.

The Welsh city half marathon features a revised route but still uses a pancake flat course that will take over 5,000 competitors up to the seaside town of Mumbles, allowing for incredible views across Swansea Bay on the way back to the finish near Museum Green.

Both Griffiths and Clowes will be chasing maiden victories and a potential course record at the seaside race that was voted the best half marathon in the UK for 2017 and 2018.

Griffiths was the 2017 British Marathon Champion and competed at his first Commonwealth Games on the Gold Coast in April. The Swansea Harrier was third on his last outing at this race in 2016 but likely to move up the podium in 2018.

Cardiff AAC’s Clowes is the most likely to upset the party for Griffiths and is the fastest athlete on paper with a best mark of 64:38. He is also the only man in the field to have run under Dewi Griffiths’ course record of 64:49 set 12 months ago.

Lincoln Wellington’s Scott is the next fastest on paper, also having run under 66 minutes in the past.

Tom Merson has shown great 10km form with a best mark of 29:50 and a win at the Great Bristol 10k in May. The Exmouth Harrier is also a great racer and will be on hand to push the pace in the search for a new half marathon best.

Michael Kallenberg will look to support his Cardiff club mate Clowes. Kallenberg is better known as an ultra-distance runner these days but is also the 2018 RAF Cross Country Champion.

Phil Matthews competes for local Club Swansea Harriers and is a regular at Welsh races. Recent form includes a silver medal at the Welsh Cross Country Championships in the City from February. Claire McCarthy will return to defend her race crown from 2017. The Irish athlete who was 33rd at the 2017 IAAF World Championships Marathon in London will also have her course record of 74:34 at stake.

Caryl Jones is likely to improve on her third place from last year after steadily returning to her best over the last twelve months.

The Swansea Harrier now looks to be very close to the form that saw her run 71:18 at the Great North Run in 2012 and finish 10th at the IAAF World Half Marathon Championships later the same year.

More recently, Jones finished eighth in the Commonwealth Games at the women’s marathon, in the heat of the Gold Coast.

Tracy Barlow of Thames Valley Harries will also contest the race and is another athlete who has proven recent form. Her lifetime best of 72:35 was set whilst competing for Great Britain & Northern Ireland at the 2018 IAAF World Half Marathon Championships in Valencia.

Gladys Ganiel is another Irish athlete who should feature and has a PB of 75:08. Laura Graham completes the trio of Irish competitors and should be in the mix after setting her 75:15 best whilst finishing 12th at the Vitality Big Half earlier this year.

Evergreen Emma Stepto who was the 2014 British Half Marathon Champion and regularly makes the trip from Cornwall to compete in South Wales will also be present.