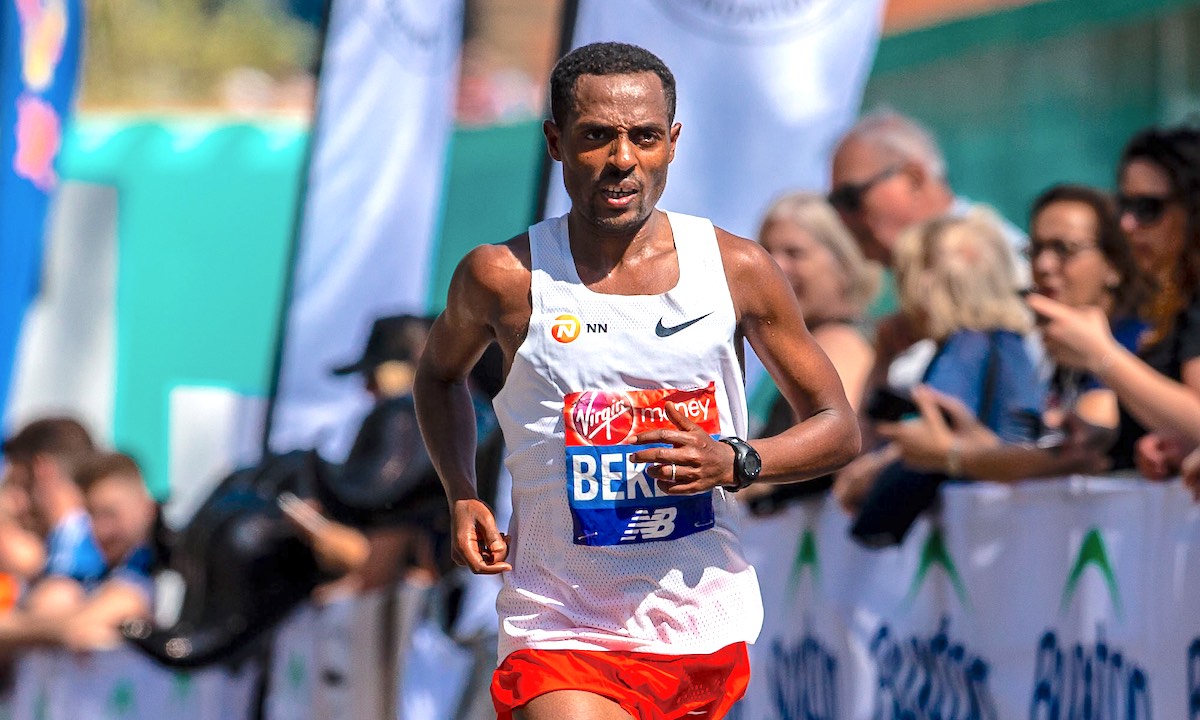 Ethiopia’s superstar Kenenisa Bekele and Kenya’s triple BMW BERLIN-MARATHON champion Gladys Cherono are very much in the focus at the 46th edition of the Germany’s biggest and best quality road running spectacle.

Next Sunday Kenenisa Bekele intends to bounce back once again at the BMW BERLIN-MARATHON, a race he won in thrilling fashion three years ago with a personal best of 2:03:03.

Gladys Cherono aims to win a fourth Berlin title which would make her the sole record winner of the event.

While fellow-Kenyan Vivian Cheruiyot had to cancel her start due to an Achilles tendon problem there are still five women on the start list with personal bests of sub 2:22. Four men feature personal records of sub 2:05, all of them from Ethiopia.

A number of athletes will attempt to achieve the Olympic qualifying times of 2:11:30 and 2:29:30 for men and women respectively on the fast Berlin course.

Bekele’s rivals for the win

After a series of disappointing results it remains to be seen in what sort of form Kenenisa Bekele is on Sunday. It is likely that his strongest rivals will be fellow-Ethiopians. Birhanu Legese took the title in Tokyo in March with 2:04:48. In 2018 he made a spectacular debut with 2:04:15 in Dubai where he was sixth.

Two more of the Berlin entries were in action in Dubai 2018 and ran their personal bests there: Leul Gebrselassie was the runner-up in 2:04:02 while Sisay Lemma clocked 2:04:08 in fifth position.

While Felix Kandie, who has a PB of 2:06:03, is the fastest Kenyan on the start list two fellow countrymen could be in for a surprise: Training partners Abel Kipchumba and Bethwel Yegon showed very good form in the build-up to their marathon debuts in Berlin.

After victories in 2015 and 2017 Gladys Cherono achieved her third triumph in the BMW BERLIN-MARATHON last year with a course record of 2:18:11. The Kenyan may well have to run another sub 2:20 to win title number four because there is a group of runners who have the potential to achieve such a time as well.

One Ethiopian on the start list who has already achieved a sub 2:20 time: Mare Dibaba, who won the world marathon title in 2015 and one year later took the bronze medal at the Rio Olympics, has a personal record of 2:19:52.

Another prominent Ethiopian athlete on the start list is Meseret Defar. She is the double Olympic 5,000 m champion (2004 und 2012). Meseret Defar has the potential to run much faster than her current PB of 2:23:33. There are plenty of fast Brits on the startline, some experienced over the marathon and others testing themselves over the distance for the first time.

Scott Overall (2:10:55), Jonny Mellor (2:12:57) and Tracy Barlow (2:30:42) bring excellent personal bests to Germany and it will be exciting to see how they fare this weekend in the European capital. Barlow was in excellent form at the Southern Road Relays this weekend just past, representing her club as a final warm up for the marathon.

Former national cross country champion Adam Hickey is an exciting debutant over 26.2 miles and the Southend AC brings a 64:41 half marathon PB to the table. Maybe the strength of the the XC star will show in the latter stages of the race. Jonathan Thewlis of Notts AC ran 2:23 in Berlin last year but will be looking to replicate the performance that saw him clock 2:17:58 for 25th at the London Marathon back in 2017.

Elsey Whyman-Davis is on the start-list and has been going from strength to strength after starting work with coach Helen Clitheroe, but the hardworking medic has informed Fast Running she will be targeting a different marathon later in the autumn.

We have since heard that Ryan is on the injury bench, so hopefully he’s back in action soon.

Talented Matt Clowes loves to race and we love to see him race well. After gutting out a 2:43 at London Marathon last year, you’d hope the 63:26 half marathoner has a better day at the office this year. On the 15th of September the Cardiff AC star ran 65:08 to win the Bristol Half so is clearly in fast shape.

Darren B. John and Steven Whatmore of Knowle and Porridge (we know it’s Dorridge but the autocorrect is very insistent) are both racing in Berlin this weekend after the traditional Kenilworth Half prep where John ran 82:06 and Whatmore 80:06.

The latter is looking to go quicker than his 2:53:17 from Manchester Marathon earlier this year and that half suggests he has the potential to PB.

parkrun regular John, who has already raced six times in September, wants to go quicker than 2:54:21 from Manchester in 2017 and, like Tracy Barlow, represented his club at the road relays last weekend.