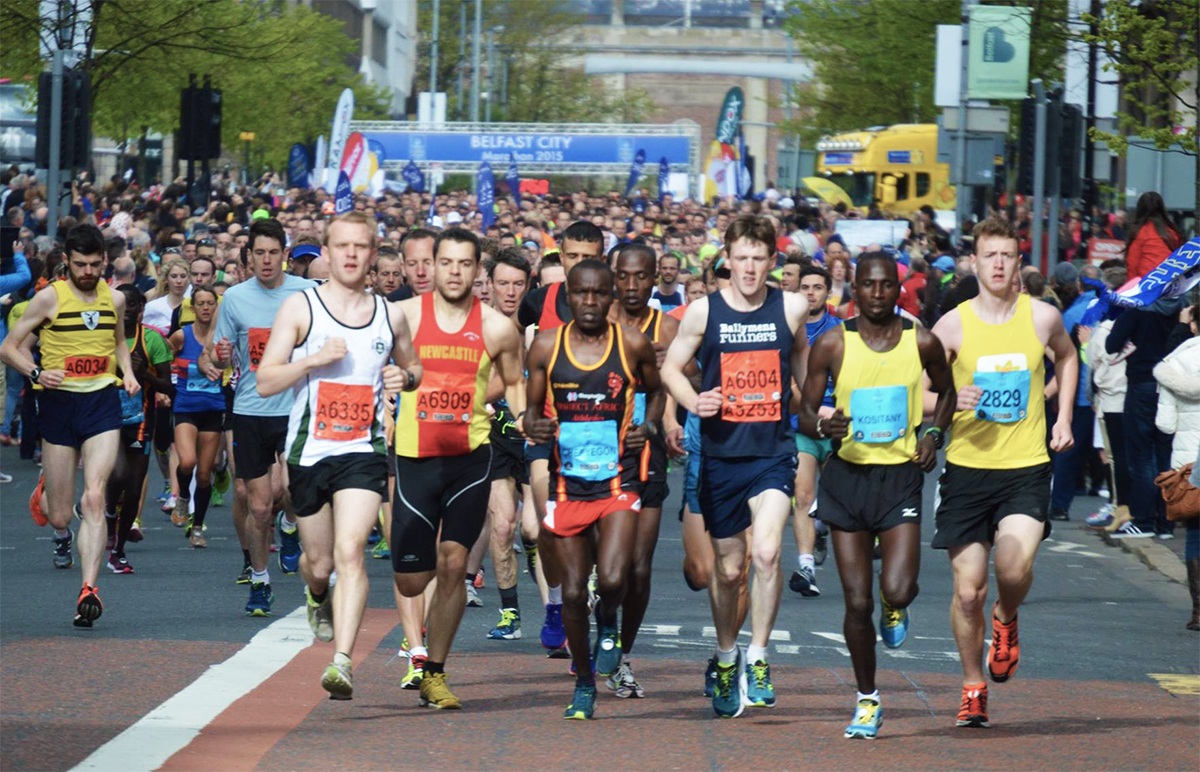 The proposed marathon changes receive the backing of the City Growth and Regeneration Committee.

A new Belfast City Marathon route, and move from the May Day Bank Holiday to a Sunday, received the support of the City Growth and Regeneration Committee at a meeting in Belfast on Wednesday, June 27.

For over 30 years the marathon has been held on the first Monday every May, however, organisers aim to move to the more common marathon race day from 2019. This year’s race, which could be the last on a Monday, was won by Eric Koech and Caroline Jepchirchir.

The Belfast City Marathon Management Team proposed two variations of a new route for 2019 with the Committee supporting choosing ‘proposal one’ of the route as well as the change to a Sunday.

The new proposed route will be flatter and faster and encompasses North, East, South and West of the City.

For city marathon’s worldwide Sunday is the traditional race day, and organisers, as well as Belfast’s local trade body, wanted the marathon moved for a number of reasons, including disruption to the Bank Holiday business trading, policing costs and the possibility of increasing marathon participation numbers.

Dublin Marathon had traditionally been held on the Irish Bank Holiday Monday in October, but in 2016 organisers moved it to a Sunday in an effort to attract more international runners. It was a huge success and numbers grew from 14,000 to 20,000.

Before the updates to Northern Ireland’s premier marathon become a reality the changes need to be ratified by a full Belfast City Council meeting that will be held on Monday, July 2.

“We are very excited about the proposed new route and move to a Sunday,” said Chairman of Belfast City Marathon Ltd, Mr David Seaton. “Thank you to the City Growth and Regeneration Committee and to those who have supported us throughout these changes.

If the final council approvals are received the first Belfast City Marathon on a Sunday, is due to take place on Sunday, May 5, 2019, with entries are set to launch in early Autumn.

Before then the city’s half marathon event takes place in September 2018 and entries are still open.