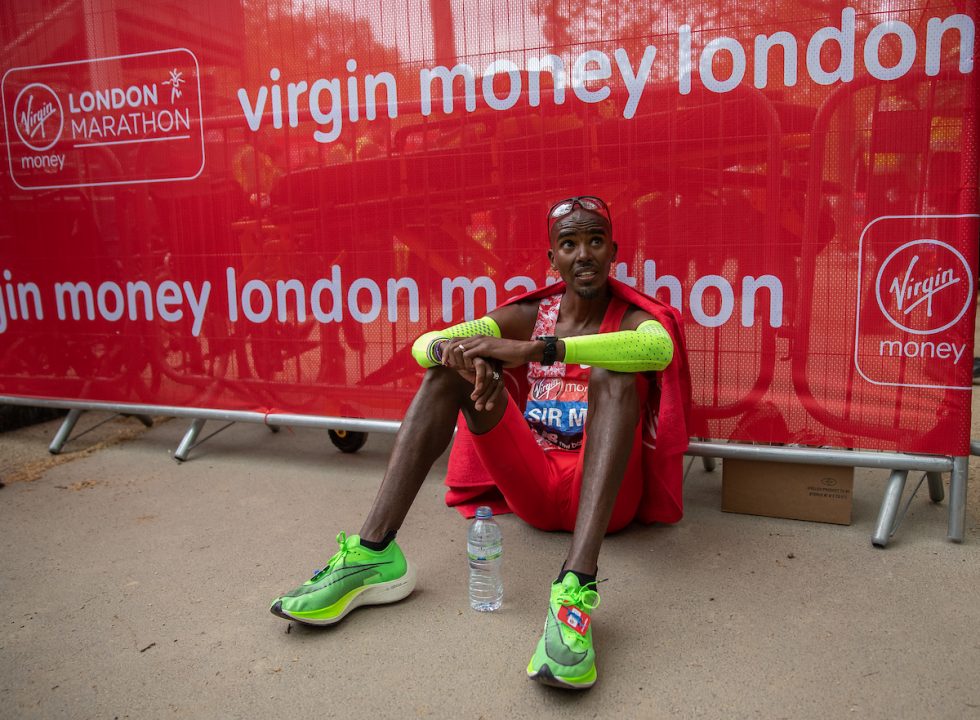 That occasion was a Sunday afternoon about five miles to the north, at the Alexander Stadium, and a farewell race over 3000m. It is fair to say those seven and a half laps, and the relatively tame field assembled, were designed for Mo to say goodbye to the British crowd with a win (which happened).

But, plot twist! It turns out it wasn’t a farewell; the four-time Olympic and six-time World Champion is returning to the track with eyes set on making his fourth Olympics.

Except, the setting for his return to Birmingham is a bit different.

Four years on from that sunny afternoon in Perry Barr, there has been a changing of the guard in the British endurance running scene, both male and female, and there is nothing tame about the field that will join Mo in toeing the line in a quest for Olympic selection.

Not only are there places in Tokyo up for grabs, the event also doubles up as the European 10,000m Cup, with some of Europe’s finest athletes taking to the track in Birmingham. It promises to be a fascinating evening of racing and to whet your appetite I take you on a tour of those competing, including some insights from those taking to the oval track for 25 laps.

Let’s start with a whistle stop run through of the evening and what is at stake. The races are two-fold, the European 10,000m Cup and the British Championships / Olympic Trials. There are individual and team medals up for grabs in the European Cup and, whilst there is plenty of interest in this, I have focused on the domestic competition to avoid presenting you with an essay of an article.

The first two Brits across the line, if they have the Olympic qualifier (31:25.00 for the women and 27:28.00 for the men), will automatically book their spot on the plane to Tokyo. There are also athletes with eyes on qualifying times for the Commonwealth Games.

Wavelight technology, alongside human pacemakers, will run just inside the Olympic qualifying standard in both races, with wavelights for set slower times also.

The ‘star’ names of the men’s A race need no introduction, but I will give them one anyways – Mo Farah, Marc Scott and Jake Smith. More on them to come. Alongside Mo, Marc and Jake, the European Cup squad includes Emile Cairess, Matt Leach and Kristian Jones. Mahamed Mahamed, Mohamud Aadan, Hugo Milner, Tom Anderson and James Hunt are also in the A race as domestic entrants.

If there is one British distance athlete who needs no introduction, it is Mo Farah. Since ‘retiring’ from the track in 2017, he has won three Great North Runs, two Big Halfs and the Chicago Marathon in a European Record, and bettered Steve Jones’ longstanding marathon British Record in London in 2018.

With the exception of a one-hour race in Brussels last year (where he set the World Record), it is almost four years since he raced on a track. Whilst age is just a number, it will be fascinating to see if the 38 year old can still conjure up the speed that brought him the British Record, two Olympic, three World and two European titles over 25 laps. The two have raced each other twice, last year’s Antrim Coast Half Marathon and over 3000m at the 2017 Anniversary Games, with Mo crossing the line ahead both times. However, as Marc told me, he feels he’s is in the shape of his life and will be looking to book his spot on the plane to Tokyo:

“My goal is to win the race, nothing else! I’m feeling really confident ahead of the race, I couldn’t have asked for a better build up. I have been in Park City, Utah for six weeks at altitude with Bowerman so it was great having us all go after the same goals together. We have six guys who have the 10k [Olympic} standard so we had a nice group to train with”.

Marc’s 27:10.41 in California in February, under the guidance of coach Jerry Schumacher, was the fastest by a British athlete since Mo ran 26:46.57 ten years ago, and the manner in which it was run – going through halfway in 13:44 – adds to its impressiveness. Naturally this was a confidence boost for the upcoming races: “The 27:10 did give me a huge boost considering it was a big negative split. It just shows there is more in the tank and that’s what will be needed on Saturday and in Tokyo!”

As Marc himself says, “I’m in a good place right now”, and it will be fascinating to see how his race unfolds. Whilst the event has been touted as a battle between Mo and Marc, I am intrigued to see what Jake Smith can and will do. The ‘marathon maverick’, as named by his coach James Thie, has been making headlines over the past twelve months with his performances.

There is a lot I could mention, but it would be remiss of me to not highlight his 60:31 at the World Athletics Half Marathon Championships in Poland last September alongside his unplanned, non-hydrated and all-round incredible marathon debut in Cheshire in April.

It is not everyday someone is due to pace to 25km, but decides to carry on and win the race, taking on no water or fuel. If that wasn’t impressive enough, it was only four days after setting a 1500m PB. Plus his time of 2:11.00 – 30 seconds inside the Olympic qualifying mark – adds an extra layer of marvel. If only the race wasn’t a few weeks after the marathon squad for Tokyo had been selected!

Anyways, back to the race ahead. As Jake told me:

“Saturday is the big one, I’m so excited and nervous for it and have been waiting for this day to come for months. I probably have said this before during other training blocks, but I haven’t trained this hard before a race and have been running great sessions. The goal is to run as quickly as possible and the aim will be to sit on those pacemakers trying to run close to the [Olympic qualifying] time”.

Has his coach, who raced Mo Farah seven times on the track, provided any advice ahead of the race? “James has been a brilliant coach during this training block and he has just told me to ‘think of it as a time trial. You run best when in control and having pacers plus lights there will help so much’”.

A bit of S.W.A.T. and Brooklyn Nine-Nine on Netflix alongside a nap will be the relaxation method of choice for the marathon maverick ahead of his biggest race of the year. Cairess is no stranger to a sprint finish Photo: JHMSport

The European Cup team is completed by Emile Cairess, Kristian Jones and Matt Leach. The Leeds City athlete Cairess will be making his European Cup debt having set a 28:14.30 PB over 25 laps in Newport in February and dipped under eight minutes for the first time over 3000m indoors. Kristian also set a PB (28:33.17) in that race in Newport, and has also run well over 5000m this year (13:49.33 in Cardiff and 13:53.25 at the Trafford BMC GP).

There are a number of other Brits taking to the A race outside of the European Cup team, including Mo Aadan, in his first race since his marathon debut in Kew Gardens in March, and Tom Anderson who last week gained his maiden British  vest at the European Team Championships. There are plenty of

Full start lists can be found at https://data.opentrack.run/en-gb/x/2021/GBR/not/event. The races will be streamed live on the British Athletics website, and I will be trackside bringing updates via twitter (@james_athletics).

A race to get excited about
Farah to take one last swing at 10,000m