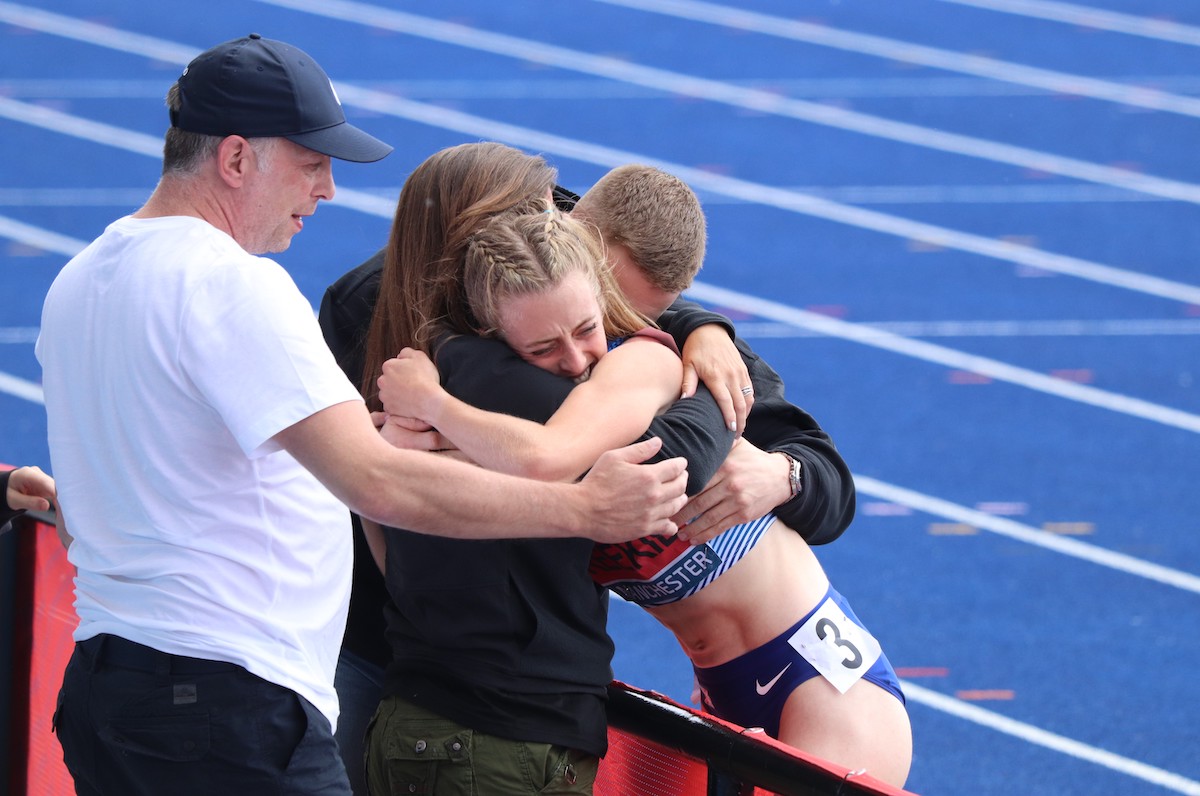 65 athletes have been nominated for selection to the British Olympic Association (BOA) to represent Team GB at the Tokyo Olympic Games next month.

200m world champion and world 100m silver medallist Dina Asher-Smith has been nominated for the women’s 100m, 200m and 4x100m relay as she goes for a tilt at a trio of medals in Tokyo.

In the 100m she is joined by Asha Philip and Daryll Neita, while she will line up in the 200m alongside Beth Dobbin who will be competing at her first Olympic Games. After producing one of the standout performances of the Müller British Athletics Championships last weekend, 19-year-old Keely Hodgkinson guaranteed her place on the team for Japan. After winning the European Indoor title back in March, this will be the British Athletics Futures Academy athlete’s first Games. Jemma Reekie also qualified for the event after finishing second at the Trials at the weekend.

Multiple global medallist Laura Muir joins the pair in the 800m and will also double-up over the 1500m.

One of the closest contests at the Trials in Manchester came in the men’s 800m, and the top three have all been selected to represent the country; Elliot Giles, Oliver Dustin and Daniel Rowden. After improving her nine-year-old British record at the weekend, Holly Bradshaw makes her third Olympic team in the pole vault. The Blackburn athlete cleared 4.90m at the British Championships at the weekend to seal the title and move up to ninth on the world all-time list.

Lawrence Okoye makes a successful return to Team GB having reached the men’s discus final at London 2012. The Croydon athlete is one of five throwers selected for the Games including Scott Lincoln in the men’s shot put, Taylor Campbell and Nick Miller  in the men’s hammer, and Sophie McKinna in the women’s shot put.

World champion Katarina Johnson-Thompson joins the team for her third Olympics and will compete in the heptathlon over the 4-5 August, subject to demonstrating fitness ahead of Tokyo. The Liverpool athlete scored a British record points tally of 6981 on her way to the world title in 2019.

The mixed 4x400m relay team will be made up of athletes selected from the women’s and men’s 4x400m relay squads.

A number of athletes have also been nominated for selection to the British Olympic Association subject to receiving a World Athletics ranking invitation. These invitations will be confirmed this week and the athletes announced in due course. Athletes who have been nominated for selection as part of this process have been contacted by their Lead performance contact to confirm this.

British Champs did not disappoint

“There were some stellar performances at the British Championships in Manchester this weekend which will have undoubtedly give fans a glimpse of what they can expect to see when these athletes step out onto the world stage in Tokyo. Athletics is always such a spectacle at any Olympic Games and we know that this year will be no different.

“The Games are within touching distance now and adding a further 65 athletes to Team GB is a significant milestone on this journey. We wish all those selected today the very best in their final preparations and look forward to welcoming them to Tokyo next month.”

Olympic Head Coach at UK Athletics, Christian Malcolm, said, “Every athlete and their support network should be incredibly proud of their achievement during a challenging last 18 months. As we saw from the high-quality British Athletics Championships and Trials at the weekend, a number of athletes stepped up and delivered exceptional performances to earn their nomination to Team GB.

“To represent your country at an Olympic Games is an incredibly rewarding achievement, whether you have competed at a Games previously or if this is your first call-up. My message to those athletes nominated is enjoy this moment and keep your focus in these last few weeks as we countdown to the Games.”

The final confirmation of the full Team GB athletics squad is subject to appeal.

The Athletics team nominated to Team GB for the 2020 Tokyo Olympic Games: