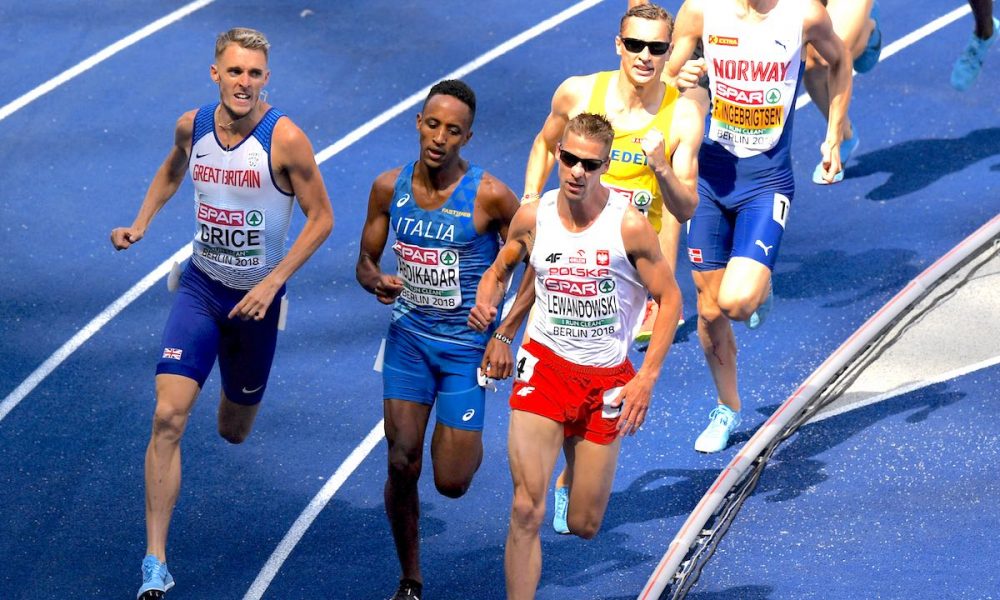 All three GB women qualify for the European Championships 800m final as the men’s 1500m trio also impress and advance.

GB’s 800m women were led by Tracey who went sub-two minutes for the first time in her career, clocking a personal best 1:59.86 to finish second in her heat.

“I think just being in the second heat had the advantage of seeing the first race,” said Tracey after breaking the two-minute barrier. “But in my head it didn’t change too much, I had to go and make it quick – it was a case of following the pace and leaving it on the track really.

“To break two minutes, well it’s massive…It’s such a relief, I’ve been doing some good sessions which is an indication that you can do it, but actually doing it is a massive thing in the 800m – that’s a bit of a barrier so it feels amazing. It feels awesome to come to a championship and perform at the best of my ability.”

Oskan-Clarke followed her home in fourth in a season’s best 2:00.39, qualifying as a fastest loser for the final, while Lynsey Sharp, in her heat, secured automatic qualification in second place, clocking 2:02.73.

In the men’s 1500m O’Hare made sure of qualification by kicking strongly in the final 200m and pulling away from the chasing pack to win in 3:49.06, with Da’Vall Grice following him into the final in the following heat, coming home second in 3:40.80.

Wightman’s 3:40.73 was the fastest time in qualification, holding off Norway’s Jakob Ingebrigtsen to secure victory and make it a clean sweep for the British trio.

“I knew that’s what it would come down to eventually [a fast finish] and I was making sure I had enough space to run and not get tripped up and spiked and what not,” said O’Hare. I am happy with that.”

Da’Vall Grice added: “It was a relief to make it through and get automatically qualified. I saw the first heat was really slow, so that was a good sign, but you never know how your heat is going to be taken out.

“It is so hot out there. I put myself in a good position, it was really smooth, and I felt back to my best.”

The finals take place later this week and on Thursday morning 800m athletes Elliot Giles, Guy Learmonth and Daniel Rowden will attempt to advance to the men’s semi-finals.

Alice Wright battled through a strong field to finish sixth in the final of the women’s 10,000m in 32:36.45. Wright put in a controlled 25 laps that saw her in touch with the leaders for long spells in the race and missed out on taking fifth position by just two seconds.

She said: “I wasn’t here for the experience, I really did want a medal but I knew it was going to be tough looking at the times going in. It’s gaining on those last two in the last lap. It wasn’t bad for my first senior vest, hopefully I can medal next time.

“I’ve had great consistency, we’ve been working on my strength and power really and those last couple of kilometres and few laps so hopefully I can be there next time. I’m greedy I want a medal. I’m not satisfied with sixth, it’s a good start.”

Elsewhere, Matthew Hudson-Smith, the fastest man in Europe this year, will be the only British 400m representative in the final later this week, while Eilidh Doyle continued her comeback from injury by qualifying for the final of the women’s 400m hurdles along with Meghan Beesley. In the sprints Nethaneel Mitchell-Blake and Adam Gemili advanced to the 200m final.