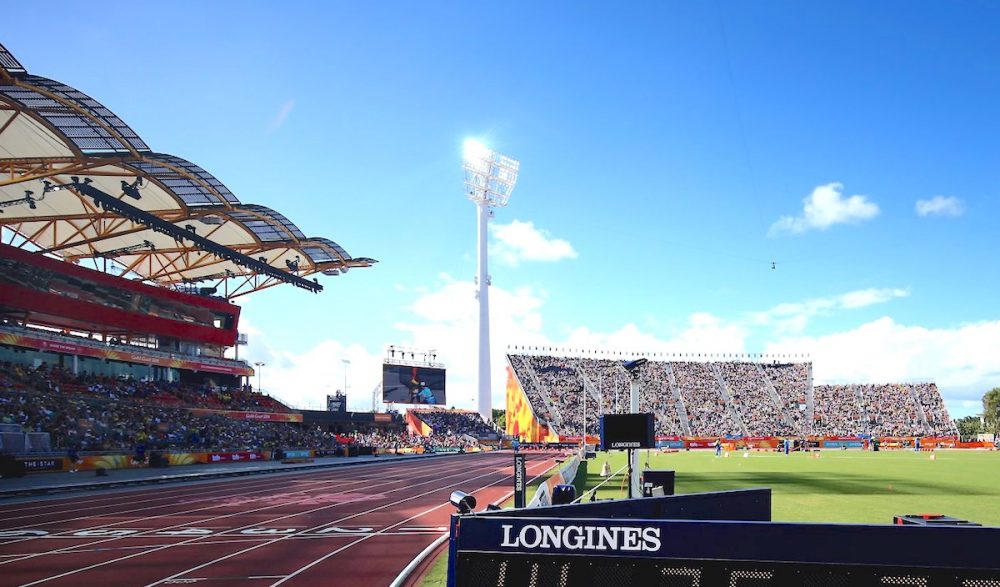 Although the only final of the day, the 5000m, was devoid of GB-eligible athletes, sprinters Asha Philip and Adam Gemili progressed impressively into their 100m finals, which take place on Monday,

Philip, who bids to improve on her fourth from Glasgow 2014, was the quickest of the three semi-final winners in the Carrara Stadium, clocking 11.21, after earlier in the day taking her heat too.

“I feel good to say they are my first 100m races of the season,” Philips commented afterwards. “I’m in the final and that’s what I wanted. I can go back and relax now knowing I’ve got the first part of the job done.”

“I’m tired now after two rounds in one day. But I’m so confident moving into the final so I’m excited to get back on the track.”

England team-mate Corinne Humphreys and Northern Ireland’s Amy Foster went out at the semi-final stage, with the Northern Irish sprinter now turning her attention to the 200m.

England’s Adam Gemili was safely through in second in 10.11 behind Jamaica’s former world champion Yohan Blake (10.06) – although his clutching his hip as he crossed the line was a cause for concern.

“I’ve made the final but I didn’t really run as well as I could have done,” he said. “I started well but in the transition phase, I left myself a lot of work to do. The top speed was ok so I’m happy to reach the final. It’s all about focusing on the recovery now to be at my best for it.”

However, Harry Aikines-Aryeetey was just fourth in his semi-final and his 10.26 was narrowly not enough to see two England vests in the final.

The England team suffered great disappointment in the 400m when former European silver medallist Matthew Hudson-Smith, who appeared to qualify with great ease from his heat with a winning 45.57, was disqualified for a lane infringement.

Guernsey’s Cameron Chalmers had a nervy wait before qualifying as a fastest loser with 46.16. Grenada’s Bralon Taplin was the fastest overall from the heats with 45.11.