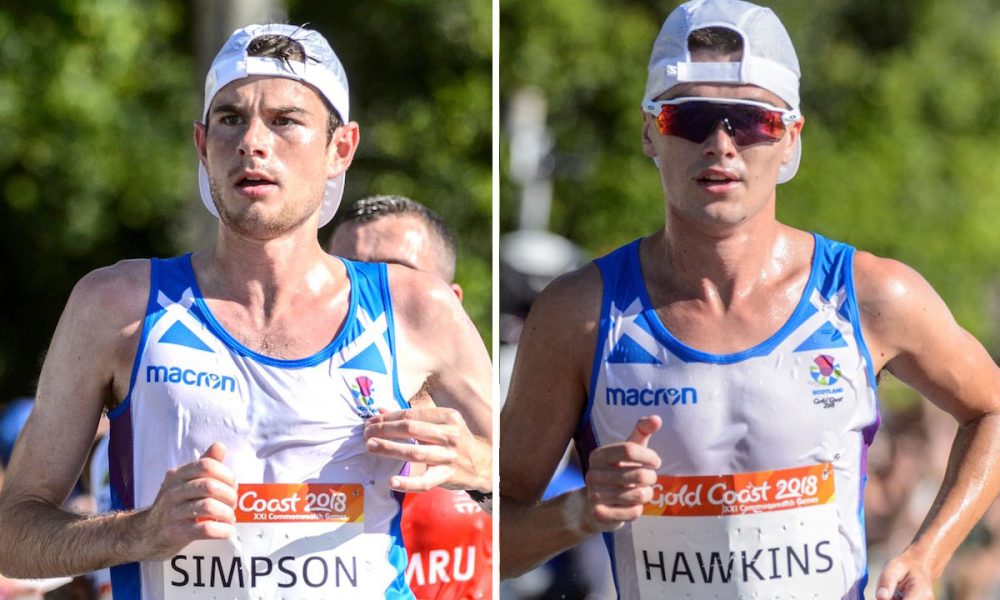 As the brutal conditions took their toll on all the runners, positions changed radically over the closing stages and Scotland gained a Commonwealth marathon medal from an unexpected source with Robbie Simpson clinching bronze.

Scottish favourite for gold, Hawkins seemed easy and in control for much of the race despite the temperatures of up to 27C. He dropped three close pursuers in the 28th kilometre and by 35km had built up a lead of well over two minutes over Shelley. However, in the 40th kilometre, the Scot distressingly started weaving over the road and eventually collapsed into the curb. He resumed running again but a second fall left him unable to get back on to his feet.

He was lying in the road amid a long wait for medical attention as Shelley passed him. Hawkins, who was fourth at the World Championships last year, was reported one hour after the race to be conscious.

Team Scotland released a statement saying: “Callum has been taken to hospital for medical review following his collapse in the Marathon as is standard procedure.

“He is being supported by Team Scotland medical staff & there are no major concerns at this stage. More information to be issued in due course.”

Eventual winner Shelley had slowed to 5:48 miling over the final 2km as he clocked 2:16:46 – the second slowest time for victory since 1966.

Behind Uganda’s Munyo Mutai (2:19:02), Simpson, who is much of mountain runner as a marathoner, moved up from 12th at 30km passing his rivals one by one and crossed the line in 2:19:36 to take a superb bronze. Northern Ireland’s Kevin Seaward was another to finish higher than expected in a fine fourth (2:19:54).

Seven of the 24 starters failed to finish and Northern Ireland’s Paul Pollock was a late withdrawal due to a tarsal stress fracture he sustained last weekend.