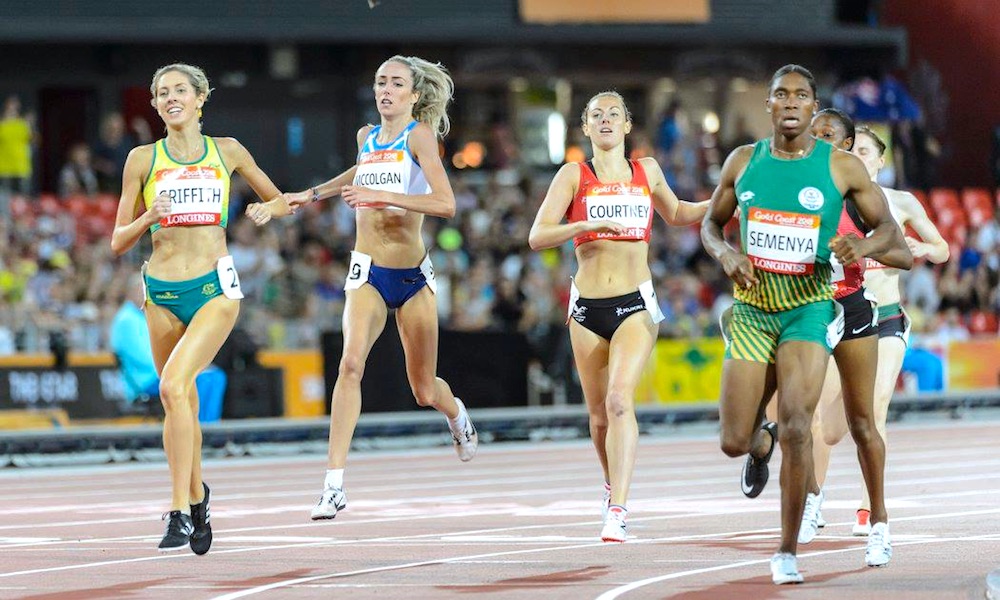 On day two of athletics at the Commonwealth Games, all six home nations athletes advanced to the women’s 1500m final, and Emma Mitchell sets a Northern Irish record in the 10,000m final.

Elsewhere, Stella Chesang made it two for two for Uganda in the long-distance races and England’s Asha Philip placed fourth in the 100m final in the Carrara Stadium.

“I felt good,” England’s Snowden said afterwards. “It got to about 600m to go and a few athletes came past me and I should have really have tried to hold them off because then it was then hard to get back around them when they broke. But I felt like I did the best that I could.”

“What a great feeling it is to take an automatic place and go through,” said Twell. “So many times at championships and events I have been looking up and waiting and hoping on times from other people for me to go through.

“Now I am in a 1500m final again and that takes me all the way back to Delhi where I took the bronze.” 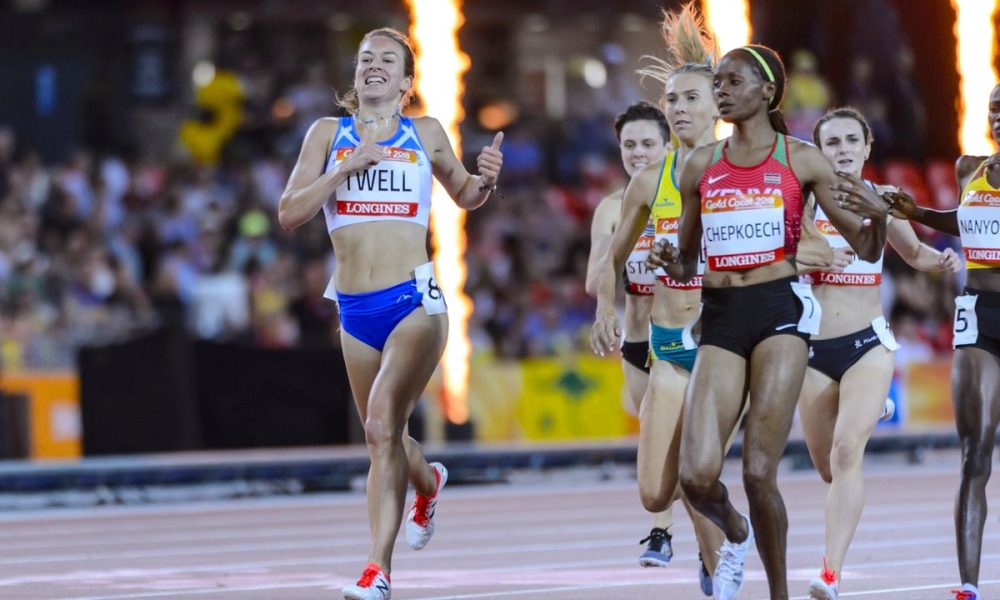 England’s Sarah McDonald was next across the line in 4:09.54 for fifth, however, an appeal was lodged concerning Kenya’s Winny Chebet falling into her path earlier in the race, which was successful, and as a result, the 24-year-old gets a place in the final.

Northern Ireland’s Emma Mitchell was the best of the home athletes in the 10,000m final, with Stella Chesang making it two golds for Uganda in the long-distance races so far at these Commonwealth Games.

Chesang pulled away in the closing stages on the Gold Coast track to clock 31:45.30 as Uganda continued to have the upper hand over their usually dominant arch-rivals Kenya. Yesterday her team-mate Joshua Cheptegei had won the 5000m. Kenya’s Stacy Ndwiwa took silver in 31:46.36 and Uganda’s Mercyline Chelangat won bronze in 31:48.41.

Mitchell placed 15th in a personal best 32:49.91 which also improves her own national record. “I’m very happy,” she afterwards. “It’s the fastest I’ve ever ran. When these girls put their foot down and began to pull away, it was hard to go with that.

“I had to keep mentally strong. I had to put in work to catch people and maintain my form from training and keep that belief. But I’m happy to get that Northern Irish record.”

Wales’ Jenny Nesbitt also set a best, running 32:58.14 for 17th. Beth Potter, who four days earlier finished 12th in the triathlon, was 18th in 33:26.78 as she became the first Scot to compete in two different sports in the same Games.

At the other end of the distance spectrum, England’s hopes in the 100m lay with Philip. However, she was devastated to lose out on a medal as her 11.28 left her in the same position as four years ago.

“I know I am so much better than that,” Philip reflected afterwards. “It was a medal up for grabs and I’ve missed it. I’ve got so much in me, so I’m disappointed to come fourth again. I was so confident after the semis and then that happens. I’m really frustrated with myself.”

“I’m not terrified of the situation, I went in full of confidence so I can’t put it down to that. I know I’m capable of more than that.”

“I am looking forward to the relay now. We have a really good group and we know we can perform well. It will be great to run for England again.”

England’s Adam Gemili had been due to line up in the men’s 100m final but withdrew beforehand with an adductor injury he sustained in the semi-final. He has also been ruled out of the relay later in the week.

Behind Australian winner Evan O’Hanlon (11.09), Wales’ Rhys Jones was seventh in the T38 100m for athletes with cerebral palsy. He clocked 11.87 as he was one place ahead of England’s Amar-Mazigh Aichoun, who clocked 12.14.

England’s Andrew Pozzi was the fastest to progress to the final of the men’s 110m hurdles. The new world indoor 60m hurdles champion clocked 13.29.

The home nations had different fortunes in the second heat, won by Jamaica’s Hansle Parchment in 13.30.

Northern Ireland’s Ben Reynolds was fourth in 13.70, one place ahead of England’s David King (13.74) as Wales’ David Omoregie was just seventh in 14.20 – all three going no further.

In the women’s 400m, England’s Emily Diamond went through in third in her heat with 52.26 and Scotland’s Zoey Clark did likewise with second and 52.07.

However, England’s Anyika Onuora was in the trickiest heat and her 53.15 was below-par and good enough for only fifth and an early exit.

Jamaica’s Stephenie-Ann McPherson was quickest of the qualifiers with 50.80.

Three home nations athletes failed to qualify for the men’s one-lap final. English athletes Rabah Yousif (46.05) and Dwayne Cowan (46.06) were fourth in their respective heats and Guernsey’s Cameron Chalmers was fifth in his with 46.35.