Why is Parliament Hill the ‘iconic home’ of English cross country? 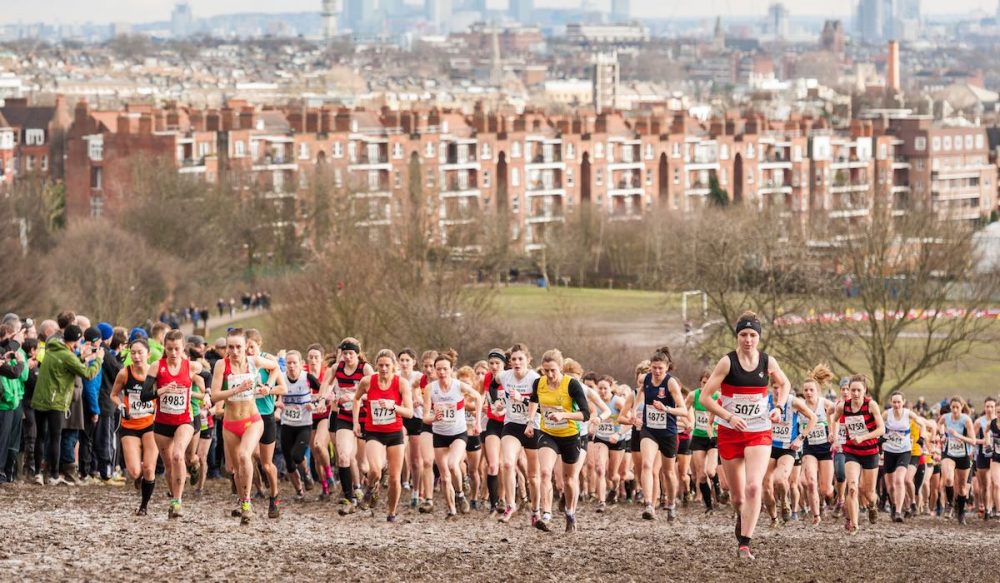 Define iconic, and every sport will give you a different answer. Cricket has The Ashes. Golf has its majors. English football has Wembley. Horse racing has Cheltenham.

Running has plenty of its own, but for English cross country, nothing quite matches the magnitude of the National.

Many towns and cities have staged it over the years, but when at Parliament Hill, the race is different. A national championship on another level.

For many, it is the true home of English cross country, and once witnessed, the image of a never-ending sea of runners charging up the iconic uphill start lives on forever.

It was first hosted at Parliament Hill in 1950 and now in 2018, England’s pinnacle cross country competition returns ‘home’ for a record 16th time.

Whether vying for an individual or team medal, using it as valuable training for other events, or simply taking part, Parliament Hill provokes more emotion and memory any other course. You love and hate it in equal measure.

Young or old the views are the same

Viewing the course from multiple perspectives gives an insight into the emotion this course evokes in people. As bronze medallist in 1992 and coach to two recent winners, Paul Roden has particularly fond memories of the Hampstead Heath course.

“My first memory of Parliament Hill is watching the senior men’s race and seeing the massive field, this width of athletes charging up the hill at the start,” recalls Roden. “It really is the iconic cross country race.

“It’s got everything: the climbs, the descents, some good running and of course the mud. One year conditions may be okay, the next it could be a complete mud bath. Either way, you know at the end you’ve had a tough race.”

The psychological battle is a dark place. Everyone is in a battle of their own: for some it’s staying switched on to claim as many positions as possible, for others, it’s purely about staying in the race, survival.

But it’s a mental war too. Tactical jousts dominate every straight and every tree-wrapped corner. Elbows flail as runners jostle for position in the swarming mass.

“My first national was at Parliament Hill as a bottom age under-17,” continues Roden. “I was thrilled to finish in the top 50 and what I remember that day is each of the winners won by big margins. For example, Julian Goater won the senior men’s by two minutes.”

As a senior, Roden went on to claim bronze in a thrilling contest in 1992. He then coached two athletes to gold in 2015, with Charlie Hulson and Harriet Knowles-Jones scooping the senior men’s and junior women’s titles respectively. Eldest son Jaimie is one of many other athletes Roden will watch in the capital this year.

“Obviously coaching one winner at the nationals is good, so having two that year was a great memory,” he says. “Jaimie’s been running really well and after finishing fourth at the Northerns, he’s in a good place to finish high up.

“Then there’s a lot of other athletes in my group who are in good shape and should do well.”

Knowles-Jones, who goes into this Saturday aiming to retain her title on her final appearance as a junior, echoes the significance of the London venue. 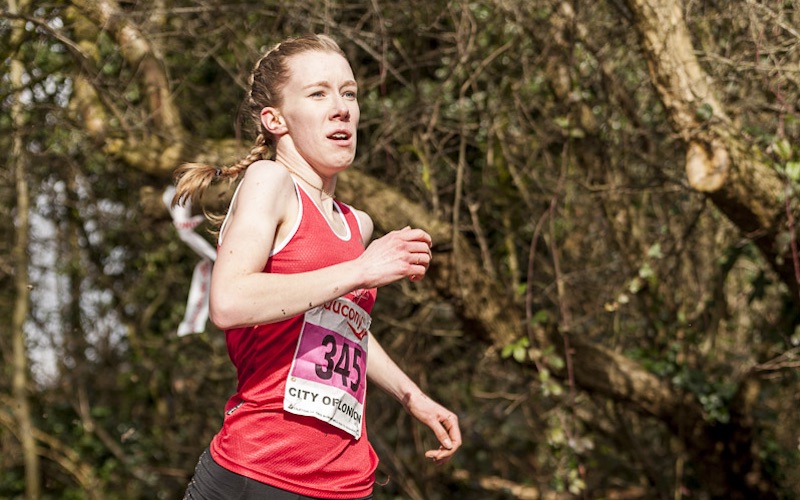 “It’s as tough as cross country gets,” says the 2015 junior champion – which was the last time Parliment Hill hosted the National. “It’s the first course I won nationals on and my first race with Paul coaching me. So it’s a special course for me and I’m very excited to get back.”

Whether an athlete, coach, proud parent or impromptu spectator, the grandeur of this course is what appeals to everyone.

It’s not just the brutality and technicality that makes it symbolic. It’s visually stunning too. For runners and spectators alike, the landscape back into the sprawling London metropolis is nothing short of breathtaking, as skyscrapers and jet streams meet the vast expanse of grass and trees. Blue sky or suburban grey, it’s mesmeric.

If you’re running, though, you have to earn the view. Arguably the most spine-chilling sight of the day is on the start line.

Crammed into the starting pens, the viscous brown ascent that opens the race offers an inspiring and terrifying sight that beautifully links the challenge with the reward.

Anyone who’s raced there has a story. I made my debut in 2015 and the memory of losing a shoe in the mud after 4k and completing the race half-barefoot still lives on. But I return again this year undeterred by that past experience.

This Saturday will be Altrincham AC’s Dave Norman’s 21st National and his fifth at Parliament Hill. With three top 20 finishes to his name, this race is the first addition to his calendar every year and he’s not the only one.

“The National for me is the most important event on the running calendar,” says Norman. “It brings together the middle distance track runners, the best of the road specialists, the cross country hard men and the marathon runners.”

“The stampede at the start is a sight to behold. It really is an incredible event and the only must do race on my annual racing calendar.”

There’s no course quite like Parliament Hill. Gruelling, beautiful and symbolic, it truly is the pinnacle of cross country running.

Excited for this weekend’s racing? A preview of the magnificent cross country set to unfold can be found here.