The hidden cross country stories of the chasing pack 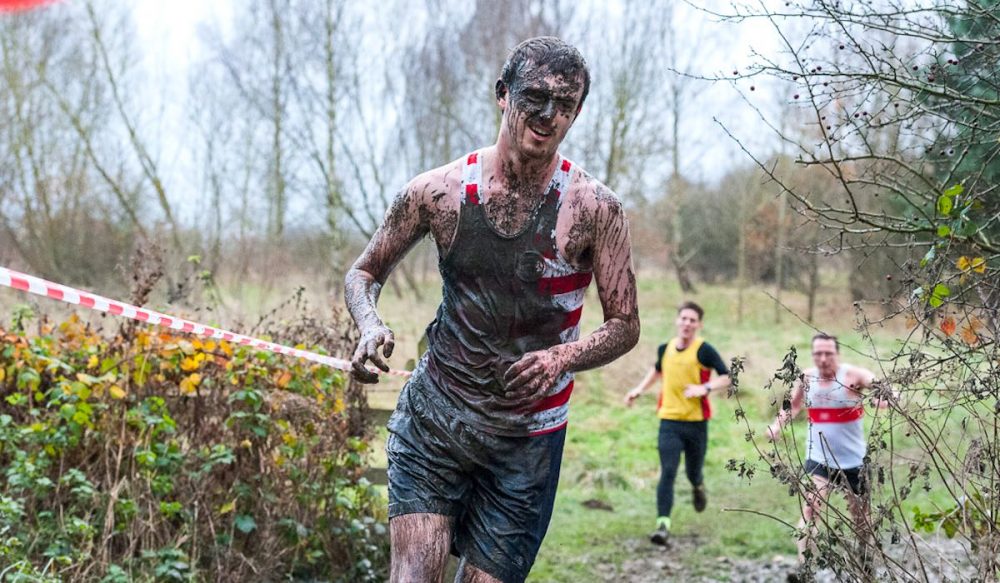 When the starter gun fires in any cross country race, understandably it’s the sharp end that attracts the attention, but what motivates the chasing pack who don’t benefit from the fawning glare of the running spotlight?

As most avid running fans of the domestic cross country racing scene will know, this year’s edition of the UK’s most competitive annual championships – the Inter-Counties – at Loughborough’s Prestwold Hall, was one of the toughest yet.

Club runners of a variety of speeds and ages could be seen donning county vests with pride despite many struggling through thick, energy-sapping mud.

While Surrey’s Phoebe Law collapsed across the line to take the senior women’s crown before Mahamed Mahamed completed the same feat for Hampshire in the men’s race, what attention is given to those runners battling it out further down the field.

Every single one of the 270 competitors in the women’s race had earned the right to compete in the most prestigious championships on the British cross country calendar, as had the 284 club runners in the men’s race, but the Inter-Counties is an unforgiving race to those at the back of the pack.

This begs the question – what motivates these undoubtedly talented runners to compete in races where they have no chance of making the podium, or even score for their team?

Looking at the results of the men’s competition, clearly the conditions affected even the seasoned internationals fighting it out for the top honours, with Mahamed taking nearly five minutes longer to cover the same 12km distance (42:23) as last year’s winner Andy Vernon completed it in (37:50).

How do those gritting it out at the back of the field keep themselves going, when some of these runners are crossing the line as much as 15-30 minutes later, exhausted and saturated in mud and sweat?

When the victorious individuals and teams are preparing to collect their glittering medals and trophies after enjoying the adulation of the nation’s press and photographers in recognition of their winning achievements, who is watching those runners still trudging through the bogs of the most challenging of cross country courses?

What motivates those further down the field?

We asked some of these gutsy club runners what motivates them to turn out for their county – if that wasn’t motivation enough – and compete at the Inter-Counties knowing they won’t feature at the front of the race.

Proving just how brutally competitive the Inter-Counties are, the Bedfordshire university student is a 17:35 5km runner, and regularly finishes in the top three of his local parkrun. 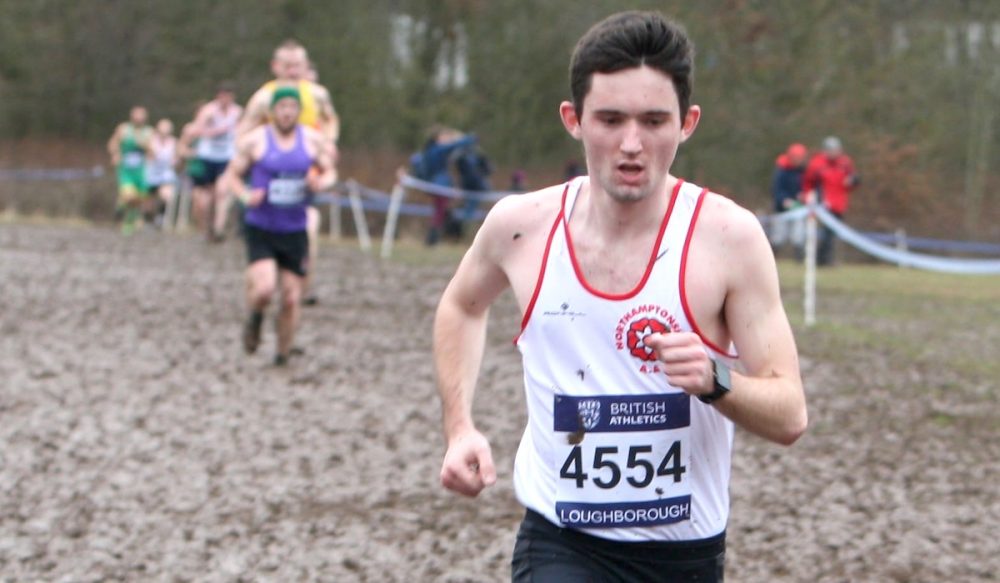 He emphasised the pride of earning a county vest: “It’s such a great experience, and an honour to represent my county. It show’s me how much work I need to do to just get into these races. I enjoy the hard work and seeing the progress I’ve made, and, in turn, seeing how much more work is ahead of me to achieve more.”

Mansfield’s Jordan Boam agrees. The fellow U23 runner represented Nottinghamshire, crossing the line four places ahead of Dallamore, yet is a staunch supporter of his club, turning out regular strong performances for Mansfield in road relays as well as the National and regional cross country championships most years.

He said: “It’s all about improving my own performances and enjoying it in the process. I have been running in cross country events since the age of seven, and have been working my way up ever since. 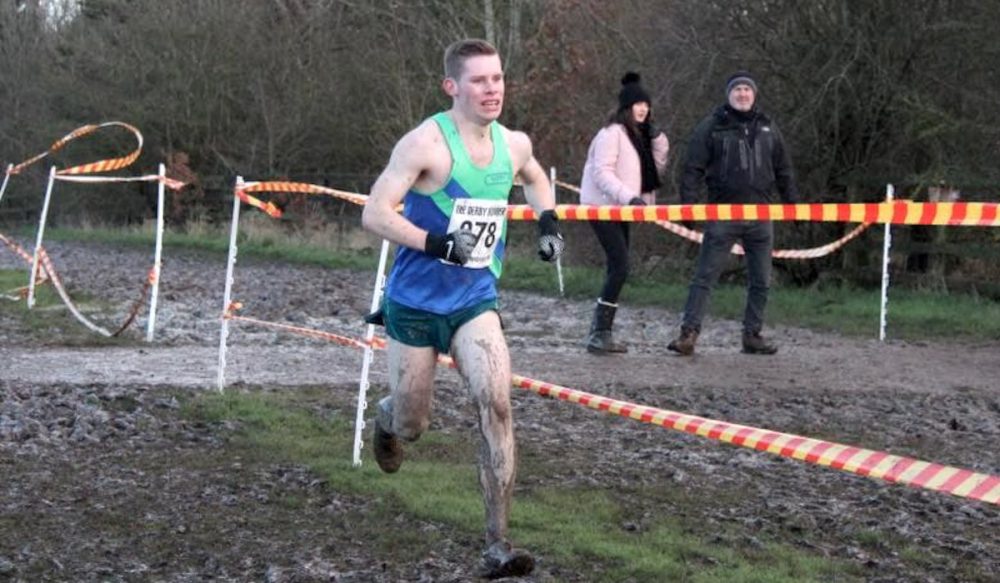 “While I’m unable to feature at the front of the race, I still have the ambition to perform at the best level I can and hope to work my way up over the years. It is an honour to represent my club and county and I wish to keep doing so for many years to come.”

Heanor and Derbyshire’s Kelsey Moloney emphasises the importance of club support for those fighting it out for personal pride at major races.

Finishing 263rd at Loughborough, she’s made a point of returning that support by helping the club put out complete teams at league competitions as well as national events. 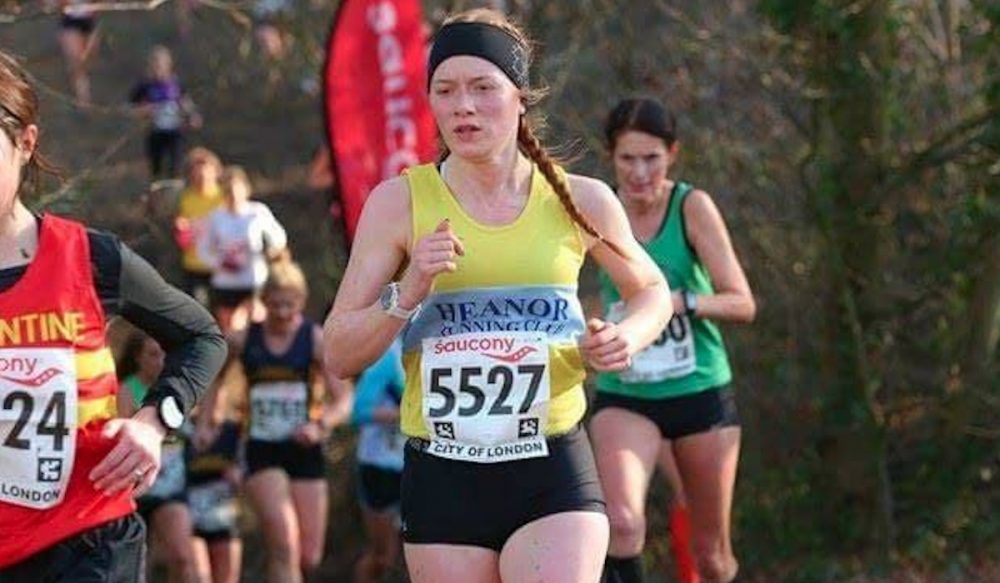 “The support I get from Heanor is fantastic, they keep me going all the way around the course even in the worst conditions,” she explains. “If it wasn’t for them I wouldn’t have been racing in the Inter-Counties. Although I finished nowhere near the top, it was a very proud moment to be running in the Derbyshire vest.”

Notts AC and Nottinghamshire’s Becca Peach adds further detail to Moloney’s point about club support being integral to runners of all standards, highlighting how essential coaches and fellow runners are in keeping her motivated.

“My fantastic coach Trevor Muxlow supports me and many others at Notts AC, along with the ladies’ team manager, Steve Leek,” she says.

“Between them, they helped me qualify for the Inter-Counties in my first year of racing for the club. That supportive atmosphere at the club helps us to achieve our goals, keeping us going through the difficult times. 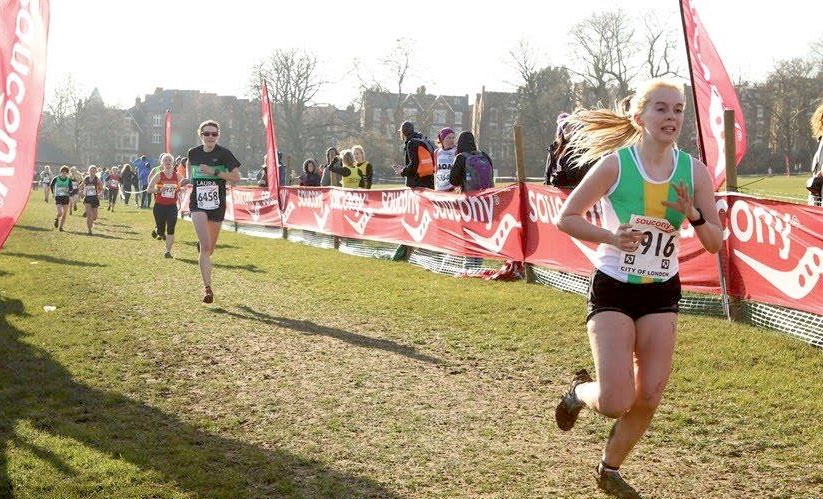 “It would be great to see more runners in my U23 age category taking up cross country running too – if I can manage to get to a level where I can represent my county then anybody can. Go and get your spikes on and try out cross country – you will never look back!”

Approaching the debate from another viewpoint – and from a different age category – is Kettering’s V40 Elaine Fairbrother, who represented Northamptonshire for the second time earlier this month, albeit several decades after her first outing in the white and red of her county colours. 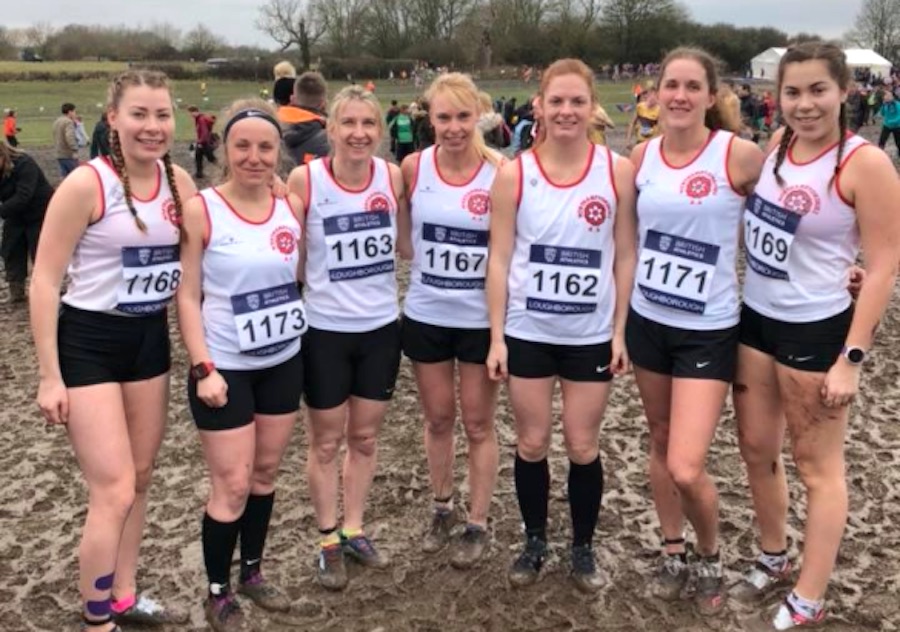 She explains what it meant to her to pull that vest on once again, and how the passion pushes her on: “This time around at the Inter-Counties my pace was far slower, my positioning much further back, but my pride was so much more obvious.

“There are not many runners that could say they were lucky enough to participate for their county, especially as a veteran runner.

“I only started running again two years ago when my daughter Ella joined Kettering – I couldn’t wait for that day! I didn’t intend to train, never mind compete again, but my passion for running got the better of me.”

The U23 runner has represented his county in every Inter-Counties bar one over the last six years. He says it is life’s apparent adversities that make him more determined than ever to compete against the odds at major events.

“Most of my life I’ve been told I can’t do a lot of things because I have dyspraxia, which impacts my confidence, and my brain struggles to receive all the information it needs,” he explains. “But a positive side is that people with dyspraxia are unable to give up.

“I always find a way to keep going, so since I found out I was good at running I’ve loved competing in these big events – it’s my way of proving that anybody with little problems and difficulties can achieve anything they want to and all the people that ever told me I can’t have been proven wrong.

“I won the U20 Northampton cross country title last year, which was a massive confidence boost and made me realise I could be an inspiration to others, motivating me to keep going. I feel a massive pride and a huge sense of accomplishment knowing I can complete iconic courses.

“Running is the best thing that’s ever happened to me. The passion and love I have for the sport, and having the opportunity to compete in big races, has no bounds.”

It’s impossible to not be inspired by these runners, all of whom would be considered by many as some of their area’s most talented away from the Inter-Counties.

The top runners may continue to receive the media attention and praise at these most competitive of cross country championships, but remember – there are nearly 300 runners behind those aiming for podium glory who all have their own individual reasons to feel pride in their performances, no matter where they finish.