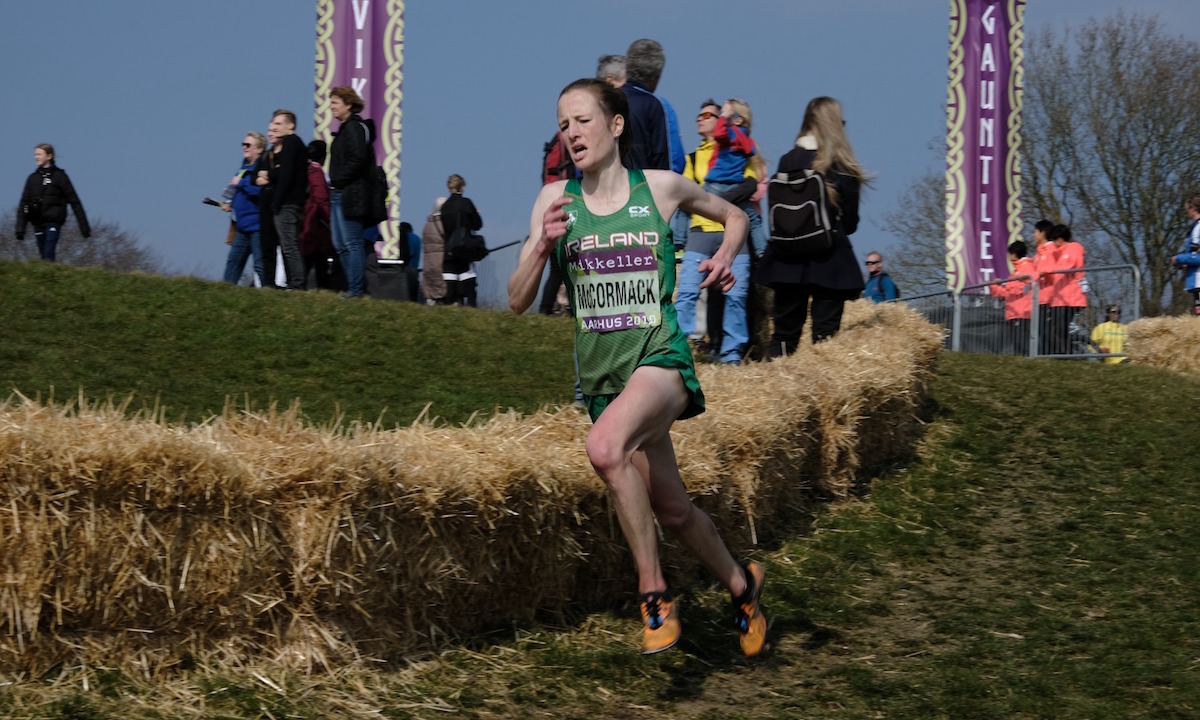 Just six months after giving birth, McCormack was back on the world stage and as good as ever in a loaded field where Helen Obiri (Kenya) completed the grand slam of world titles, indoors, outdoors and now on the country. Sara Treacy (Dunboyne) battled to a 73rd place finish.

Cross country is Fionnuala McCormack’s favourite discipline and it showed coming in second European, home favourite Anna Moller was 15th, with an exceptional display of gritty running. Seeing was believing on the 2km loop in Aarhus with athletes always either going uphill or downhill and having to traverse a mudpit, sandpit and water pit.

“Everyone knows I love cross country,” said McCormack afterwards who had huge praise for the organisers. “They built it up to be something brilliant and I think they pulled it off. The crowds out there were brilliant and the course was good. It felt longer than 10k but it was a good test.”

Darragh McElhinney (Bantry) and Jamie Battle (Mullingar Harriers) were the first Irish competitors on the day in the U20 men’s 8,000m and they finished 53rd and 68th respectively. They got some valuable experience on the unforgiving course with the European Cross Country Championships in Dublin in 2020 in mind.

Finally it was the turn of Sean Tobin (Clonmel) and Kevin Dooney (Raheny Shamrock) and they had to battle hard in the men’s 10km race which had huge depth throughout. Tobin finished 62nd with Dooney 105th. Uganda’s Joshua Cheptegei won the men’s race.

It was a pulsating day of racing with a carnival atmosphere in Aarhus and the Danes proved to be wonderful hosts.