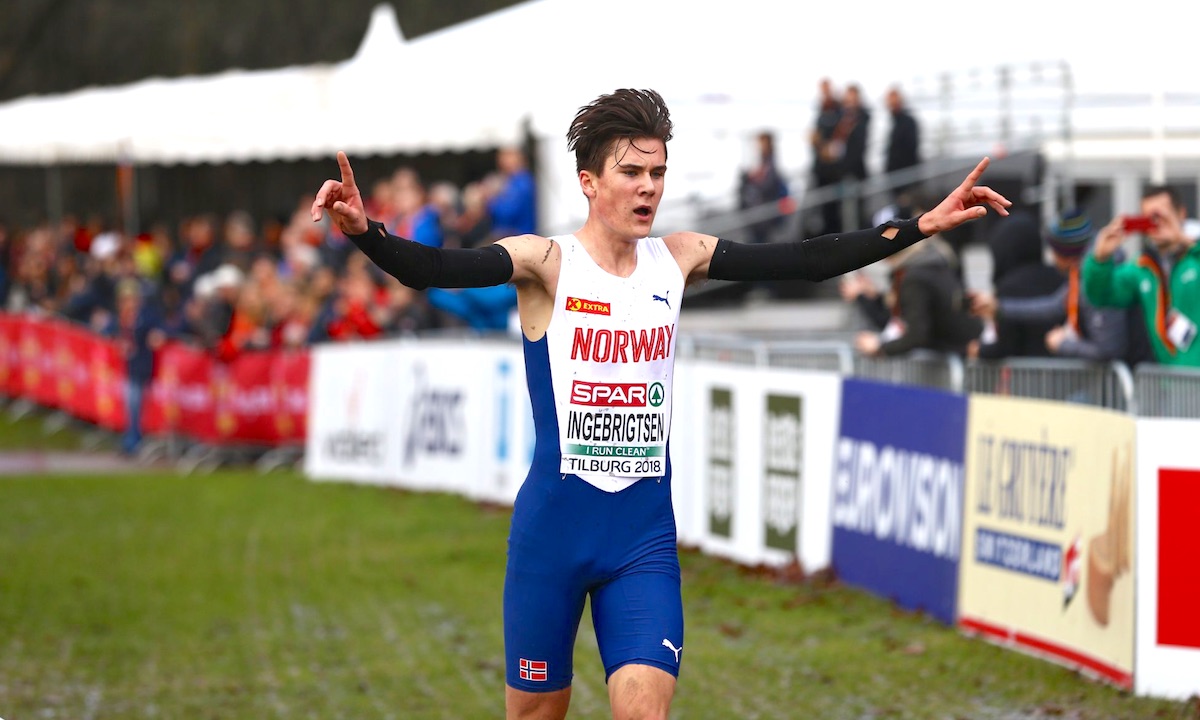 It’s the eve of the last December’s European cross country championships in Dublin. Gjert Ingebrigtsen sat down with sports commentator Jann Post for a podcast entitled  ‘I det lange løp’ (‘In the long run’). What he had to say has important implications for our understanding of interval training.

The coach of the terrific trio of Henrik, Filip and Jakob went on record as saying that, “I’m not that concerned if the intensity is too low, that’s more a discussion about speed, but you should definitely not have too high intensity in training because it affects the road forward and we have to make adjustments depending on recovery”.

The above approach intuitively borrows from that of the great Hungarian Mihaly Igloi, who famously guided the American Bob Schul to the 5000m gold medal at the 1964 Tokyo Olympics.

Igloi’s philosophy can be reconciled with that of another great coach. Arthur Lydiard, who espoused the dangers of over working the lactate energy system at inappropriate points of the periodisation cycle thus risking staleness, loss of form and ultimately injury.

The approach of Igloi was to group a relatively high volume of efforts into sets and to effect active modes of recovery during the recovery intervals.

In the mid 1980s the physiologist G.A Brooks coined the term ‘lactate shuttle’.

This notion was used by Oregon based Peter Thompson to espouse the benefits of what he termed ‘lactate dynamics training’, for the mobilisation and clearance of lactate so that it could be utilised around the body as a productive energy source.

The above is inherent in the approach taken by Ingebrigtsen senior. The Norwegian coach recently explained that, “In the area we manoeuvre there’s always injury risk. We are willing to take risk, lots of risk, but we need to ensure that our training, in total, is sustainable so that the boys are able to have a livelihood from running over time. Some athletes can run insanely fast with low lactate, but that isn’t always purposeful because you can’t directly translate that into winning races. Then it’s about finding the ‘good enough’-limit”.

The above doesn’t of course mean that the Ingebrigtsens don’t do some seriously hard speed endurance work in the Specific Preparation and Pre-competition phases of the training macrocycle especially.

It does however mean that when they are focused primarily on aerobic base building and strength endurance during the winter months they are likely to back off this type of work significantly.

The sentiments expressed above by Ingebrigtsen have a far more modern application than the coaching practice of the aforementioned Igloi.

Himself indebted to the likes of Hermen Verheul and Woldemar Gerschler, Lok has argued that too much steady state aerobic running lacks the preservation of ‘reactivity’. Runners are effectively operating too slowly in bio-mechanical terms and they tend to be reinforcing incorrect motor patterns.

As well as warning of the dangers of too much one paced aerobic running on the one hand, Lok advocates the need to avoid too many intense interval sessions at or around V02 max, on the other. The Dutchman maintains that the Easy Interval Method allows the athlete to run at a range of aerobically dominant speeds by varying the tempo and adopting a multi-paced ethos, without the acidification of the muscles occurring. Jakob Ingebrigtsen after winning a third consecutive under-20 men’s gold.

Are you going too fast?

The above is something which sits well with the philosophy of Gjert Ingebrigtsen, who has observed that, “I see people running overspeed in training, and I ask ‘Why are you doing this?’ and I get different answers.

The above leaves us with some questions for self-reflection: