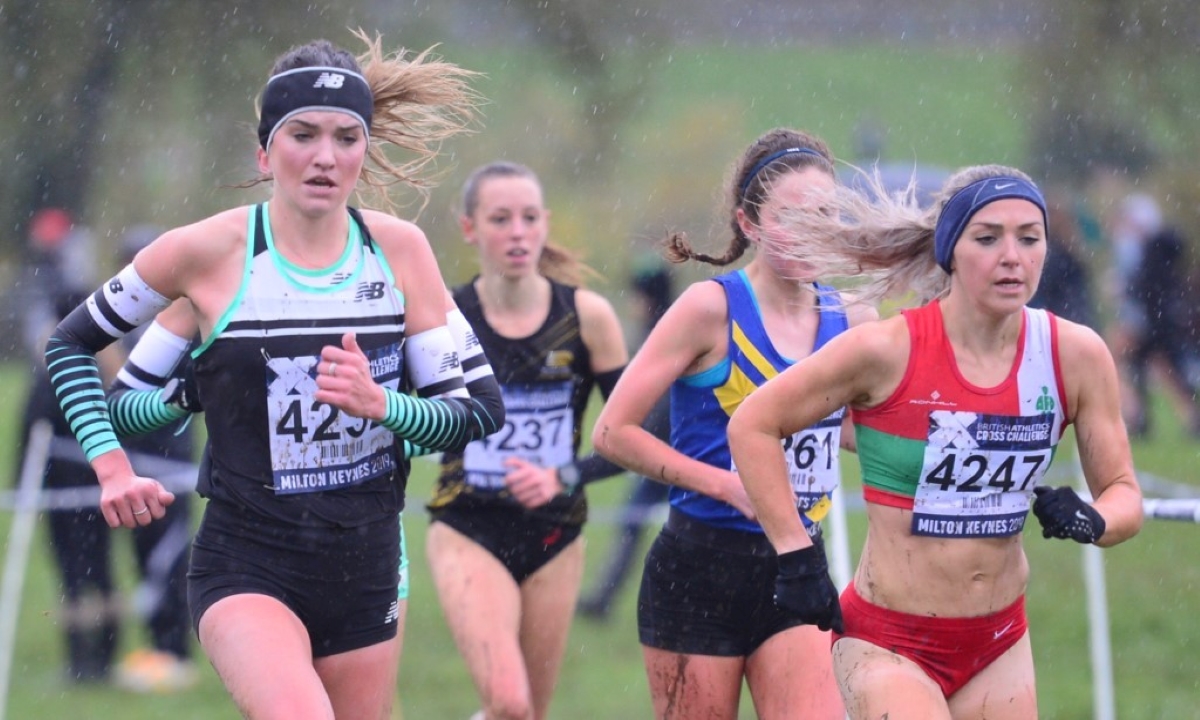 It’s been a quiet weekend to finish off a tumultuous year, but Hannah Irwin adds her own festive race to the round-up.

On the last weekend of 2020, a year which many will be pleased to see the back of, some speedy performances came to the fore. This weekend wasn’t about quantity, but the quality was definitely high.

Over cross country, the road, and even in the sky, some of the country’s best tore up the ground with their speed. However, with the tightening of restrictions for a lot of people and Christmas Day ending in ‘tiers’ for everyone, many were saddened by the inability to leave their local area to head to races further afield.

The podium 5k offered those in the area the chance to test their fitness one last time this year. The course, well known for being fast and flat, has come to be one of the most used courses for racing this year.

Plenty of athletes have flocked there in search of PB’s which the competitive field has always provided. This weekend allowed athletes to finish the bizarre year of 2020 with a bang.

The race saw multiple battles commence between Beth potter and Kate Avery, Emilie Cairess and Ross Millington, Eleanor Bolton and Hannah Nuttall, and between Luke Duffy and Josh Cowperthwaite. However, with the lack of regular racing, there was no predicting who would take the win.

In the men’s event, the competition was really on between Cairess and Millington to see who would come out on top. In the back of Storm Bella, athletes gave their all to push in the conditions. From the outset a large group of athletes formed, all working together. Emile Cairess is at home on the road, track and cross country. Photo: Pete Brown

This pack remained for the majority of the race but taking home the win was Leeds City AC’s Emile Cairess, who crossed the line with a narrow 1 second lead in 14:11. Ross Millington came in second with 14:12.

The field was stacked with just seconds between the runners as third place went to Joe Wigfield (St.Mary’s University) in 14:13. Yet just another one second behind was Richard Allen (AFD) in 14:14 and Sam Charlton (Wallsend Harriers) in 14:16. All 12 athletes in the race finished well under the 15-minute barrier, proving just how strong the field was.

No Potter, but Avery one’s a winner

In the women’s race the win went to the incredible Kate Avery, who despite an extremely difficult morning, pulled through and gave a hugely strong performance.

Avery (Shildon AC) crossed the line in 16:18, with a much clearer winning margin than the men’s race.

After competing over the 10k distance a few weeks ago, Hannah Nuttall dropped down in distance. The Charnwood AC athlete, who came 3rd in the steeplechase at the British Champs, had a strong race to clock 16:38 for second place. It was GB U23 cross-country athlete, Eleanor Bolton, who secured the bronze medal position in 16:59. She was shortly followed by Mollie Williams (Stockport Harriers) in 17:06. The fifth female finisher in 17:16 was Anna Bracegirdle. This is a photo from a Guernsey XC race in 2018, but maybe some of the people were racing this weekend too? Photo: Phil Nicolle

Always a race on Guernsey

In Guernsey there was hot competition at the Boxing Day Cross Country. The strong field boasted a depth of 160 runners who battled it out through the mud, hills and grass, before the rain arrived. Alex Rowe returned to defend his title from last year and had a clear win ahead of his fellow Bath teammate, Dan Galphin.

Rowe came in with a time of 26 minutes and 43 seconds just ahead of Galphin in 27:04. The UK based Island Games Triathlon champion, Josh Lewis, took home third 40 seconds behind 2nd place.

The middle part of the race saw the arrival of some brutal headwinds; however, this didn’t seem to slow athletes down.

Taking home the win out of the women was Megan Chapple with a solid time of 31:11. Nix Petit was seconds just 24 seconds behind, followed by Rosie Williams (32:48). Summer Woodhead also had a commendable race, coming in in 32:54 at only 16-years of age. Definitely an upcoming youngster!

One last dash for the line

Last year’s winner, Rudolph, who has taken the win on multiple occasions due to his lighting benefits of having a bright nose to light the way, sadly lost after a wrong turn in the final quarter of the race.

Rudolph lost sight of earth just as they had flown over Africa and instead headed to orbit an unknown nearby planet. This immediately put him out of contention for the win and meant it was anyone’s race.

It was Comet whose performance heated up as they neared the final stages of the race, but Blitzen had a lightning surge putting them neck and neck. With just metres to go both reindeer had the chance to make it to the top of the podium and they crossed the line together.

It was then down to the photo finish to decide. It was Comet’s fiery determination (and maybe that extra carb-loading mince pice) that earned him the gold medal, with Blitzen in second and Dasher in third after a late charge. Rudolph sadly DNF’d and is rumoured to be investing in a new GPS watch with navigation features for next year.

We wish everyone a positive and healthy 2021 filled with plenty of fast racing!