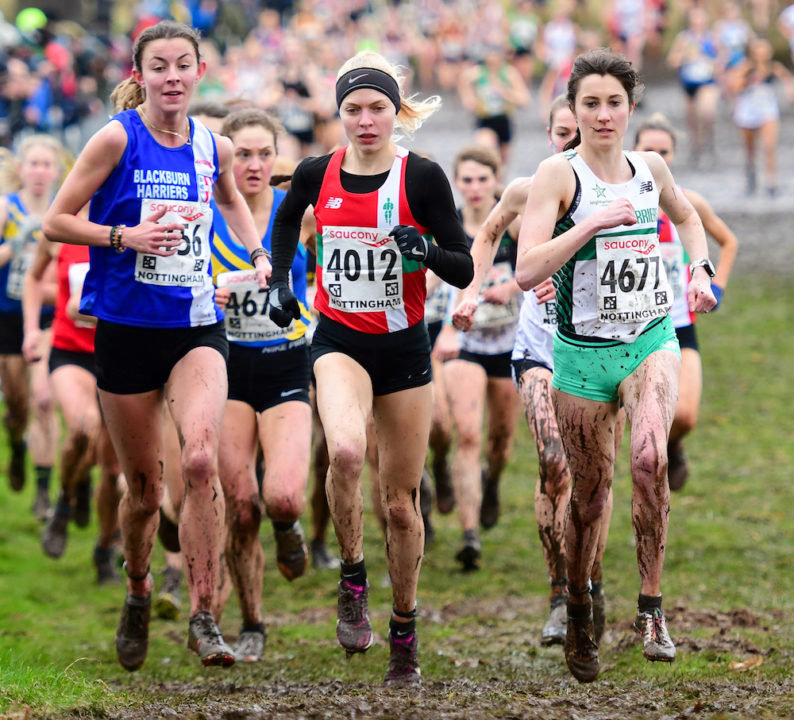 Bláithín Shiel talked to Órna Murray about the importance of encouraging female participation at all levels of our sport.

Participation – it is the entry point for every single runner. I doubt that even Sonia O’Sullivan or Paula Radcliffe wanted to go to the Olympics after their first run.

Big dreams may be dreamt very quickly by a child with talent, but more often than not, elite runners trace their roots back to running around fields with their friends as kids, having fun.

Others start to lose weight, to improve their energy, or for their mental health. Not everyone enjoys running. We all have different motivations. But at some point, we all started to participate.

There is space for everyone in the running community. If you are reading this, ask yourself, how do you describe yourself and what space you occupy? Is there space for you to interact with runners who fit another description? Consider it for a minute before continuing to read.

Whether you are competing on the World stage, trying to break 30 minutes for the 5km, a club runner trying to be competitive on the national stage, or involved with a social inclusion project – we have so much in common. Yet we experience running differently. Murray with her international team mates at the 2014 European Cross Country Championships. Photo: Provided by athlete

Chatting with good friend Órna Murray, founder of Your Health Psychology, about the different types of people who occupy the running world was insightful. The once obsessed runner, who is now gone rogue for the good life, reflects on the short time she spent on scholarship at Stony Brook University, New York. Murray eventually returned to Ireland to complete her undergraduate education.

“In the States you were watching people. If someone was doing well they would be popular and you’d think ‘I must do better.’”

In retrospect, Orna recognises that she was caught in a chronic injury cycle in a not-so-positive environment and eventually had to take a break from the high level that she was competing at.

The dedicated athlete’s identity as a runner changed as she healed. She began to occupy a different space.

“I would have been really snobby and not seen the value in participation when I was performing. This is awful but I was like why would you bother? That was my attitude. I only found value in my running if I was performing. I hijacked my own enjoyment of running.”

Nowadays, the Waterford woman runs for the same reason that she began as a child out in the fields at the back of her house. It’s fun, it connects her with friends and family, it’s meditative and it’s freeing.

“No athlete is separate from their environment.” No person’s success is isolated, and success means something different to us all. In every group that sees a runner blossom, “you have people contributing socially and emotionally to the environment.” Everyone should get to celebrate the role they played in the web of someone else’s running.

Cheryl Nolan made a similar point in a FastRunning interview. The distance runner said “if someone is doing well we are so happy for them…on any given day it could be any of us four. That’s our mentality, if she runs well and she beats me it doesn’t matter because we train together so I’m basically there.”

Órna describes the dynamic of the training group at NUI Galway, where she pursued her Masters degree. Some were training hard for National and International competition, others were working towards their own personal goals, and there were a few who just loved running for fun and brought good energy to the group.

There was space for all kinds of runners.

“It was cool to take a step away from self. Someone would do well and we would all be like yes! You win, so I win.” How do we keep girls in sport?

If we can keep the entry point for sport as open as possible by creating environments where anyone at any level can thrive, this opens doors for people to then go wherever direction they want to go with running.

I started running in college to maintain some general fitness while pursuing my professional career. I happened to meet some really nice people, and despite never having done a session before, I was made to feel like a valued member of the team by the coach and captains. If I had not been given the space to bloom at my own rate, I wouldn’t have developed into an athlete. I would not be writing this today.

That environment does not exist everywhere though, I feel lucky not to have experienced what Órna did. “It comes down to creating environments and an energy of collaboration.”

We need to “help girls, particularly when they are younger, see that not everyone is competitive and that they can share so many resources.” If we can create an environment that has a strong base, it will lead to a stronger sport as a whole.

Where does leadership come in?

“We put a lot on coaches but it’s what the athlete brings themselves. They can be guided and pointed in the right direction, but at some stage you need to take an active involvement. What can you create and what can you do to encourage other team members to support each other.”

It takes a lot of self confidence and self-awareness to keep your mindset in check. The Dublin University Harriers and Athletics Club (DUHAC), also known as Trinity Athletics, are known for their open ethos that values the entire spectrum of “runner.”

Complementary to this success, DUHAC consistently enters large teams ranging from the performers vying for team and individual glory, to those who are trying cross country for the first time, and most importantly, everyone in between. The athlete who was the 8th scorer for her team in her first year, became the 3rd scorer on a bronze medal team in her final year.

The implicit and enduring ethos has created a space for people to dip in and out of running and allowed so many athletes to blossom in their own way at the right time. Murphy commented that “it’s so often forgotten by ‘runners’ that participation is the whole point of it all.” The 20×20 movement didn’t exist when Órna probably needed it.

It is “changing language around women in sport. We can create this space for girls so that they don’t need to be as competitive, because they know there is a space for them in sport and they know that it doesn’t matter if they’re winning or participating. They are going to be valued.

You can be here to partake, support or win.” Equally, Órna fully supports the girl who wants to win, but believes that all the options need to be available.

“If you want to be involved and make friends that’s so valuable and we need more of those girls getting involved. They’re the ones down the line who might be some of our best athletes, because they have enjoyed their sport and are in it for the right reasons.”

The problem is beyond sports

“Society doesn’t support young girls enough. They are sexualised so early that if you are involved in sport you have to be good because otherwise why are you in it? I felt I really had to justify why I was in sport.”

This was her experience, and no doubt the experience of many many others. It is probably why many people drop out if they aren’t “making it”. But it does not have to be like this, and has not been this way for many others.

She hopes the sporting environment can be “more inclusive so if girls don’t instantly identify with something, they still feel there is a place for them.”

Órna Murray’s Instagram is great place for those wishing to follow the discussion further, as well as this podcast with Sports Sociologist Dr. Holly Thorpe On Issues Within Female Endurance Sport Culture.

Good enough for “Performance of the day”?
Know what you know