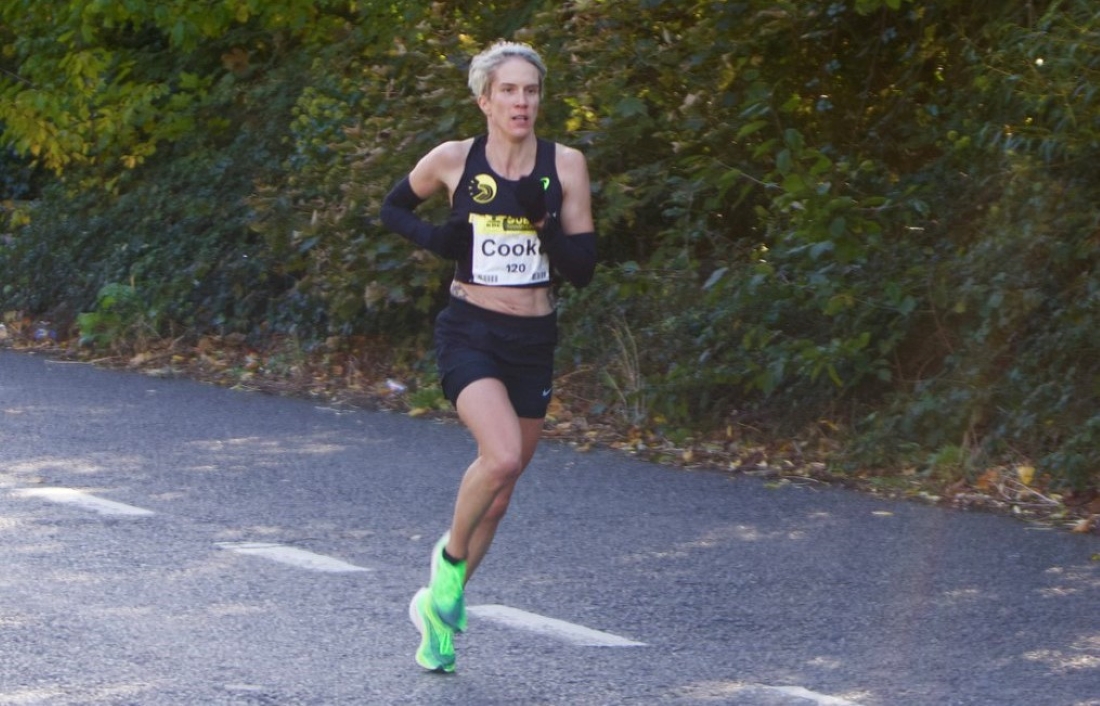 Blaithin Sheil was delighted to attend, on behalf of Fast Running, “Standing Proud: My Life as an Elite LGBTQ+ Marathon Runner with Aoife Cooke.

The reigning National Marathon Champion is known for her success over the 26.2 mile distance, who over the last few years has been focusing on getting that Olympic qualifying time. She currently sits at number five on the all-time Irish list (2:32:34), and at age 33, is still young with many good years of running ahead.

Cooke took the time to talk to over 100 registrants who tuned into the webinar about her experience in Ireland and America as a gay athlete and how that has shaped her experience.

If you thought Ireland was a conservative place until recent times, well Arkansas, where the Cork-woman attended university, could be described as equally conservative. Timing had Aoife in her first year of college when she came to the realisation that she was gay.

Only eyes for sport at first

As a secondary school student in the early 2000s, she was so engrossed in sport, “I wasn’t interested in boys, but it didn’t bother me too much”. Coupled with the fact that she didn’t know anyone else who was gay as a teenager, which, given the time, doesn’t surprise anyone, it wasn’t until she left Ireland and met people who were gay and became friends with them that “it was there that I came to the realisation that I am gay myself, and I had to let people know really.”

This realisation and subsequent coming out didn’t hinder her athletically, “I think it helped my running in a way, and in Arkansas there was no gay life anyway. I wasn’t going out to gay clubs or anything. It might have been different if I was in Dublin!”

Cooke made the all-too important point that what is going on in your personal life always shows up in your running, and once she came out she was happier in herself. “As an athlete, if you are happy with yourself and your life is going well, your performance reflects that.”

Easier away from home

“It might have helped that I was away from home, it was kind of a new life for me and people didn’t know me from when I was a child. It was easier to come out and be myself over there.” She told her family when she came home and “I was fortunate in the sense that I never really worried that they would really have a problem with it.”

The conversation turned to whether she experienced any negative feedback from the athletics community, or the community in general.

Cooke recounted one story, which isn’t an easy read. In Arkansas she was friends with a group of gay people. One girl was already out, Aoife came out soon after arriving, and another friend in the same group came out not long afterwards. They got a lot of stick, it was “as if she was spreading it”. There were people who were “less than accepting” over there.

It did lead to some awkward experiences for her. There have been times when she worked in offices where she “had that hesitation to tell people.”

She would ask herself “do I need this awkward situation right now.”

Also in the athletics community, “it can happen in the sport if you’re out at races and people are asking you in general , you know do you have a boyfriend, and you’re like oh god, what do I say to that now. Situations like that can cause a fear or anxiety.”

That example of being asked about boyfriends is something we can all be guilty of. The impact that seemingly harmless questions can have on an LGBTQ+ person is a good lesson on the importance of using inclusive language that ensures everyone feels free to be themselves.

On the whole though, the Eagle AC athlete didn’t find she faced many sporting barriers as a gay athlete. “I’m a bit biased here but in general when you go running to any sort of local race… runners are very supportive of everything.

There are all types of people go to these races. People who have all their different goals… Every person has their own individual goal and their own story as well. Everyone is so open to telling you where they’re from and what got them into running.  So, me being a lesbian runner was never an issue. I’ve been overwhelmed by how supportive people have been actually.”

Is this specific to the running world?

Running has a different vibe to other sports and it’s definitely a place that welcomes everyone, all types of people and personalities.

“There are probably stereotypes about LGBT people. Like a gay man can’t play soccer, and in the locker room there can be issues. That can make people hesitant to get involved in sport like that.”

“I feel fortunate, I haven’t come across negativity personally but that’s not the case for a lot of people.”

To support those around us, Cooke suggests letting people know that there is support out there. There is “a lot out there that is confidential, if you’re not ready to be open about it yet.”

There are also various support groups, Cooke recommends looking at the Sporting Pride website, which is a volunteer run LGBTQ+ community organisation who focus on developing sport within the LGBTQ+ community.

Sporting Pride aim to use sport as a medium for breaking down social obstacles.

I have said before that sport is a great equaliser, one of the few places that you can leave your misconceptions, prejudices, stereotypes, different backgrounds and issues at the door and just enjoy the sport for what it is.

There are Frontrunners groups in Cork and Dublin. Aoife is a coach in the Cork group, describing them as a “great bunch of people. It’s a running group and a social group – they wanted me to reiterate!”

Through Sporting Pride, any LGBTQ+ person can represent Ireland on the international sports stage, and the focus is on participation rather than competition.

Some big events coming up are the European Games in Copenhagen 2021, the Gay Games in Hong Kong November 2022. More information can be found about those events, as well as lots more, on Sporting Pride.

There are also various support groups, Cooke recommends looking at the Sporting Pride website, which is a volunteer run LGBTQ+ community organisation who focus on developing sport within the LGBTQ+ community.

To me, to you: Tips for runners moving house
Irish weekend round-up returns