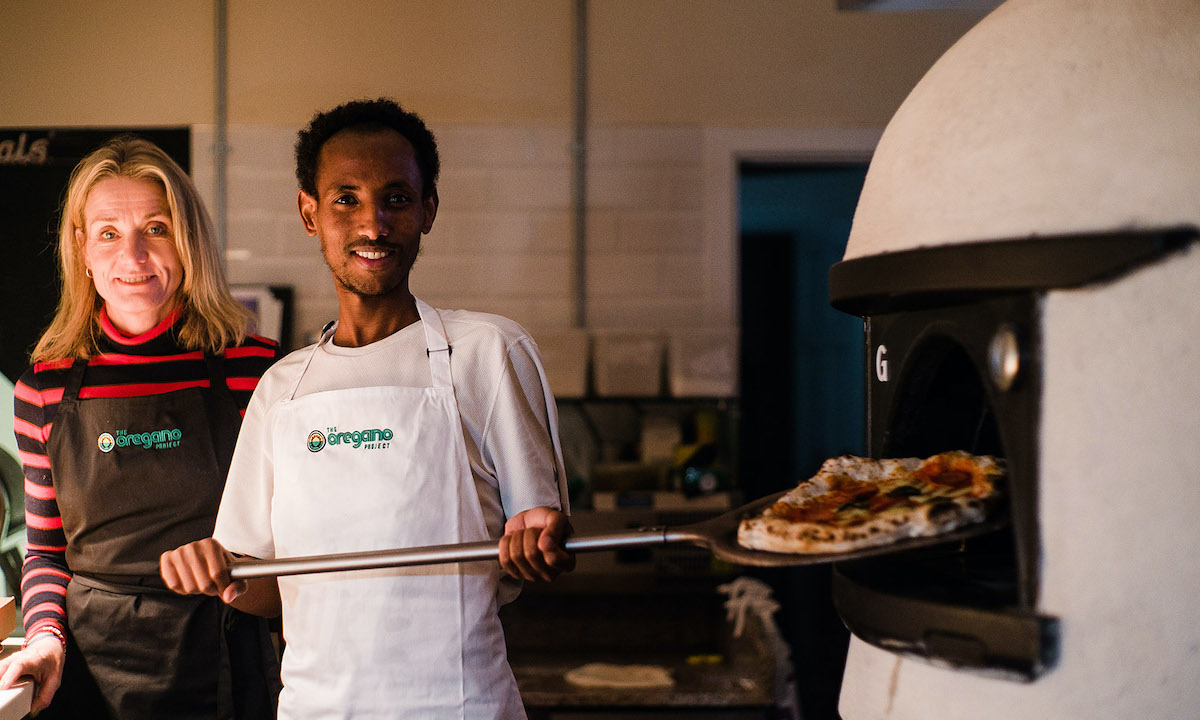 New not-for-profit cafe and pizzeria opened to provide employment opportunities and support for refugee runners and locals struggling to hold down positions.

The Oregano Project on track to deliver new pizzeria and café bar for Albrighton. A Shropshire entrepreneur is hoping to fuel the fortunes of refugee athletes through the power of pizza.

Lucie Tait-Harris, an accomplished runner in her own right, has invested a significant amount of money into transforming the former Platform Ale House at Albrighton Railway Station into a pizzeria and café bar.

Seating up to 35 people, The Oregano Project will offer diners an extensive selection of pizzas, all cooked with its own handmade dough and in a specially installed 800kg woodfired oven.

Eight jobs are being created and the aim is to provide employment opportunities for the refugee athletes it supports and for local people who may traditionally have found it difficult to hold down positions.

Run by athletes, but for everyone

“We wanted to create an informal dining experience in the village that would offer something different for everyone and we’re also delighted to bring an iconic building back to life in the process,” explained Lucie, who is currently the Number 1 runner in England in the V45 category for 1500metres.

“The pizzeria and café bar will help raise the profile of The Oregano Project and all the profits we make will go towards our charitable aim of supporting refugee athletes that are trying to create a new life in the UK.”

She continued: “It should be a good combination. Great tasting pizza enjoyed in a friendly atmosphere, with the added benefit that you are making a real difference to individuals who are fleeing wars and political persecution.

“Running can bring communities together and, once we are open, we are hoping to create mini running clubs and offer tips and training routes for people looking to get fit.”

The Oregano Project, which will also offer takeaways, will officially open its doors at 5pm on Friday December 3rd and will be open for breakfast, lunch, and evening sittings six days per week (Tuesday-Sunday). Its social impact is already happening, with Lucie and her team helping to support Omar Ahmed after he escaped political persecution.

The 24-year-old Ethiopian’s abilities as a runner were only identified once he had arrived in the UK in 2016 and he has made rapid progress since, settling in Albrighton as The Oregano Project’s first supported athlete.

A member of Birchfield Harriers Athletics Club, he is currently ranked 5th in the country for half marathons and recently hit the headlines when he won the Bristol HM in a time of 63 minutes, only to be disqualified as he had entered the 10km and had been directed off course.

Lucie went on to add: “Omar is a fantastic example of what we want to achieve with the Oregano Project. Whilst we have provided him with some support with accommodation and employment, his work ethic is incredible, and he doesn’t want anything gifted to him.

“He trains like a consummate professional and has earned himself a contract with Hoka One One as a result.

“Omar has a special talent for running and really doesn’t know how good he is…in fact I’m sure he’ll be representing Great Britain in the future.”

She concluded: “He will work at the pizzeria and café bar and, if things go well, we’d like to offer similar opportunities to more people looking to make a new life for themselves in England.”

The venue will also look to attract commuters and visitors to the village, with great tasting coffee and teas, wines, beers, and cocktails, not to mention a tasty breakfast offering that will feature its signature Calzone – a delicious mix of scrambled egg, bacon, mozzarella, parmesan, and tomato jam.

The Oregano Project has several exciting plans, with its own ordering App in development and a desire to launch other venues across the region.