How deep could you dig? 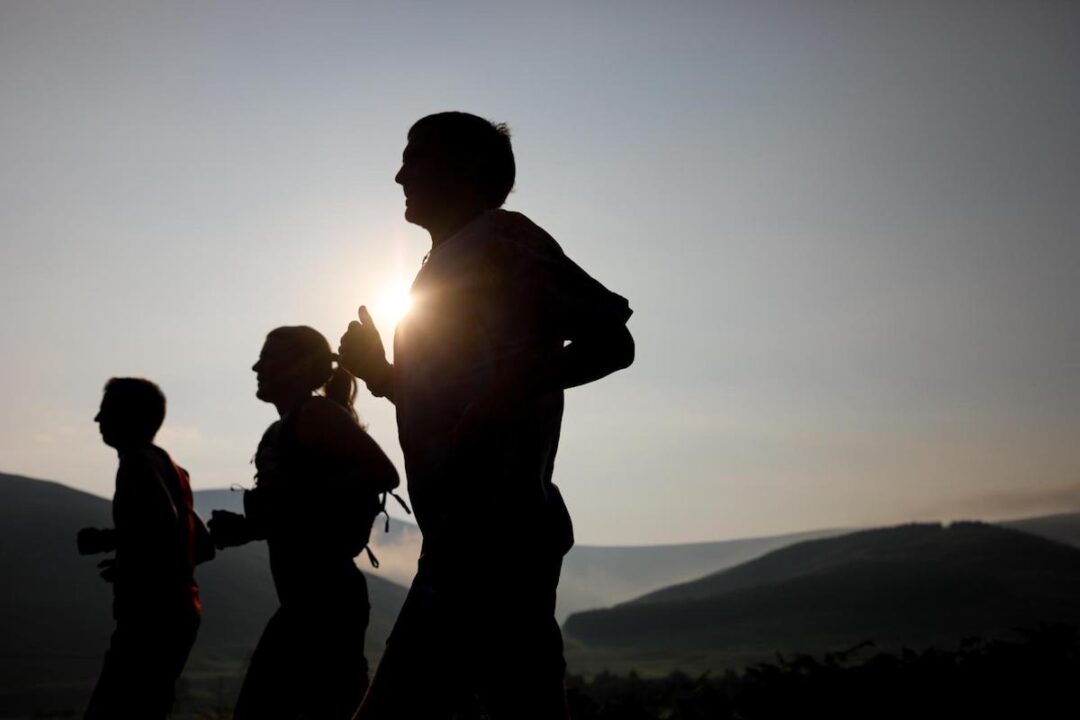 Ordinarily this article would have rushed out as soon as the GB 24hr runner had finished, but as part of the support team the exhaustion was a little shared.

To start, we’ll clarify that the record being targeted was the recognised ten days, two hours and twenty five minutes set by Richard Brown. The nine days mark set in 2002 is widely ignored in the ultra running community.

What Lawson achieved this month is one of the greatest British ultra running performances of all time. To witness it first hand was astonishing and to see the depths to which he dug was inspiring in the utmost.

To quote Lawson the day after “I’m a shell of a man now. I’m empty. Hollow. There’s nothing left.”

Both physically and metaphorically there will always be plenty of undulation in a record attempt this big. Having planned the route myself we aimed to take advantage of Lawson’s effortless ability to float uphill, but mainly in the early stages of the run and earlier in the day.

It was possible to cut miles from the normal 830-40 distance by taking trails and hills, both of which can cause problems for a runner in such a big endeavour. With our planned route around 815 miles and the final distance around 820 (diversions and a couple navigation errors), we were very happy with the distance.

When off the large A-roads that characterise this run for many, little shortcuts, trails and backroads were synonymous with saving time. Whether or not they were actually quicker, with a couple rough trails or hills asking questions, psychologically Dan knew he was on a shorter track. It all helps. The right people at the right time

Another key factor were the support runners. Note we don’t use “pacers” as it was vital Lawson kept to his own pace, or effort level, throughout.

Whenever company was needed, it was there. Such is the love and community within the UK running scene people were out on the roads selflessly helping out whenever it was needed.

At other times the mindful runner wanted his own space. To get into the zone. As he would say “the universe provided”.

Never before have I seen the energy provided by other runners so visibly transfer to another. A good spirited runner could pick Dan off the floor. With a mixture of distraction, not wanting to disappoint and just sheer positive energy, each supporter played a key part in the success.

As many as possible signed the support vehicle of Mick Seymour, who had been there with Charlotte Jalley, Dan’s wife, in the 2018 recon attempt that ended with a swollen runner physically unable to continue.

One of the most impressive elements of this record was Lawson’s continued dedication to fuelling. Something he’s dedicated significant mental energy and training time to is making sure he can continue to eat on such big runs. Simply put, without it he would have ground to a halt.

With SiS Beta Fuel playing a major part, providing the baseline carbohydrate intake, cheese sandwiches, pasta and beans all featured. The support vehicle waited around 8-10 miles each time with some real food and Tailwind Rebuild protein drinks. Whilst, for large parts, the support bike (James Elson’s childhood bike kindly lent for the task) provided Beta Fuel, Precision Hydration, Shot bloks and Vimto (not all together).

Even at the lowest points, including a difficult end to day three before Ludlow, Lawson dedicated himself to eating. Early (ish) evenings meant a proper dinner each night. Scampi and chips featured multiple times, as did pizza, pasta and a baked potato with cheesy beans in Perth.

From early on mouth ulcers caused significant pain and discomfort but it didn’t stop the man from fuelling. It played a huge part in his success. The ups and downs

A heavy bonk (possibly a combination of excessive sun exposure and/or low fuelling) on day three, was the first hurdle. A bath and a night’s sleep rejuvenated Lawson and each morning miles were ticked off with metronomic efficiency.

Relentless Forward Motion was his mantra and during the day he rarely stopped. Walking through each checkpoint, never once getting into the support vehicle, it was psychological as well as physical. He didn’t allow himself to stop.

Chaffing played a part and the end of each day got progressively harder but the first big hurdle waited until way past Inverness.

With fellow GB runner James Stewart in support, Lawson was falling asleep on his feet. Tired physically and psychologically of the tortuous A9, one of Britain’s deadliest roads, we stopped early for a 3 hour sleep.

Back out of the camper van, he moved well again. A 20km shortcut off the busy road provided a much needed respite. James Stewart, Jim Mann, Richard Brown (current record holder) and Alan Rankin (our physio who travelled 100’s of miles over 5 days of support) shared some of those miles and kept him in good spirits (as did the 8-2 Barcelona-Bayern Munich match we played on a speaker).

Despite a plan to push through to the finish, exhaustion hit again around 11pm. Slowing to a stagger, we started to worry. With Richard Brown, Jim Mann and I willing him forward, Lawson started to lose the ability to run.

At this point the support of filmmaker Dave MacFarlane was vital. There to make a film, his caring nature meant he was there to support too. Leapfrogging in half mile stints, MacFarlane made hot food on a camping stove and Lawson took a 10 min kip in the back of his van on the side of the road. It worked. Kind of.

After the 10 min sleep we made it the extra couple of miles back to the A9 and our main camper van. Another three hour sleep was needed. At four in the morning on Saturday, still 85 miles from the finish, came the darkest moment. Getting out of the van we all worried Lawson couldn’t finish. He could barely use his left leg and stumbled back onto the road.

Supporting on the bike, mentally calculating when this pace would see us reach John O’Groats, things looked grim.

After picking up a little Lawson asked to be left alone. As a coach, friend and supporter it was a really hard moment, but it felt key. By leaving Dan alone we showed him our belief, our trust in his ability. Long gone was the ability to convey that belief in words as our voices and faces were full of worry.

From then on he barely stopped. In a 22 hour final push Lawson ran to John O’Groats, stopping once to hug his Mum, who had surprised him before Wick.

Getting to the finish around 2am Sunday morning, the celebration was muted. From experience, in a multi day effort like this, one celebrates not at the end, but when realisation dawns that you will finish.

For every moment before, the days and hours where success isn’t guaranteed, you have some self-doubt. When you get close enough that you know you will finish, you allow a small celebration. This was a few hours before the actual end.

A culmination of not just two attempts, years of ultra running and the recent training block, this record is a sum of Dan Lawson’s entire life. Every part of him played a part in this success. The team simply helped him reach his own potential.

So after nine days, 21 hours, 14 minutes and two seconds, Lawson became the first man to run the length of Great Britain under 10 days. Well done mate, you did us all so proud.

Dan Lawson ran the entire route in second hand clothes, promoting sustainability through his own ReRun Clothing. Ask yourself, “do I really need that tee-shirt?”

Are you getting psychological rest?
Heel striking makes little difference to marathon