Good enough for “Performance of the day”? 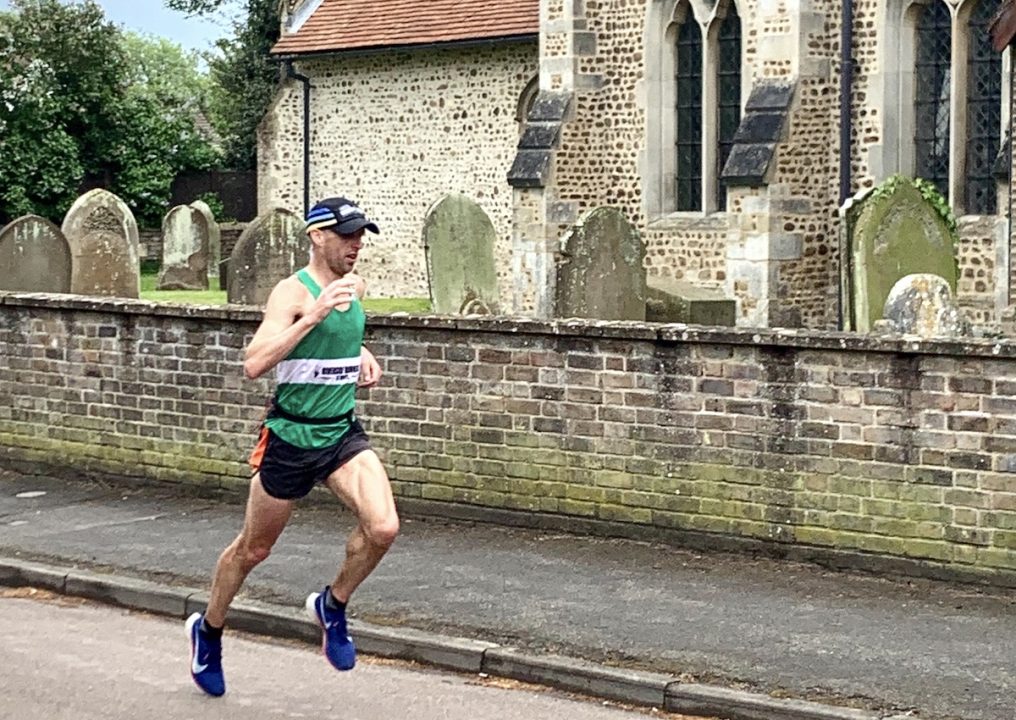 The Wings for Life World Run went ahead as a virtual affair and a British ultra-runner was best of the bunch.

“The first five miles I went a bit harder,” remembers Taylor. “But that was just to get going and then I relaxed for the most part. I did have to work a bit harder at the end”.

Last week RAF man Michael Taylor was the global winner of the Wings for Life World Run, covering a total of 69.92km at an average of 5:47 per mile. As the voice on the app itself said itself at about 35 miles in “holy shit, you’re going fast”.

The overall female winner was Nina Zarina, of Russia, who covered 54.23km to celebrate her second consecutive global win of the event and ran a 2:39 marathon PB at Valencia last year.

“It was part of the build-up for Comrades [which has since been postponed] so I wasn’t even going to run, but as I’d donated my entry fee Wings for Life offered a free entry in the App Run and I thought “why not?”. Running for those who can’t

The Wing’s for Life charity, set up by Red Bull to fundraise for spinal injury research, has been hosting an annual race around the world for seven years now and this year the unique “app run” came into it’s own.

With COVID-19 leading to surge in virtual racing it seems fit that one of the organisations already using virtual participation would come to the fore.

“It was difficult to think of somewhere pretty clear of people to go for the run,” said the St. Neot’s Riverside Runner. “Normally in the first and last half mile of my runs I’ll see loads of people but then it’s a lot quieter throughout.

So with that in mind I used a 2.5km loop we’d used before for tempo runs, set up a little checkpoint and away I went. Actually I checked with the local community police officer first, just to check they were okay with it too.”

Talking to the RAF athlete there is one thing that rings true throughout, running is part of the family. “The family and some friends timed their daily walks so that they could cheer me on at times.

Because no one could walk together it worked out well for me as the support was spread out and I made sure to keep my distance each time I saw them.”

A father of five, with a full time job, Taylor makes sure that what time he does have to train is well used. “Every run has a purpose,” is one thing the Ironman athlete wanted to get across. “But it’s only been this year that I’ve really focused on running.”

It seems to be working well, as Taylor was selected to run the Anglo-Celtic Plate for England after a fine victory at the historic Barry 40 track race earlier in the year. It was another sub six mile effort with a finish time of 3:53:04.

“Comrades had been the target alongside the Anglo-Celtic Plate. I’d like to have a crack at Steve Way’s British [road] record” of 6:19:20, with the outright British record of 6:10:20 set by Don Ritchie all the way back in 1978. Taylor hasn’t just appeared out of no where into endurance running though. As an youth he was a pretty handy 800m runner until an injury stopped him running for over ten years. Picking up cycling whilst based in Italy kicked things off again though.

“Ironman and Kona has been a goal for a few years now and my marathon PB was actually in the build up to Ironman France last year.” Taylor ran 2:25:12 without a taper and also holds the RAF Ironman record at 8:51.

“I’ve never been a fan of the super long run though, even now I’m focusing on the running more. My weekly long run is normally a couple of hours. You’ll get the aerobic benefits you want, but also without too much damage.”

Even when training for Ironman you wouldn’t describe Taylor as “high mileage”. “Initailly it would be ten hours a week total, but that went up to around 13 hours per week, with 5-6 hours of running, for Kona.”

“With five kids you can’t be out all hours training and it’s the consistency I focus on. In 2017 I clocked 15 weeks of around 13 hours and was in great shape because of that,” said the sub nine hour finisher.

As well as that injury as a young 800m runner Taylor has certainly had his fair share of bumps. A cycling accident after a “speed wobble” back in 2016 saw him break his back and a condition that affects his blood clotting has led to complications too, but he keeps working back to fitness.

One thing that is clear is the man loves his sport. Talking to Taylor about racing, nutrition, training, local cross country and even the work that needs to be done to provide a level footing for females in our sport, the time passed quickly chatting away.

“Having daughters who are heavily involved in the sport too means you take more notice of certain things, like how race reports and sports news are male focused.” Even this article is a focus on the male winner of the WFL Global Run, but there is a British interest. The judging panel for “Performance of the Day”.

Performance of the day

Once again the family is a big part of Taylor’s sport and there is clearly a lot of pride. One story stands out though, with regards to the “Family performance of the day”.

“After each cross country we’re all sit in the car and decide who had the best run that day and luckily we have enough of us to make it a healthy debate,” laughs the father.

“It’s not often it goes to the fastest though, but whoever has worked hardest or made the biggest improvement. I’ve only won it once and I really had to bust a gut.”

Hopefully the family decided that Dad had the performance of the day last weekend, otherwise who knows what he’ll have to achieve to win it again.

“I’d like to have a crack at Jim Walmsley’s 50 mile record. I was on pace for it on the WFL run, so it seems doable”. Maybe a World Record would get you family bragging rights Michael?