Getting the buggers to turn out 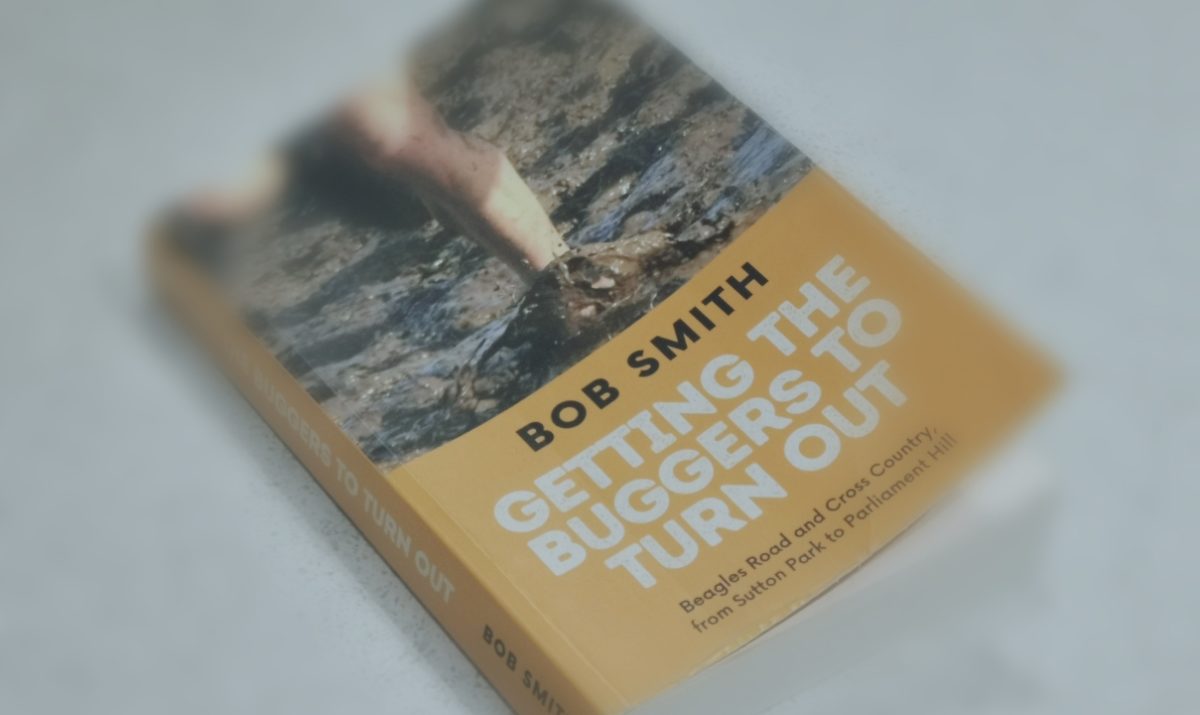 In a past life I worked for sportscoachUK. Based at London South Bank University I shared an office with Bob Smith who was at that time managing England Athletics’ work in the build up to the 2012 Olympics. Relatively new into coaching I remember struggling to get my head around how one man could have such an in depth knowledge of club sport and I treasured those chats we had.

Bob’s death from cancer in 2017 was met with a huge outpouring of sadness but also reflections on the impact he made on the sport. We were lucky to receive a copy of his memoir ‘Getting the Buggers to Turn Out: Beagles Road and Cross Country, from Sutton Park to Parliament Hill’ from his son James. This touching book details the club’s journey from struggling to get together a scoring team to national success.

“Bob was unusual in that it didn’t matter if you were an elite or a newcomer to sport. Bob always had advice and time for everyone” said Dave Mitchinson in the foreword. This was absolutely my experience of Bob.

Smith masterminded the Newham & Essex Beagles area and national road and XC relay teams featuring the likes of Keith Gerrard, Mo Farah and Moumin Geele and is fondly remembered by track and field and endurance athletes, coaches and volunteers alike.

What is striking about the book is that many of the situations that Bob describes will be familiar to many a club coach or team manager, but despite that the book never becomes dull or routine. That is in large part due to the quality of the writing. Simply put it is full of sharp wit and engaging anecdotes.

Having known Bob I wasn’t surprised by this but the book has a page turning quality that is often missing in books on sport in general, let alone self published ones. As James told us:

“A real love for the sport shines through the pages. The memoir is a bit of a Who’s Who of distance running; Bob had an amazing memory, and I can vouch for that because I checked all the times and results!”

It’s a fantastic book for athletics purists. It gives a fascinating insight into the conversations and little details that surround great athletic performance. The friendly, and occasionally less than friendly, rivalries and the dedication, badgering and simple force of personality required to hold together a successful team in an individual sport.

For anyone involved in club athletics the personalities that feature throughout the book will trigger many memories and Smith somehow captures the purity and romance of genuine, grass roots club sport throughout. This is captured beautifully in the chapter on the 2012 Olympics instead of where instead of focusing on the individual success of former Beagle Mo Farah he instead writes

“…occasionally Beagles runners produce top-notch individual performances in the club colours, and an instance of this was at the 2012 National Cross Country Champs at Parliament Hill.

Keith Gerrard and John Beattie were both superb that day, and I like to think that at some distant point in the future, when they’re bouncing their grandchildren on their knee, they’ll tell them that they used to be a runner. And when they’re asked if they won any medals they’ll go to a chest of drawers and pull out their National medal”

Offering advice on the best eateries in East London might sound an odd juxtaposition in a book focused on sporting success and struggle, but somehow it just works and fits with Smith’s endearingly droll story telling. In the chapter ‘Top Dogs? Not in Metroland’ he offers his eight top cafes around Newham. We even get an insight into his favourite motorway service stations – a critical aspect to successful team management.

This fits because the romance of athletics isn’t formed for most in Doha or in a Diamond League. It’s carved out on cold muddy day’s at Parliament Hill or Sefton Park with the blood, sweat, tears and smiles of athletes with nothing more to gain than the pride and glory of their individual and team effort and on the dedication of volunteers.

When asked what he most remembers about his Dad James told us:

“I mostly remember the Friday evening last-minute disasters and panics! Dad would be on the phone all evening before an upcoming competition, calling athletes to make sure that they were still available, and scribbling down drafts of 12 Stage leg orders and his predicted times.

He had a huge amount of pride in his team, but I got to hear some other choice words for them when they dropped out with a bad excuse! He lived for the sport, the team and the competition; I can remember him beaming when the Beagles won the National XC Championships in 2009.”

Towards the back of the book Smith offers fantastic words of practical wisdom. In ‘The Ideal Team Manager’ Smith takes the reader through the roles of a team manager and the resilience required to be successful at it. In the following chapter he itemises the tasks required to submit teams for competitions and as I was reading these chapters I wondered if this sort of basic, practical advice has ever actually been published before!?

Whether it’s recounting a story of a near 300 mile last minute round trip to drop off a Newham vest to Mo Farah for a race that he didn’t use or vivid descriptions of the glory of years at Sutton Park the book is written firmly in Bob’s voice and there is no higher praise we can give. It is a fitting way to remember a man who impacted the lives of so many in the sport.

We shall leave the last words to James and encourage all readers to get hold of a copy of the book, which is available on Amazon.

“Bob was a passionate believer in the power of community involvement in athletics—and sport in general. He believed that athletics should be for everyone, and like his father—the 400m coach Mike Smith—Bob always had time for people regardless of level or ability. I’ve been really touched by stories from people who met my dad over the years; he wasn’t only available to speak to the Newham teams—if you cared about athletics, Bob cared about you.”

Three running ghosts of Christmas
Seven of the best in 2019