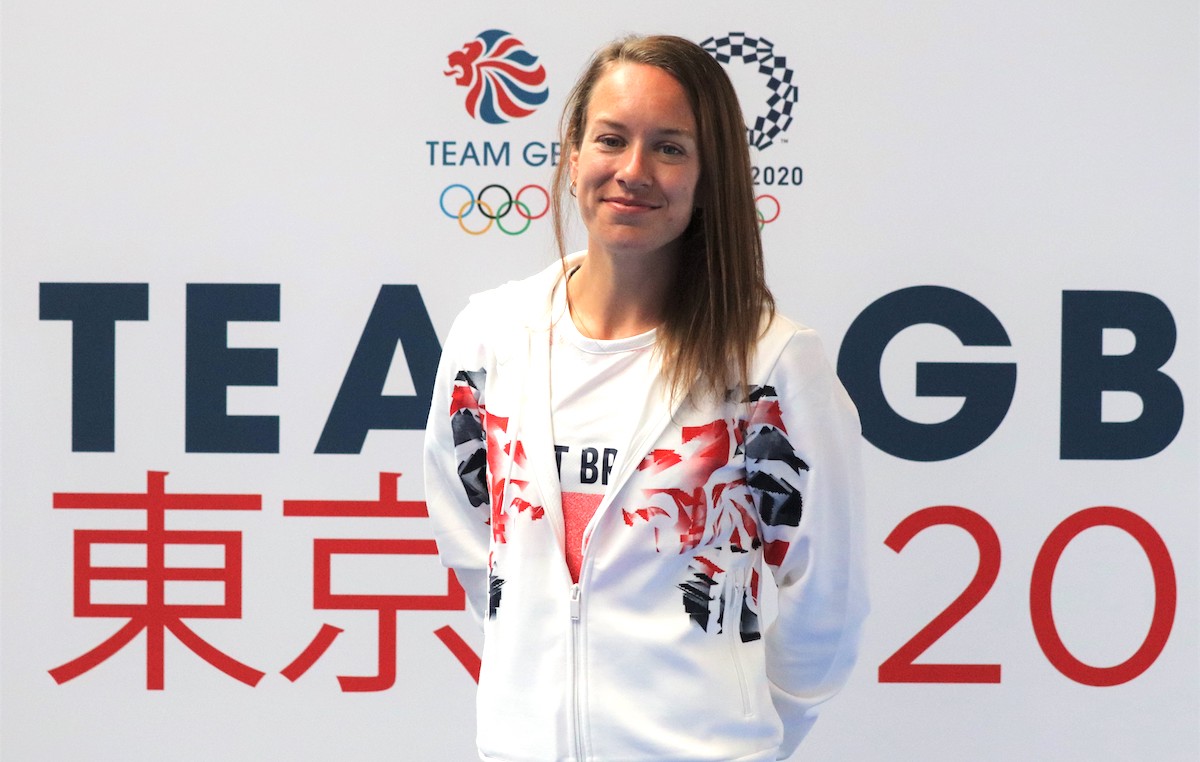 James Rhodes spoke to Steph last week at the Team GB Kitting Out event, where she picked up her kit and clothing for the trip to Japan, about her training, expectations and excitement for her third Olympics

It is now just seven weeks until the athletics action gets underway at the Olympic Games, and my ‘Countdown to Tokyo’ series continues with a conversation with Steph Twell, the second of a trio of British women who will be taking to the streets of Sapporo in northern Japan for the marathon.

Her selection follows an impressive 2:30.11 debut at the distance in Valencia in December 2018 before securing the Olympic standard with 2:26.40 in Frankfurt ten months later, a performance that currently sits sixth on the British all-time list.

Steph’s range of PBs put her in the top-20 British women in history for all distances between 1500m and 10,000m on the track, and the mile to marathon on the roads.

Of course, my first question had to be how it felt when, whilst a couple of months ago now, Steph got the call to say she’d been selected for the marathon and would be going to her third Olympics, and whether being at the Kitting Out had furthered the excitement levels:

“It was an amazing call because this is my third Olympic Games, and to me I really want to tell other young athletes, young females as well, that continuing to follow your passions and to follow your goals, and enjoying the sport, is just as fruitful as being successful. I think that really key; I love the sport and I am happy to represent Team GB in August.

It’s fantastic to be here today as it is a real milestone in the investment I have made my selection. It’s been a really tough road throughout COVID but the plan was always to be here competing for the marathon, and I’m delighted to be representing Team GB”.

In a year disrupted by COVID, last year saw Steph’s only races be a 33:38 third-place finish at the SM 10km in Switzerland and a non-finish at the elite-only London Marathon on a cold and wet October Sunday morning. However, she has not long returned from a stint of training in Houston and at altitude in Flagstaff the United States, with training partners including Katie Snowden and Adelle Tracey. Whilst these times may be a fair way shy off her PB, it shows progress in rehabilitating from hamstring tendinopathy and plantar fasciitis symptoms that prevented her from racing at the Olympic trials in Kew Gardens. I asked how training has been going and how she feels things are progressing with less than 60 days to go:

“Things are going really well, and I want them to hopefully stay that way so that I can deliver the best performance on August 7th!

I’ve done really well since the start of the year; I think the first lockdown has taught me as an athlete to adapt. It was hard during the first lockdown to not have access to a physio or gym, and as a result I decided to train out in the US. That has helped me to come away a lot fitter and a lot faster than where I was back home when I couldn’t access the gym or physio.

I’ve got two months to go and am really looking forward to having a time trial for training this weekend. It will be socially distanced, which will be a new challenge in my build up to have a socially distanced race without a wave start.

However, I am looking forward to that to see where I’m at and where I’ve got to head in the next eight weeks”.

Unlike her marathon teammates Jess Piasecki and Stephanie Davis, for whom Sapporo represents their debut at a major championships, Steph is no stranger to the international stage.

Her resume covers representing Great Britain on the track over a twelve year span as a senior including two Olympics, three World Championships, three European Championships (winning a bronze over 5000m in Amsterdam in 2016) and three Commonwealth Games (1500m bronze in 2010).

Whilst on the track not road, this wealth of racing has allowed Steph to experience racing in tough and hot conditions in locations such as in Dehli, Rio and Doha, something that the athletes will likely have to contend with in Sapporo.

Does Steph feel these experiences will help when it comes to facing the potentially tough environmental conditions, and is it something she is building into her training programme?

“Absolutely. I don’t think any athlete can ignore it. We are going to have to be prepared for perceiving the heat and knowing that we’re going to be out in the heat, especially for the marathon and over a long period of time.

I am absolutely focusing on that [in training]. I’ve been to humidity training in Houston, and back here in Britain we’ve been blessed with some lovely spells of hot weather which I am enjoying. I’ll continue to adapt over the next eight weeks with some acclimatisation processes to support that.

Obviously physiologically it is going to be a really tough challenge, but I am happy we can have the support out there to ensure that we finish safely and that we can deliver our best performances. I am really grateful for the International Olympic Committee moving the race to Sapporo and having considered previous races in hot conditions to ensure that there is going to be the safety for the athletes that we need”. It is fair to say that recent weeks and months have witnessed unprecedented performances both on the roads and track, with athletes from both Britain and globally excelling. Steph and I spoke about these performances and whether there are there any races she is particularly looking forward to seeing unfold in Tokyo as a spectator and fan of the sport.

“I am excited for my event and the marathon going to one of the homes of marathon running. Japan has got such an amazing running culture, especially for the long distances, and I think that it will be super special for me to experience that as an Olympian for the marathon”.

The 10,000m is a distance that Steph has fond memories of, having won the 2019 British Championships at the Night of the 10,000m PBs, and representing Great Britain over the 25 laps at the last World Championships.

“As well as the marathon I haven’t lost my speed, and I’m really happy to see two World Records this week over 10,000m. I think that is going to be a fantastic race for those that have just been selected and I wish them the very best of luck. I would love to be there in that event as well if the timetable had permitted, but they’re both on the same day. I’m also following the likes of the 800m being so competitive at the moment and I’m supporting all the girls. It’s so exciting to see how well people are regularly running sub-two minutes.

Equally, as a Scot, I support Laura [Muir} and Jemma [Reekie], Jake Wightman and all my fellow Scots out there who are running superbly and I think this could be the Olympics where we see everyone shine”.

Sidenote: whilst Eilish McColgan and Jess Judd were the first two across the line at the Olympic Trials last weekend, and the British Athletics selection policy notes the first two would be picked for the team as automatic selections, the 10,000m team members are not officially announced until the 29th June.

I’ll end with an upbeat snippet of our chat, which sums up the overall mood well. Steph has been a fantastic figure for the sport and inspiration to many (myself personally as an athlete included), and I hope she has the race she deserves come Friday 7th August.

“I’m really excited for what’s ahead. I am super excited to race and hope that will continue until on race day!”

Trees not Tees heads stateside
The ‘Now What?’ of biokinetics